It was EVERYONE’s first flight back in group setting for about a month, at least. @AeroMechanical and @Bogusheadbox were kind enough to help guide me through some Squadron F/A-18C Air-to-Air tactics, and they gave me some pointers on terms, etc.

We all launched off the Eisenhower within about 20 seconds of each other, and formed up, with Aero as lead, me on the left wing, and Bogus on the right. We climbed to about 20,000’, and they taught me how to turn individually (sorry, I forget the term), where if we’re line-abreast, and we make a left-hand turn, then Bogus would turn first, followed by Aero, then me. We’d end up just reversing slots, while keeping 1-mile gap between us (a little more, a little less).

Then he spawned some bogeys.

We went over some lexicon, with an emphasis on brevity, but I did figure out how to STT on the assigned target, with orders to fire inside of 20nm. Well, they fired at 26, and I pursued to get my shot in. 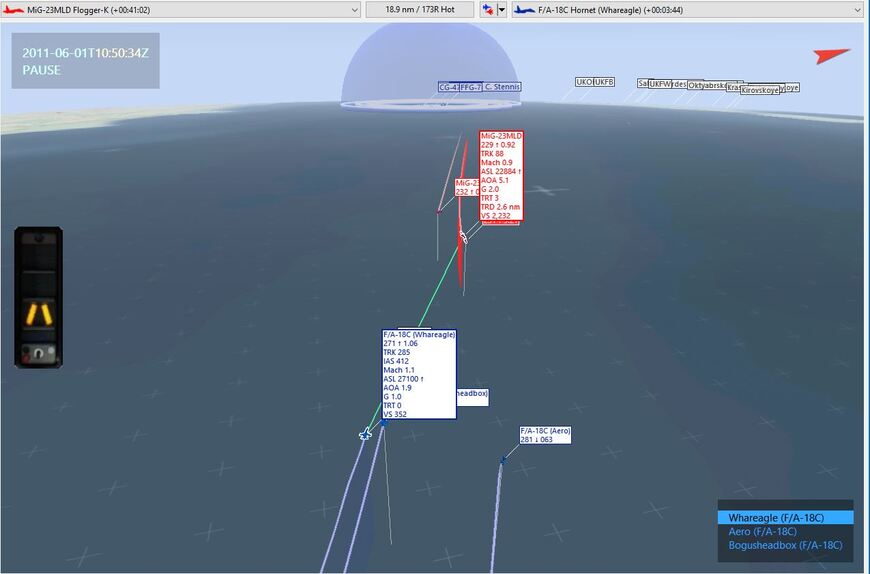 The Mig got the first shot off, aimed squarely at Aero, but Bogus and I continued…

We fired simultaneously, from about 14.3 miles out. 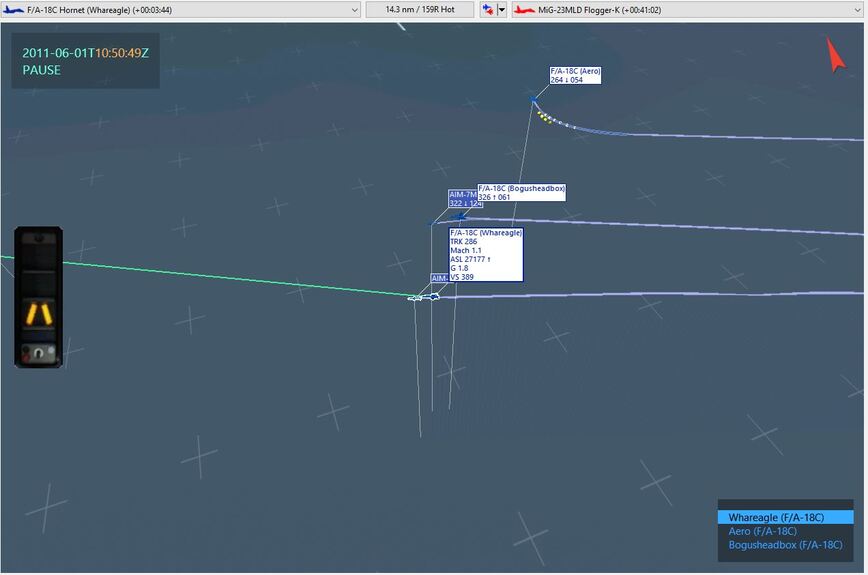 Both missiles tracked after the trailing mig… 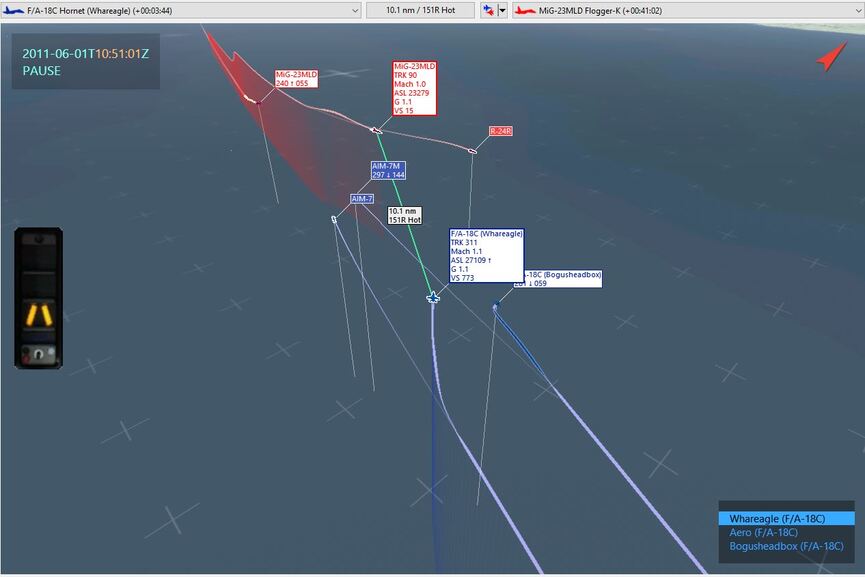 That guy started dumping chaff, but… 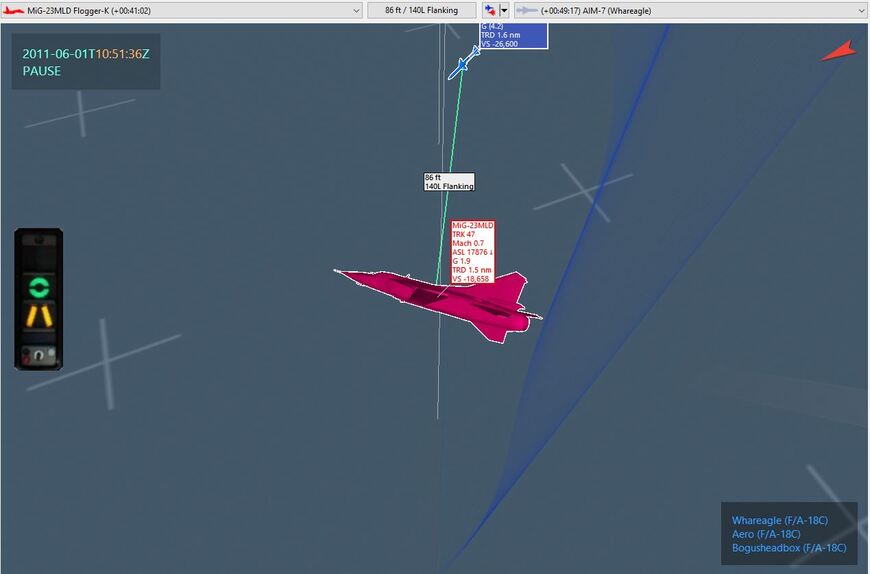 The bandit DODGED my missile, by about 86’… but two seconds later… He was DEAD!

So now we’ve got a 2V1, with Bogus cutting the bogey off, and I’m still trying to figure out whowhatwhywhere.

The bogey slips in between us, and starts going after Aero. I’m 8.6 NM away by now. NUTS. 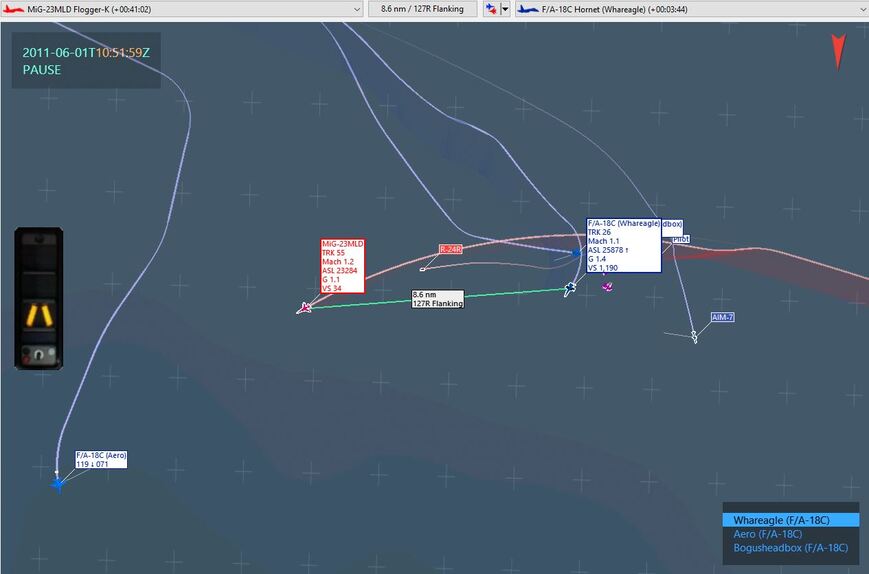 Aero has his Situational Awareness set to “High”, and he sees the R-24R come off the rails, turns into the missile and bogey, and spoofs it with countermeasures. But now, the bogey is coming after Bogus and myself. I’m still having a hard time figuring out any of it. The guy is RIGHT OFF MY NOSE, and I still can’t see him! 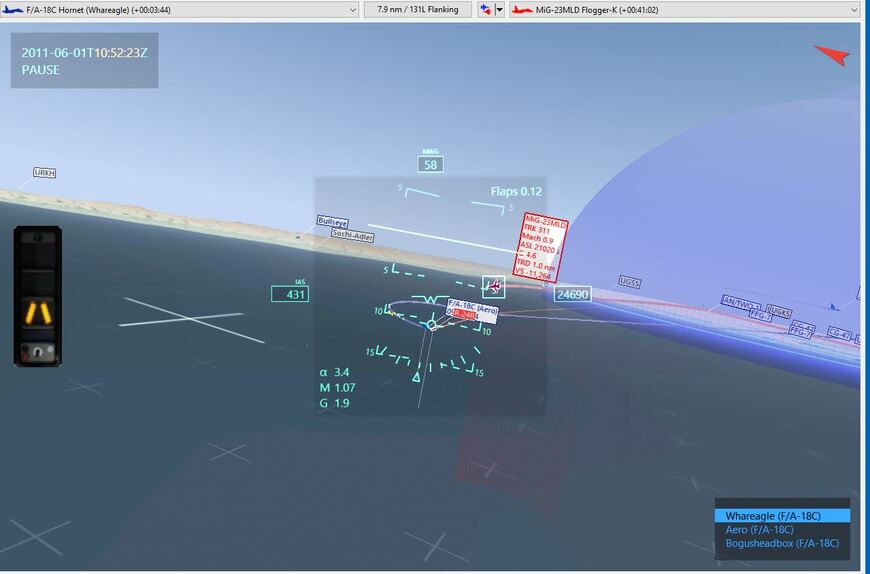 And of course, within 3 miles… 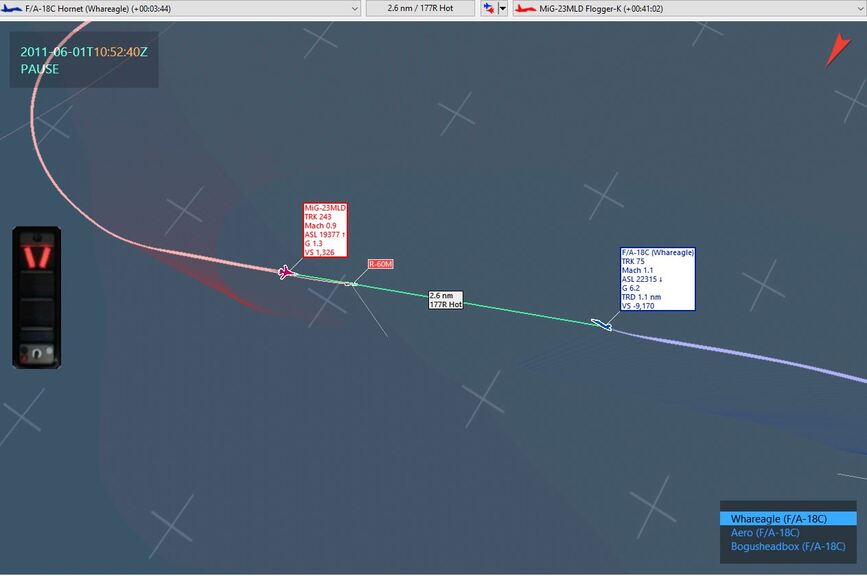 How the HELL did he miss me? 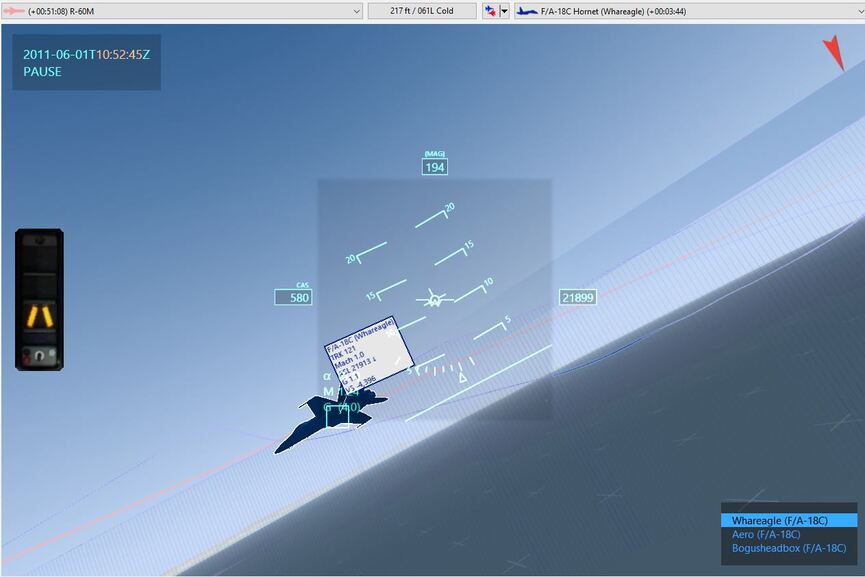 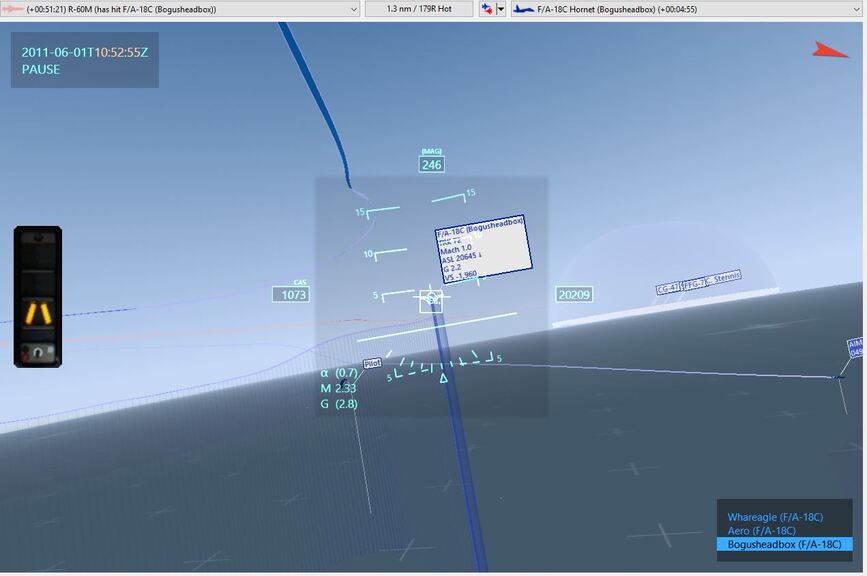 But Bogus had the last laugh — his AIM-7M stayed true, as long as Bogus kept the plane together through its’ last agonizing moments… 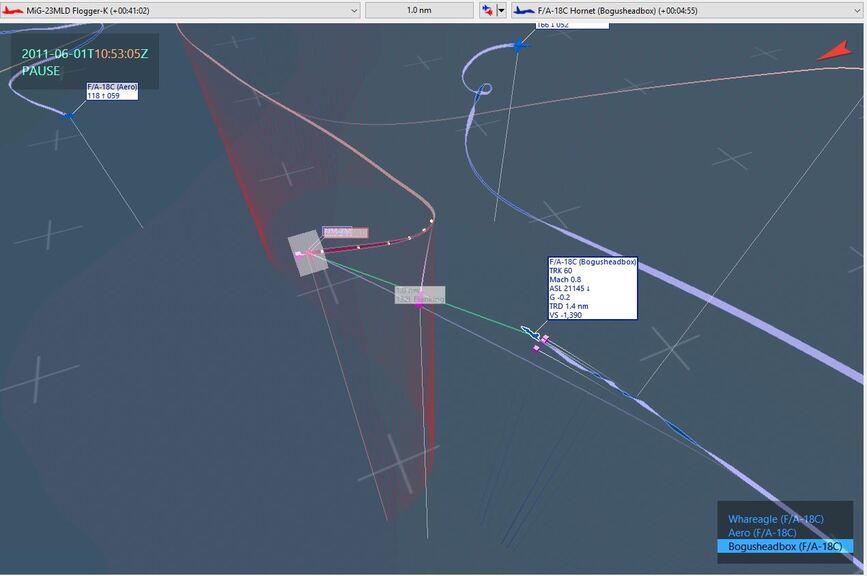 Bogus fought for life for another minute or more, but eventually the Black Sea swallowed him up, like a Kraken, and Aero and I formed up and headed back to the Ike with throats all choked up.

I was down below 2000lbs of fuel, so Aero gave me dibs on landing, and to be honest, I’m pretty proud of the landing, where I hit the 3-wire on the first trap. Unfortunately, the server delay kept me from showing this, but I’ll get it back again some day.

THANK YOU gang for the great evening, and I promise - I’ll be back, and I’ll be practicing in between times!