I could watch her…fly… all day long.

Oh wow, she is flying, I had not noticed that till you mentioned it .

I just can’t comprehend that all those parts (I’m talking about the airplane here guys) can all stay together and functioning through all that violence. I mean…when she snatches that stick back…I just expect the whole thing to fall apart. These things must be insanely strong. I have such respect for pilots that can do all that stuff and have the confidence in their equipment. Is it a fair assumption @smokinhole that you aerobatic pilots have certain areas of the plane that require a real close look every flight (hinges, cables, attachment points…)…?

The area that scares me, though failures are rare, is the engine mount. So much mass. So much torque. So much movement. Failures are nearly always fatal. In the eighties, after a few fatalities, some pilots began installing cables that would hopefully let the engine hang and keep the cg survivable after a failure. But anyway, new and firmer Lord mounts seem to have eliminated mount breaks. Still, I inspect mine constantly.

As for the structure of the rest of the plane, they are tanks. Structural failures are blessedly rare. Wood and wire designs like mine are overbuilt with 50 years of construction know-how which has in turn benefited from 1000 years of shipbuilding knowledge. Wood remembers where it is supposed to be and can handle amazing amounts of stress—so long as it isn’t compression stress like that imposed by being dinged in a groundloop. Planes like mine tell you before failure that failure is imminent. Skin bubbles. Wires sag. Years and years of conversations, email threads and aerobatic forums shows how structural failures, even impending ones, are nearly unheard of.

The point here is that repeated violence doesn’t matter so long as the plane is abused within its design criteria. A plane built for 9g that typically gets 12g will eventually fail spectacularly. YouTube has one such failure during which the pilot survived (bailed) uninjured. He was known for pulling and pushing 12. And at the worlds later that year he had to work extra hard to find a pilot willing to loan him a plane.

Carbon fiber fuselages have had some recent fatal failures. CF is very hard to inspect. Cracks are often invisible. Some pilots preflight by tapping with a quarter and listening for a change in continuity. But much has been learned in the last 10 years and carbon is slowly earning back some trust. Check out the GameBird if you want to see what a slick, light and strong CF design can do—all for a modest $500,000! (I think it’s carbon fiber. Not sure now. Don’t care enough to look it up.)

You will fail before the plane does

That is really impressive. Like you, I was thinking specifically about the mass of the engine being subjected to those forces…and all of the engine internals. I guess, as you state, they are all engineered specifically for that. 9G on the airframe and body means 9G on the spark plugs, and the pistons, and the cable runs…it is just amazing to me that someone can engineer something relatively complex (though I guess aerobatic planes are “fairly” simple) and then say…OK, now we have to build it to withstand 9G (or 12+ G sometimes). Seems like it would be hard to work over that wide a spectrum (oh…and those pesky negative Gs too!). Amazing engineering.

it is just amazing to me that someone can engineer something relatively complex (though I guess aerobatic planes are “fairly” simple) and then say…OK, now we have to build it to withstand 9G (or 12+ G sometimes)

Now transpose that to the complexity of a manned-rated space ship - think Space Shuttle and be in awe of the engineers who designed it.

But anyway, new and firmer Lord mounts seem to have eliminated mount breaks. Still, I inspect mine constantly.

A critical point you never want to skimp out on! Might be worth paying some NDT person to come out and do a periodic crack inspection?

Damn right it does. Planes, even the big airliners can handle a substantial amount of stress over their lifetime!

9G on the airframe and body means 9G on the spark plugs, and the pistons, and the cable runs…

Fun fact, threaded connections between different parts are insanely strong! even small threaded connections with simple tools can withstand an amazing amount of stress! The only factor I would worry about is the thread it self coming loose, thankfully someone clever designed lockwires for that.

Once the cylinders and oil are heated up then the pistons ought to fit snugly, gliding back and forth on a film of hot oil with the piston rings keeping it all together. A well maintained engines should not be banging into walls and heads. I wonder what the normal deceleration of a piston head is at the top and bottom?

There’s a whole wiki dedicated to that… wow 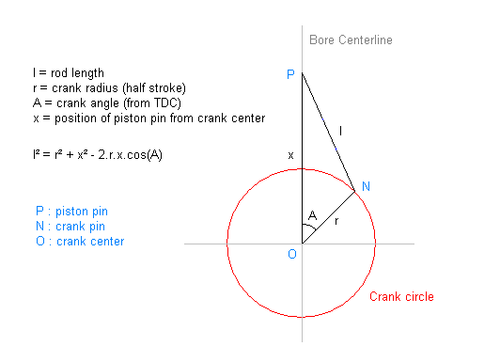 This is a cool subject:

Now transpose that to the complexity of a manned-rated space ship - think Space Shuttle and be in awe of the engineers who designed it.

At least twice a year I am going to make this sales pitch on Mudspike. Aerobatics is easy. Or, said another way: All flying is aerobatics and all aerobatics is (obviously) flying. We are accustomed to certain attitudes and angles of attack and we have ascribed the word “normal” to those areas. But the airplane doesn’t know nor care. Of course YOU do. And the concern for you and a limited aerobatic perspective, these attitudes and sensations seem like things your brain and body might never adjust to. But it will. At first it is scary and extremely uncomfortable. I swear, on my first aerobatic flights with an instructor I damn near soiled myself from anxiety. I would never have done it had it not been for the dream of owning a Pitts. But it takes just a few hours for the brain to relax and accept the new experience. Positive g’s, negative g’s, doing them hard does sometimes hurt a little. But the suffering is not bad if debilitating fear is not also involved. Doing an outside loop is like climbing a hard hill on a bike. It hurts but the adrenaline and self-satisfaction more than makes up for it. The most satisfying maneuver, the hammerhead, involves no adverse forces and doesn’t hurt at all. (Don’t try them at home without solid +/- spin training though.)

Even if you never do it outside the sims that we fly, please know this: It is not hard. To get as good as Svetlana takes years. But for the rest of us, recreational advanced aerobatics is much less difficult than learning to fly or getting in instrument rating. It’s a low-grade skill that looks far more impressive than it really is.

Carbon fiber fuselages have had some recent fatal failures. CF is very hard to inspect. Cracks are often invisible.

I did a tour of the Lynskey bicycle factory in Chattanooga. Highly recommended if you are in the area with a group. They like to do a demo to prove why they build titanium bikes. They demonstrate that CF is tolerant to compression but not lateral forces. They demonstrate this by letting a tour guest hit some CF frame tubing with a hammer. It comes apart with a few whacks. Then they beat the crap out of a titanium frame tube, which just makes it more rigid. Very convincing demo.

The hammerhead maneuver is my favorite to watch - something poetic about it.

I used to live in Pompano Beach, FL next to small airport (blimp base) that had an acrobatic school.
I got to watch the stunts every day! Man, that was fun.

Pompano Air Center! Practically an aerobatic institution back in the day.

At least twice a year I am going to make this sales pitch on Mudspike.

I’ve got an Aerobatic license! That was actually a requirement for hire at SAS for low-timers, back when I got on as fresh out of school FO

Aerobatics was fun! Hated negative g:s, but as you say, aerobatics doesn’t have to be extreme. We flew on SAAB Safari MFI-15 (NATO code T-17 in Denmark) and later on Grob 115D. Unfortunately there isn’t any aerobats available up here in the north, so it died out.

Very cool Troll. Your employer has some smarts it seems.

I’ve got a few aerobatic lessons in a Citabria from an ex Viper jock. Was fun as hell.

Former, but yeah.
Back then they were in dire need of pilots. Hey, they hired me, right?

Got a 50% sponsorship for flightschool. Had to keep up with the progression or be kicked out. So requirements were a bit more than ”just” PPL, CPL and frozen ATPL theory. One thing they added to the syllabus was a full out aerobatic rating The idea was that it would increase hands on flying skills to compensate for less hours and experience. I guess it did, to some extent. Solo acro was fun!

OT: I’ve been thinking about picking up a seaplane rating just for giggles.

Engine starts spluttering high over the Great Lakes. The MT and the patient start screaming, crying and praying.

Beach: “Don’t worry, I got this. I got a seaplane rating. We’ll be fine”

I’ve been thinking about picking up a seaplane rating just for giggles.

I’m a parrot head, and have been one for a long time.
Give Jimmy Buffett’s book, “A Pirate Looks at Fifty” a read. He can’t sing, but is a great story teller, and talks about flying around the Caribbean in his seaplane.

In other words, get the rating Beach!