I’m listening to David R. Honodel’s, The Phantom Vietnam War, An F-4 Pilot’s Combat Over Laos for the third time. I’ve probably read most of the Phantom in Vietnam books, but I think that this one more than the rest, describes the war as my dad described it, especially as it was carried out over Laos. My dad’s first tour was in Da Nang with the Gunfighters, where he spent many missions doing Ho Chi Minh Trail interdiction in Laos, most of them at night. The second tour was out of RTAFB Ubon, which was almost all over North Vietnam, chiefly the Hanoi ara. Honodel’s book is sort of a hybrid, when he flew with the 555th TFS, AKA Triple Nickel from Udorn doing trail interdiction. Regardless, it’s a hell of a good read if you are interested in the subject matter.

The Triple Nickel, as many other units undoubtedly had, a set of SOPs that they used which facilitated their war fighting as efficiently as possible, and unless mentioned in the mission briefing, were not deviated upon. Things like start-up, taxi, departure, enroute, fence-in, fence-out, and A2A refueling were executed the same way each mission, which cut down the briefing time. That was spent discussing variables such as the target, threats, weather, available assets, package composition, etc.

As such, many of the 555th standards were far from how things were done stateside. Refueling was one of them. It was carried as efficiently and quickly as possible. For instance, many of us have leaned how both USAF and USN/Marines do this using the observation, pre-contact, and reform positions.

This is the Triple Nickel standard way…

Anything else else would be wasted time during a war.

This is the Triple Nickel standard way…

Very cool @chipwich! I recently came across a new show which was available for purchase on AppleTV.

I purchased it and found it to be pretty informative and had many really nice old video of the aircraft flying during those missions. I post it here in case you have not seen it and are interested in watching it.

Very cool @chipwich! I recently came across a new show which was available for purchase on AppleTV.

The second tour was out of RTAFB Ubon,

Man, now that I think about it…I’m pretty sure I flew with the 555th at Luke like 25 years ago. They were of course in Vipers then. Memory is fuzzy on the number but thought it was 555th.

So many good books from then. “Thud Ridge of course”, “100 Mission North”, and one I keep re-reading, “Phantom Over Vietnam, John Trotti”.

“Palace Cobra” also was a nice one.

That is about the time my old man was there. He was a combat engineer though. I wouldn’t come along until three years later in 1971 at Fort Riley, but 68’ was the year my brother was born. Funny to think my Dad could have been looking up and hearing the roar of your Dad going overhead…

S! to all of them indeed.

Small world indeed Beach. I’m not surprised to hear that you were a “military brat” given you lust for travel.

Do you know if your Dad was at Da Nang during Tet '68? Dad told me that the VC got inside the base perimeter, but that the Marines fought them off while he and the rest of his squadron hunkered in a bunker with M16s. And always the rocket attacks in Rocket City.

Great video by comm shop tech with lots of Da Nang Air Base photos from that time period. The a/c #715 at 5:57 looks pretty familiar. Looking through some old photos for her.

Do you know if your Dad was at Da Nang during Tet '68? 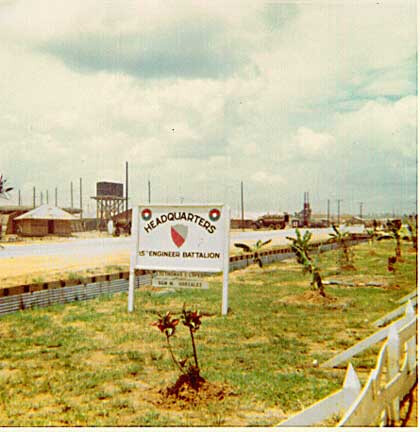