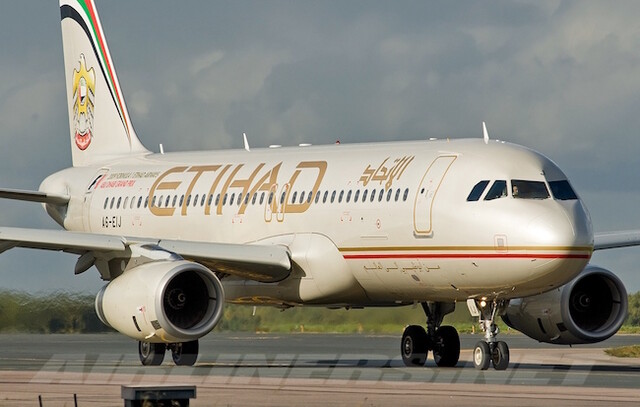 Final score: airliner 1, wild boar 0. An Etihad Airways Airbus A-320 collided with a wild boar upon landing at Islamabad, Pakistan, on Saturday.

The boar clearly lost but I bet he a got a good lick in before checking out.

I’ll say!! Call it a nice even 80kg, there will be some inspecting going on.

We go into some real black hole airports in our operation. Just a couple of nights ago we dropped into a little airport west of Charlotte called Rutherfordton (KFQD) in the middle of the night and I made the comment that I hoped there were no deer on the runway. It is one of my biggest fears - to this point I’ve not hit any (a few birds), but I have seen them bounding through the grass on perimeters. Same with coyotes and foxes.

A few years back I was at KFQD with a new FO who was an interesting character. He was one of those guys that had a perfectly pressed uniform with creases and shined shoes - not a big outdoorsy fellow. Me, I look a bit like “The Dude”, especially when I’m on the night shift. Anyway, we land, our nurses take off in the ambulance, and we are just sitting there at 1AM in the dark on some chairs in front of the closed FBO. When off in the near distance…this sound…

Haha…that dude about jumped out of his skin. He was already swatting at bugs and freaking out every time a moth buzzed up around his head. He’s like “what the hell is that??!”

Of course, he probably equated coyotes to wolves or something…haha…you couldn’t have beat him in a dead sprint back to the door of the King Air…

I’ve had the pleasure of calling up the TWR about a fox on Foxtrot and several ”kill the rabbit” calls. One got me in at zoological discussion where the TWR replied that it was a hare and I countered that technically all rabbits are of the same family as hares…
I have also had to overfly an airport because of a reindeer pursuit in progress.

I have also had to overfly an airport because of a reindeer pursuit in progress.

Yeah, Christmas has to be a real pain in the rear for the airlines every year.

We did a big SW USA road trip in a van / camper a few years back in one of those gaily painted ‘Escape’ vans - an old Ford with a bed in the back and a rudimentary kitchen. I didn’t think the fuel consumption was excessive until I realized the gauge was in gallons…

Anyway, we spent a night close to Grand Canyon, within the national park area. Might have been Kaibab Forest? My wife had to go to the ‘loo’ (read: find a tree) in the middle of the night…she woke me up and made me keep watch because of all the loudly howling coyotes around us. I chuckled

All I can think about is that Arabs dont eat pork! American Airlines would have busted out the marshmallows and had a BBq right there on the runway. What a waste!

When I was flying into bush strips (Cessna C206) water buffalo were always something we had to be aware of. I recall I was on short finals at a strip called Balma and there two buff visible in the bush by the side of the strip, one of them was agitated by the sound of the aircraft (I presume), and was snorting and stamping the ground with a hoof. Fortunately wheels on was a little way passed them, but never took an ordinary day for granted.

I was flying into bush strips (Cessna C206)

You have all my respect!
(like basically everyone else’s in here!)

I think I read once that buffalo kill more people in Africa than any other animal. (Respect + 1)