Haha! They look like they’re only partially out to me. Is the Viggen a 3-way switch that has extend-neutral-stow like most other fighters? Could it be that he simply didn’t get them all the way stowed?

The other devil’s advocate part of my mind wondered if having some extra drag on was to help ‘stay in the box’ for the show.

I realize with a hint of embarrassment that I have actually never seen a video of a Viggen flying. It’s not due to a lack of respect. Just a coincidence probably. Watching it fly with such grace while flexing working class muscle, I sense a lot of F-4 mojo.

(I need to get out from under this rock more often.)

Can you imagine what fun is going to be a 1vs1 Viggen/Phantom (hopefully) next year?!
Seriously, so many frakking cool planes are coming out- this is honestly getting out of hand!

The viggen has an airbrake? Huh…TIL

It has these four little paddles that give me something to assign to the airbrake switch on my HOTAS…and that’s about it!

I don’t think I’ve ever actually used them in flight except maybe a little bit on approach to landing.

Then you need to watch this… 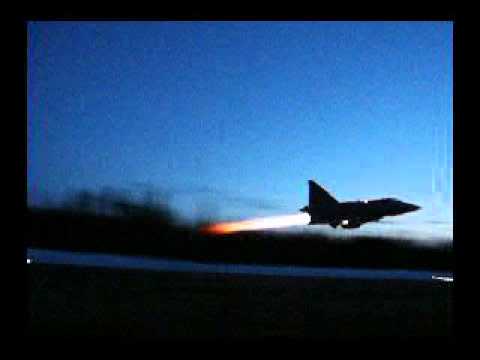 Is the Viggen a 3-way switch that has extend-neutral-stow like most other fighters? Could it be that he simply didn’t get them all the way stowed?

having some extra drag

I need more drag when turning, said no delta wing pilot, ever…

But seriously, no, I doubt it. The speedbrakes on the Viggen are pretty useless. Like I mentioned earlier, on the JA (Fighter) version, they decided that the airbrakes weren’t needed. Yes, they’re still on the airframe, but they don’t work…

I need more drag when turning, said no delta wing pilot, ever…

Good point. I’ve only flown aerobatics in a pretty slick airframe where some extra drag might have come in handy at times. Obviously never flown anything with a hot seat or a delta wing.

Yes, they’re still on the airframe, but they don’t work…

Might could have saved a few kgs by removing them and fairing over the empty spot, but that would require extra engineering work, and it’s 5:00pm on a Friday so lets just delete the switch and call it good!

We need to put in a switch that does X.
It’s friday afternoon. Why don’t we just use the airbrake switch for this purpose?
But how will the pilot control the airbrakes?
Everybody: