Taking a long break between attempts seems to help keep Akinator from guessing your character correctly? Kelly Stables was in Akinator’s database but after 80 questions and three incorrect guesses he declared defeat. 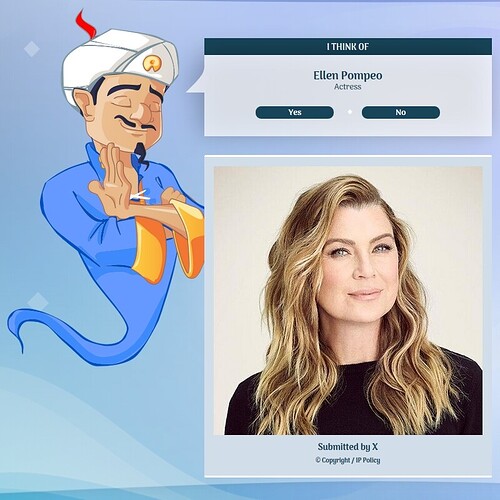 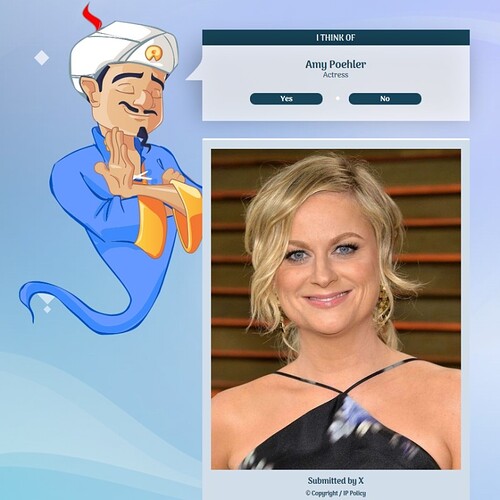 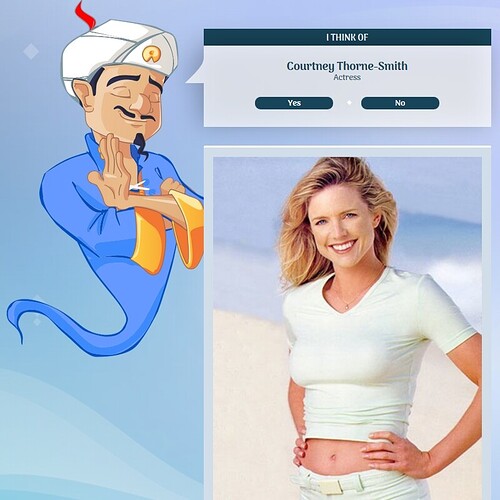 And finally after all that he declares defeat. 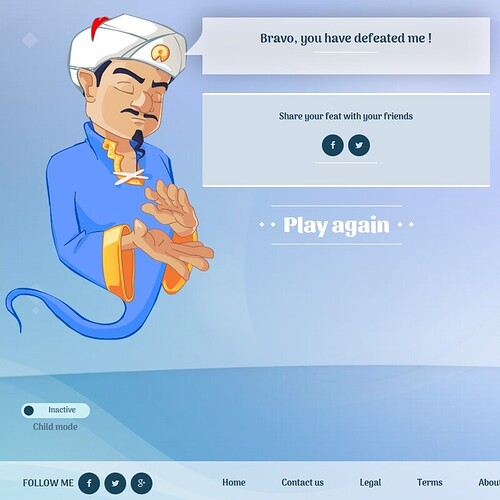