Can you beat the all knowing Akinator??
https://en.akinator.com/

I was thinking “In the latest stable version of DCS, how do you get the F10 map markers to export into a Viggen Data Cartridge using the kneeboard function.” He guessed Jimmy Hoffa…close enough!

Ladies and gents, this is exactly how social engineering works.

Ladies and gents, this is exactly how social engineering works.

Quick…■■■■■ (lol…we sensor pri ck apparently!) your finger and send in your DNA too…! 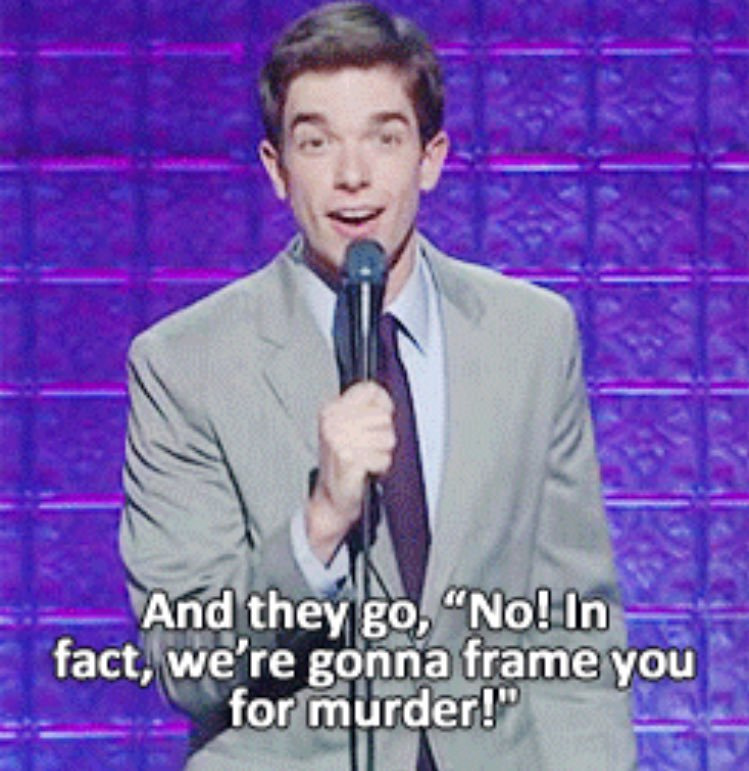 Quick…■■■■■ (lol…we sensor pri ck apparently!) your finger and send in your DNA too…!

What do you think all those DNA testing sites for finding your ancestry do?

Can you beat the all knowing Akinator??
https://en.akinator.com/

Took him 39 guesses before getting Jane Seymour.

One of the rare times I have beat him. He guessed wrong 4 times and it took 80 total guesses before he gave up and declared defeat. 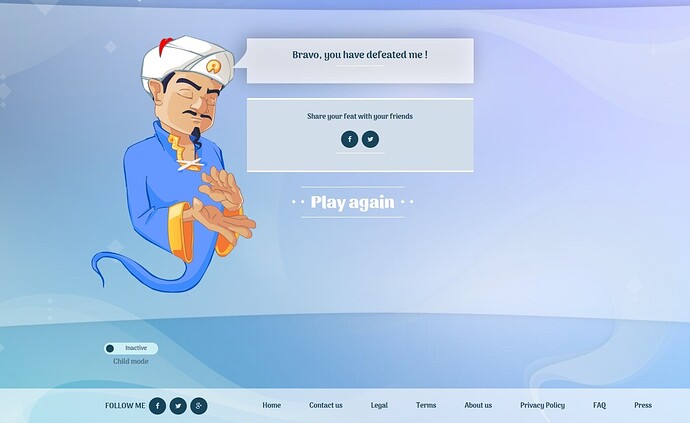 Cedric the Entertainer was the character he did not know.

The Akinator guessed right on his third try with the King of Sweden. Seems like he’s easily sidetracked though. One of the first question is if I’m thinking about a real person, yet he still asks questions about movie characters, etc.

Probably because he knows that a LOT of people are dumb enough to think that some movie characters are real.
Or they think that someone is only a movie character, but they are real (I encountered that once. A girl I know didn’t know that John Nash was a real person, she only knew him from A Beautiful Mind)

Took him 50 guesses and 1 wrong try to get Deagol.

Forgot one:
There are people who’s status as a real or fictional person is disputed. Jesus (the guy from the Bible) is an example.

True enough, and the Akinator probably doesn’t know that all the characters in GoT are fictional…
He also did other logical errors like asking if my character ever have been played on screen by (name of female actor), when I already answered that it is a man. But again, he probably doesn’t know that he suggested a female.
Just proves the old saying,

So I think I found someone he doesn’t know but every time I get to 80 guesses it just stops working. He gets close sometimes but never gets it, granted it’s pretty obscure.
Johannes Bugenhagen, parish pastor in Wittenberg and later one of the most important figures in the Protestant Reformation in Northern Germany and Scandinavia.

How do I know about him? Well my family is connected to the Bugenhagens…

I have had that happen when I answered his questions with quite a few “I don’t know, probably, or probably not” responses.

Well my answers are mostly no before he inevitably guesses Martin Luther again and again. Close but no cigar.

He guessed Martin Luther multiple times during one try.

EDIT: And it’s not like he doesn’t have Wikipedia entries. The English entry is pretty decent and the one on the German wiki is actually quite extensive.

Johannes Bugenhagen (24 June 1485 – 20 April 1558), also called Doctor Pomeranus by Martin Luther, introduced the Protestant Reformation in the Duchy of Pomerania and Denmark in the 16th century. Among his major accomplishments was organization of Lutheran churches in Northern Germany and Scandinavia. He has also been called the second Apostle of the North. Johannes Bugenhagen was pastor to Martin Luther at St. Mary's church in Wittenberg. He is also commemorated in the Calendar of Saints of the...

Interesting, That should be definitive enough.

I’m thinking of Gen. Norman Schwarzkopf.
Akinator gets as far as asking if my character is an army general. Yes.
Next question is… 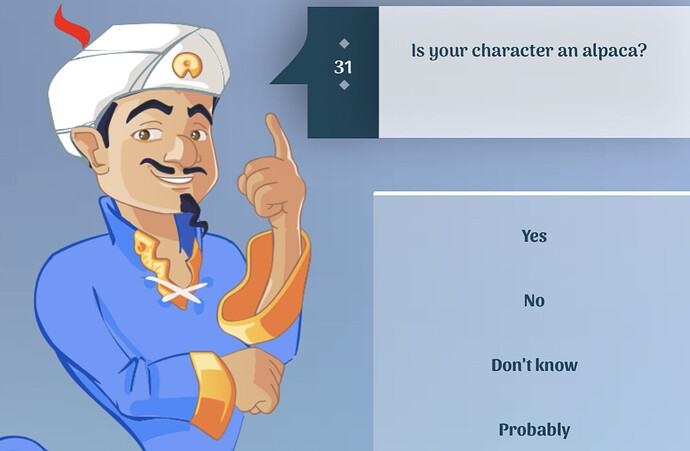 He does go off on some weird tangents at times.

He knows something we don’t…