Some nice changes by the looks of things Can’t watch now… can it be summarised briefly in few lines?

More content. Lots of critical fixes, e.g. docking seems super smooth (from the video) not yet played myself

They have also reworked how resource management is done. Tutorials in game now as well 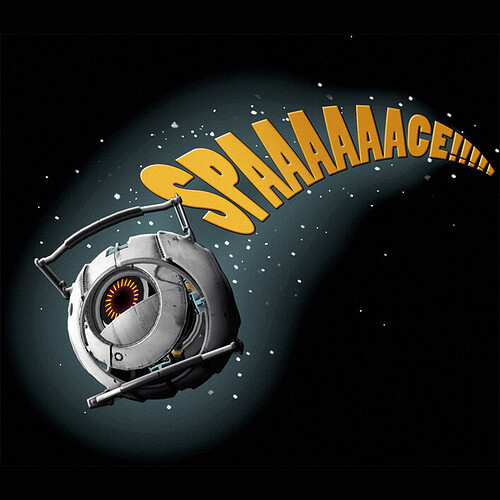 Hellion dropped another patch on the 6th

First, thank you all for your feedback on the 0.2. update; we will continue to work on bug fixing, optimization and performance improvement. With that in mind, patch 0.2.1 will be released on July 6th. Servers will be down from 10:00 UTC until 11:00 UTC , and they will be wiped to ensure proper patch deployment.

F111 Space variant to be released

Aaaand that’s how you get @Bogusheadbox to buy a game.

F111 Space variant to be released

Throw another shrimp on the barbie before those frakkin’ toasters can launch another raid, mate. Might have time to polish off this Foster’s before then.

So, to any Hellion owners… in your opinion, is it worth the money right now?

Its still very early in development. Its a persistent universe. And some major updates requires server resets (starting with nothing again).

I think its fun, but its a time sink. Best fun is when you run as a crew and build a small base away from everyone else then co-op raid.

You must be prepared to loose all your stuff as when you are offline and someone finds your base, ship or stash, they will take it. Some nasty ones like to vent your base so when you log back on there is only vacuum where oxygen once was. You can combat this by logging off in your cryopod whilst wearing a spacesuit. But its that brutality that makes it fun.

A nice update coming for those who are interested.