For us virtual A2G fighter pilots, this is an interesting analysis of the strike India attempted against Pakistan. Good discussion on what likely ‘went wrong’ with the strike from the technical point of view of getting the bombs onto the targets and how analysing the result can be used as a teaching point on the technique used. 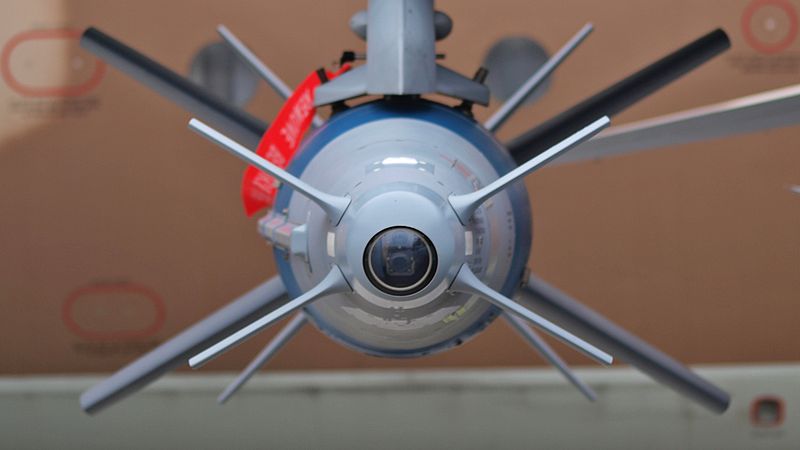 India’s strike on Balakot: a very precise miss? | The Strategist

Ever since the stunning US success in the 1991 Gulf War, we have increasingly come to take precision bombing for granted. While militaries may sometimes misidentify a target, we assume that they can precisely hit ...

Good reading! Missing is one thing. Bragging about the “dead terrorists” when the rest of the world knows better is both funny and a touch sad.

They took the phrase “fire-and-forget” to mean forget to perform BDA rather than forget about guiding the weapon all the way to the target.

suggests that precision strike is still an art and science that requires both practice and enabling systems to achieve the intended effect. Simply buying precision munitions off the shelf is not enough.

As MOTO statement as has ever been made.

…factors suggest that the misses were caused by a systematic targeting error.

The systematic error being that they probably don’t have a PGM targeting system to begin with. I wouldn’t surprised if they tried to “drop DMPIs” with GoogleEarth or something similar.

True PGM targeting uses a “back end” system that is incredibly complex and expensive. It requires strenuous training and certification. In my career I have been responsible for two targeting teams and was the CO of the school that taught PGM targeting to Navy Intel Specialists - NEC IS-3923 for those of you playing at home. Putting “Warheads on Foreheads” is a difficult skill to master…and we only let those who have mastered it, practice it.

This was amateur hour. (need a “just shaking my head” emoji)

They took the phrase “fire-and-forget” to mean forget to perform BDA rather than forget about guiding the weapon all the way to the target .

Now that is funny…it is true…but still funny!

MOTO - Master Of The Obvious
Dropping DMPIs - Slang for PGM targeting. DMPI stands for Dedicated Mean Point of Impact. Using a PGM targeting system, one plots–“drops”–a DMPI at the point in space (3D) where the weapon is to hit.

I have made similar errors using the HUD to set a target point in both the Warthog and Hornet - the lack of precision pointed a Paveway at a point just behind or at the top of a building or vehicle, resulting in the weapon sailing right over the target.

You can even achieve a similar result with iron bombs, using CCIP and having a bad altimeter setting.