we’re currently modding a O-1 Bird Dog for Unsung and wonder what the instruments on this panel might be: 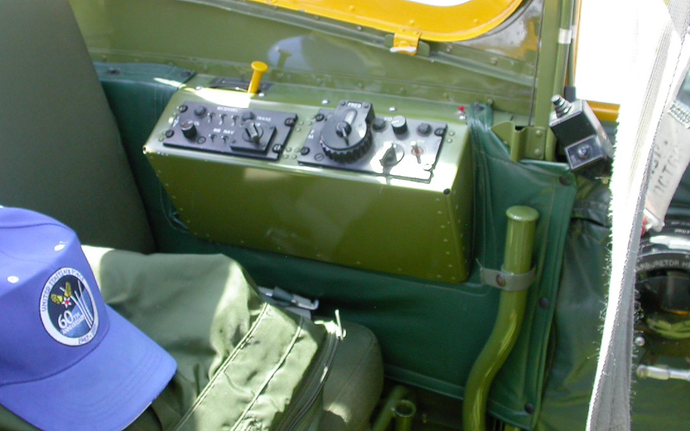 Any ideas are welcome!

With a quick guess search, maybe a radio and relay - this site has some similar pics, and you can make out ‘FREQ’ on the dial there?

Here you can find the cockpit interior details of Cessna Bird Dog. If you need also the outer reference material, please click my previous post with some walk-aroud shots. All the photographs poste…

Your pic looks like the observer station in the back, which would make sense to have the FM back there as well.

It appears to be the FM radio (front), and INT panel (rear), which would be intercom. Probably would allow rear seat to talk on FM, or on pilot’s radios (VHF/UHF)?

The L-19/O-1 are neat planes with some cool history. The pilots that flew them had some big brass ones.

Later in the war, they were field modding all sorts of armament onto them. Obviously WP rockets, but also 250lbs bombs and even forward firing M60’s on wing racks. I’ve gotten to see a few restored examples with their hardpoints intact, pretty cool what they could carry.