I just picked up my first pieces of aviation art in a very long time. Probably not the wisest purchase at this time, but then who ever said I was wise?

I found this artist while aimlessly browsing the web. His name is Ron Cole and he is based in Zanesville, Ohio. I have a connection to Zanesville because my wife was brought up there, and we lived there together from 2002 - 2012. I also got my first flying job at Zanesville, flying the King Air (and Citation II). So that is connection number 1. One of Ron Coles latest pieces is of the Hawker Hind. My paternal Grandfather served in the RAF during the 1930’s (and again in WW2). He gave me some photos he had been given by a RAF photographer at the time. I guess he had a friend in the photo section. 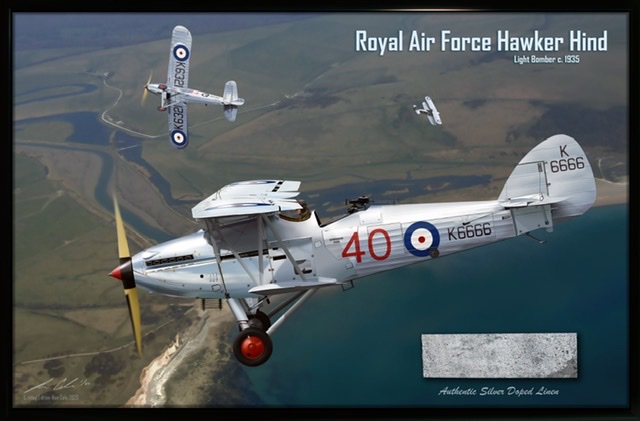 I’m not entirely sure of the technique he uses. It might be purely digital art, but I think it looks great. There is a small cutting of doped fabric taken from a Hawker Hind’s lower wing included inside the frame, which I think brings the whole thing to life. 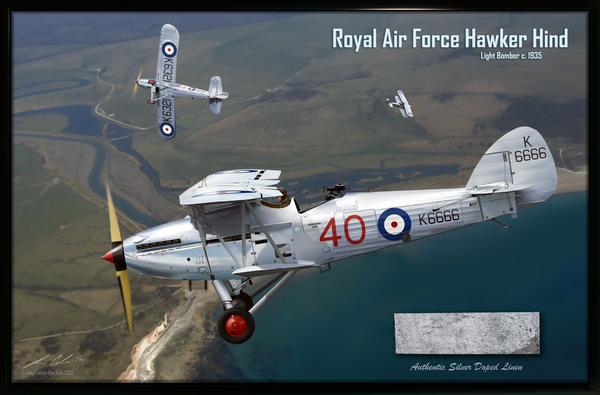 And along the same lines, but just because I have developed an interest in the early days of airline flying, there is this one of the famous Boeing 314 Pan Am Clipper… 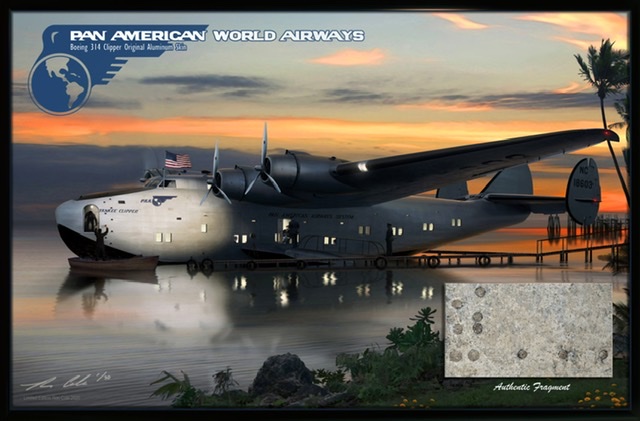 I have been eyeing up the Clipper for awhile, and today there was a 35% discount, so I pulled the trigger. I can’t wait to get them…

So, do any of you have some neat aviation art on your walls?

Ron Cole has been around for as long as I can remember selling his art. He does do some really nice work.

I don’t know why it has taken me so long to discover him. Probably a good thing he wasn’t in Zanesville while I was there, or I would have probably been bankrupt!

A quick google search reveals that the photos my Grandfather gave me are actually of Hawker Harts. The Hind was an improved version of the Hart.

Probably not the wisest purchase at this time, but then who ever said I was wise?

Oh I don’t know…the silver nitrate (or is it oxide) in those old prints probably kills COVID19 virus cells…you are wiser than your years!

I have this print hanging up… “Winter Homecoming” by Robert Taylor 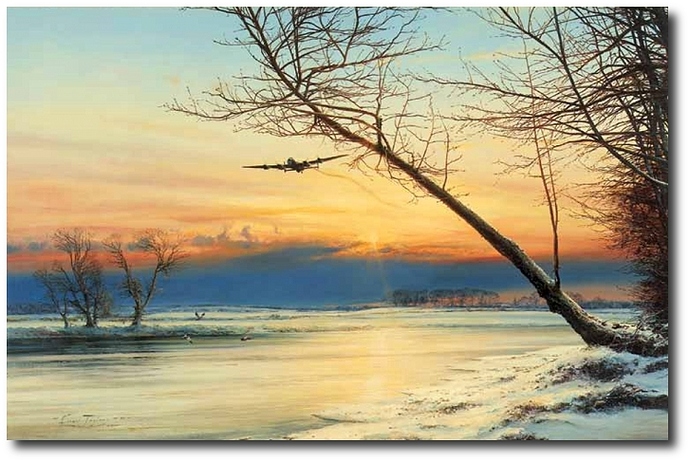 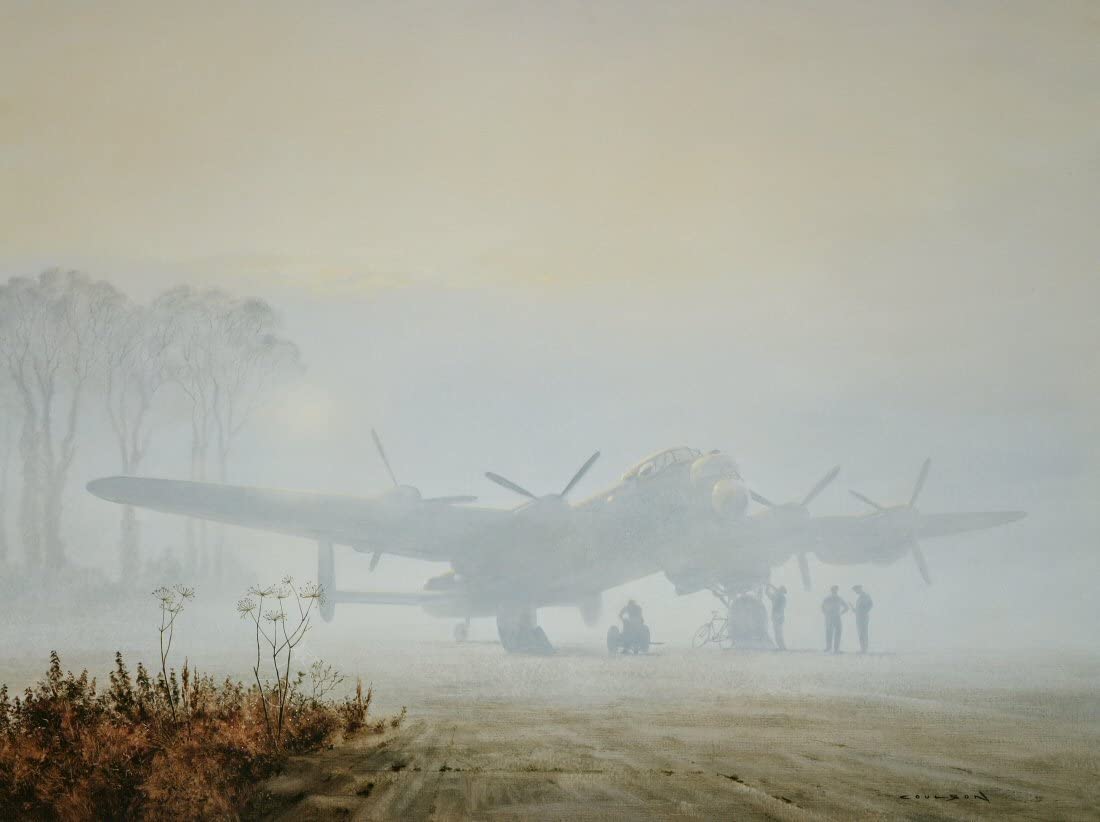 You can’t go wrong with Taylor or Coulson! 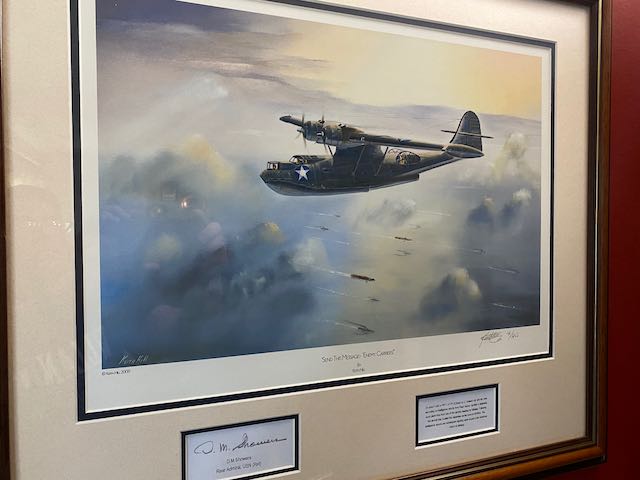 A print by Keith Hill - Send the Message - “Enemy Carriers”. Depicting the PBY that sighted the IJN carriers at the Battle of Midway.

Signed by RADM Showers who was an Ensign on CDR Layton’s intelligence staff at the time of the Battle of Midway.

I like it! I really like art that tells a story and has a real connection with the subject… I love the Catalina too!

Huge aviation art fan. Bill Phillips is my favorite. I have a Robert Taylor signed print of “Zemke’s Wolfpack”. I like the print, a bit on the yellow side compared to the original, but I’ve always liked it more for the signatures of the main Wolfpack members.

Side note, I do digital aviation art. All military at this point. I’ve been going to local art shows in the Atlanta area for the past couple years. I’m not quitting my day job anytime soon, but I’ve been profitable and for being on the shy side, I actually enjoy talking to the people and telling them the stories behind each piece. I used to have a web site to sell my prints, but the price more than doubled to maintain it this year, so it’s down until I figure something else out. Might use Fine Art America. I show my stuff on deviant art for feedback from fellow digital guys.
https://www.deviantart.com/n0t3r/gallery/

The pic is not my framed art, just a print like my mine from the web. 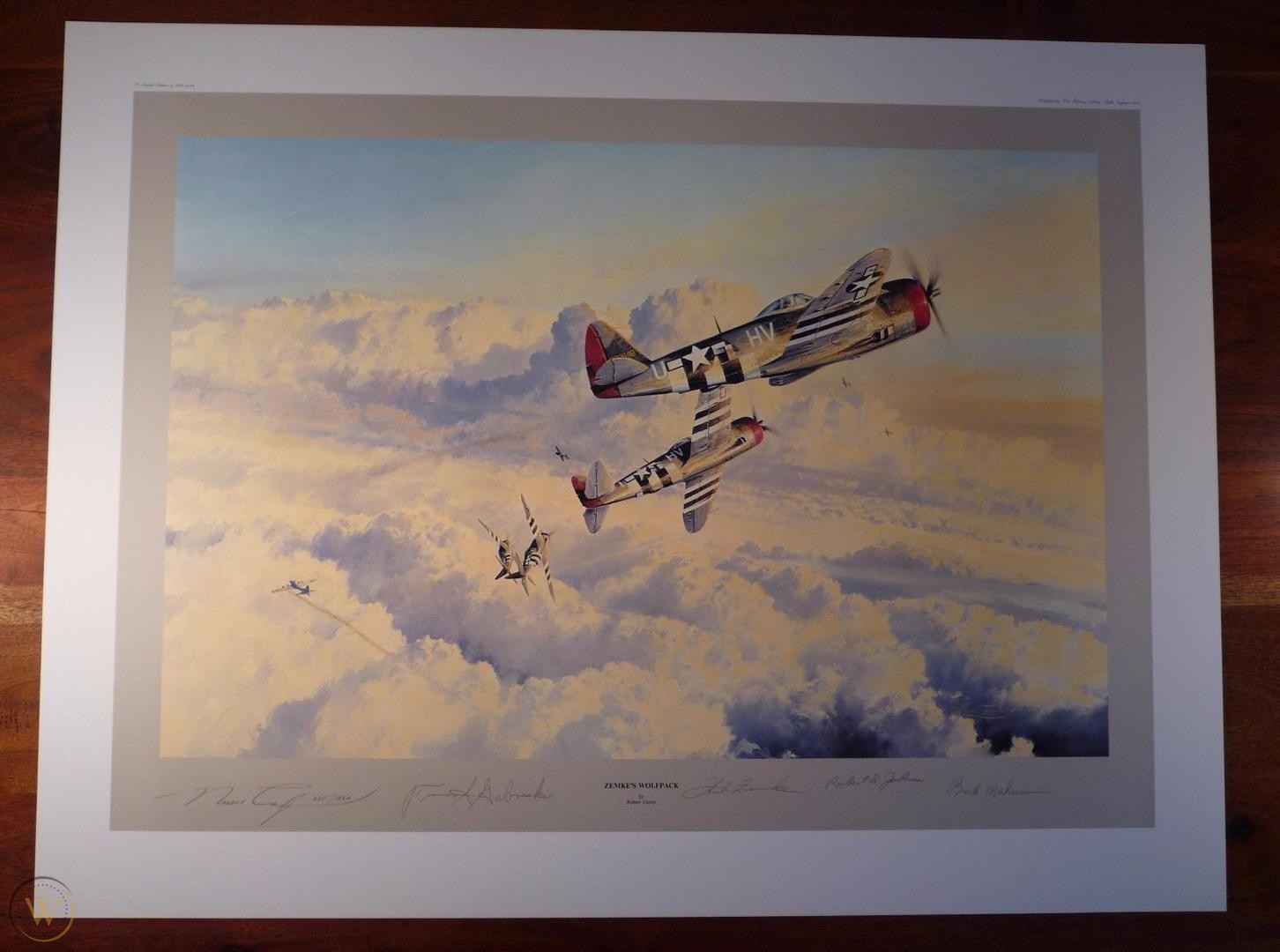 Stunning work Noter! I love the Spitfires flying past the Houses of Parliment.

I do aviation photography and I have a few of my shots hanging on my walls, and have sold a few prints over the years. Digital and film. I have some galleries of some choice shots up on my website and if anyone is interested I can crack open the full archives for anyone interested to look through all of my prints.

Aww thanks! Let me get the rest up somewhere that they can be viewed, should be good to go later this evening.

@Noter Dude, I love you stuff! If you have prints available let me know which ones, as quiet a few of yours would look awesome on my wall

For anyone that was interested in prowling my archives, I have a quick and dirty gallery up here: https://manifoldphoto.photoreflect.com/store/Photos.aspx?e=10553103
password is: mudspike

Apparently adobe doesn’t like doing very large gallaries like that so I’ll leave it on photoreflect for now.

Appreciate it Jenrick, you’ve got some very nice work yourself. I can print whatever you’d like, just let me know. We had some new product to to test out so printed the Mustang and laminated it. Just gives a sense of how large I can scale the art. I’ve got a banner stand print 7 feet tall of the Marine Phantom, kinda cool.

I just splurged on another Ron Cole framed print… He has a great sale going on right now (40% off)… This one is just a framed print (ie no ‘fragment’ of a real Spitfire’), but something about it has grabbed me.

The discount code is 40MANCAVE if anyone is interested. Shipping for my orders has been $13 via UPS, which seems very reasonable. I’ll post back when the prints arrive.