Back into the bush - part 2

Once more have I challenged myself to go where no sane pilot has gone before!

Today not so much though, @BeachAV8R adventures with the X-plane economy application had me inspired to open up FSEconomy once more. I had done a flight with it a decade ago(no joke). Boy has it changed since then, it’s part airline manager, part pilot, part aircraft owner. It takes many of the aspects you never experience as a sim pilot and gives you a glimps into it. AND ITS GREAT!

Let’s have a look then how a flight might go. I have a weak spot for the Caribbean area when it comes to flying so it was no more natural to me then to look for something there. I’ve opted to fight into haiti from a neighbouring country, a strange flight in any other case but I have to carefully select passengers and aircraft type! It all factors into the costs!

Why did I do that? Well I could rent a cheap 152(Justflight free version) at MDCR, fly it to MTPP in an hour without getting extra fuel and make some good money! I even got it close to it’s homebase which yields me another little money bonus. 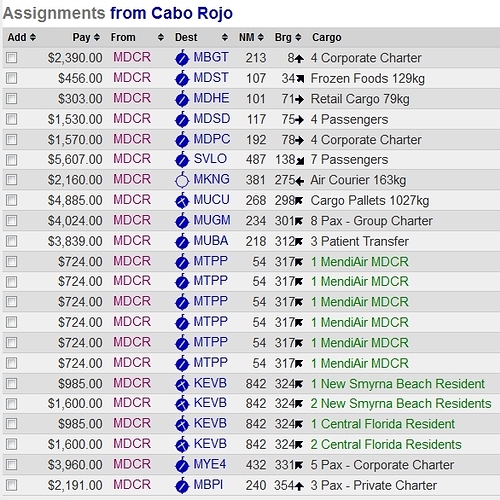 The cute little 152 that will have 2 unsuspecting passengers go through a harrowing journey across the Haitian mountains. 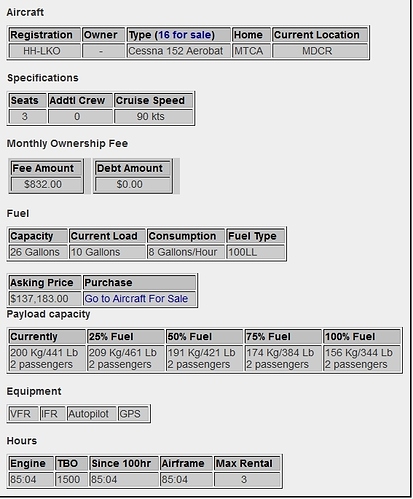 As it turns out flight planning is kinda important when you want to make money, this is an aspect I really love to be honest. It adds value to all that you do instead of following arbitrary rules you set for yourself.

As I had accepted the flight without checking the weather I felt commited. Despite conditions being, sub optimal for an VFR flight.

Never having been one to be deterred by some electrostatic atmospheric effects I opted to go. 5mi is totally VFR! 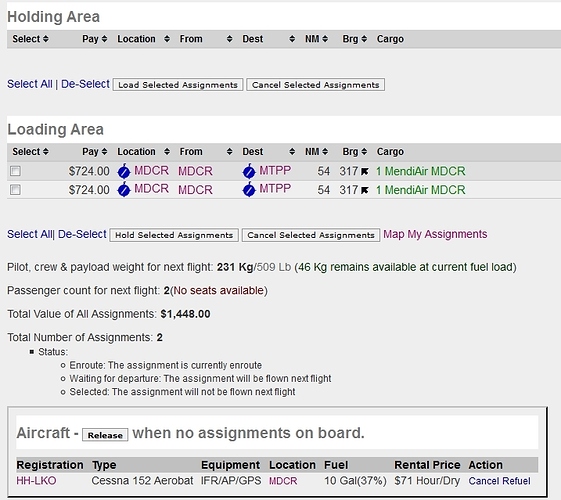 Weather isn’t great after takeoff but I can see something. Time to turn towards the ocean and head north.

It’s kinda nice to fly in to be honest. Bit bumpy but something different then my usual 12.00 clear skies gig!

FSX in all it’s wisdom decides to randomly increase or decrease visibility so I got a good look at what is up ahead. It’s the moutains. Time to start a subtle climb!

At this point I dialed in the VFR beacons and requested flight following, if I decide the mountains is a good place to crash then I’d atleast want someone to sort off care enough.

Just a little more to get over.

One more hump ahead and we should be entering the Port Au Prince bay.

Totally VFR still, right? Doing the best to loose all the speed and altitude I have.

And then you realize you didn’t do a Weight and Balance, in the spirit of the bush I suppose.

As soon as I shut the engines down the FSE application told me it had logged the flight and I was done(the plane was back for rent). Let’s see if I made any.

Hoorah! I did! You can also see it’s been a decade since I last flew with FSE. It’s nice to see how rich the package has become, not sure if it holds up with the commercial offerings but I sure am enjoying this kind of flying.

Nice report…and I agree with you, the planning and charting and number crunching ($$) make for a more immersive experience. I’ve started my career with X-Plane and Air Hauler in a Cessna 152 as well, but man, I can’t wait to upgrade to something with at least a basic heading hold autopilot…

Nice pics to capture the scene. I’m curious how ORBX handles Haiti because I had read that they had majorly deforested their mountains to make charcoal in great contrast to the other side of the island (Dominican Republic). I’d load it up to take a screen…but my ORBX is still updating…

Ah…yeah, just loaded up FSX and ORBX and they have it looking like yours…pretty green…

Nice! That looks very pretty! What kind of ORBX combination do you need? I find their whole scenery arrangement to be woefully confusing.

Haiti has dramatically suffered from deforestation. It should be pretty barren. 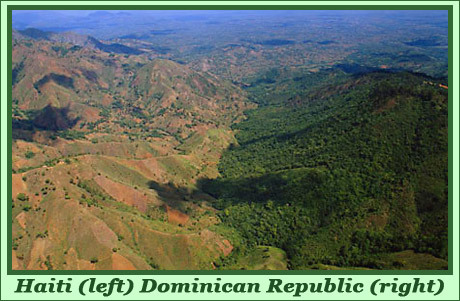 I find their whole scenery arrangement to be woefully confusing.

I agree…but they just simplified it a bit today by at least making them all work together more seamlessly. And I’m not the end all be all on ORBX. But I think this is kind of how it works:

Those two sort of form the base (textures, correct streams, rivers, etc…)…and it works for the whole world.

Within those regions, you can buy very specific airports or areas that have super high detail. I’ve only bought a couple of those. It is worth mentioning that the detailed regions (FTX regions such as Alaska or Southern California) do have upgraded airports (often hundreds of them) that add more interesting and specific stuff to the airports, but they aren’t nearly as detailed as the individual airports you can buy.

I did buy Sedona, Pago Pago, Tapini, and Jacksons Airport. You’d love the later three because they are very bush pilot oriented…

Dont forget that many of the online Sim sales houses have bigtime sales on occasion and you can pick up orbx stuff - that is normally pretty expensive - on the (relative) cheap.