We suffered another incalculable loss to the IL-2 community last year. Barry Wells aka Bearcat or Bearcat99, creator of the Nuggets Guide to getting off the Ground and Sturmovik Essentials guides and so much more, passed away on August 23, 2020.

For anyone who knew Barry I humbly ask that you not only post your thoughts here at Mudspike in this thread but also if you do have a Great Battles forum account to take the time to post something at the Sturmovik forums where Bearcat had spent the better part of the last 9 years.
Barry aka Bearcat has passed away…: https://forum.il2sturmovik.com/topic/75170-barry-aka-bearcat-has-passed-away/

Our good friend Barry known to all of us as Bearcat passed away last year and I have just been made aware of this and feel awful about not knowing sooner. He was a dear friend of the team and helped keep this forum from devolving into total chaos for several years, which we really appreciated.

Barry was a super great guy and had been a member of the larger IL-2 and ROF communities for a very long time. I’m really not happy about not knowing this sooner. I thought he was just on a break from simming, which he told he did from time to time. We had many discussions over the years about his love for the Tuskegee airmen, his music and life’s ups and downs. I’m bummer he is no longer with us. Rest in Peace and Godspeed Barry. In heaven you can sim and play music all the time my friend!!!

Here is his obituary - https://metropolitanfuneralservice.com/memorial/barry-toney-wells/

Thank you to Wheels for making me aware of this.

Text from his obituary. 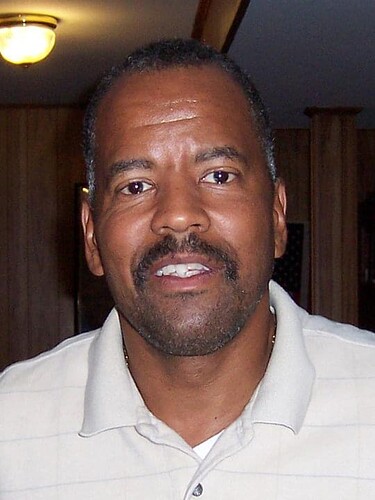 Barry T. Wells was born on August 2, 1955 to James and Mae Wells in Harlem, NY. Although he was born and raise in NY, he spent a large portion of his youth in Pittsburgh where both of his parent was born and raised. Barry is a United States Navy veteran, having served his country from 1974 to 1977. He then landed a career as a copier technician at Kodak where he worked for over 20 years. Before transferring to Danka (when they bought out Kodak). He eventually landed his current position as a technician for Lexmark, a contractor for the United States Department of Transportation in DC, after relocating to VA in 2001.

Barry was also a musician, playing the bass in churches and several bands, the last of which was Smoketown Road in Northern VA. Playing was his love; it was a skill he picked up in the Navy and honed over the years. Barry was a Godly man and was strong in his faith. He read his Scripture and tried to live his life in a way that was pleasing to God. Anyone who knew Barry, called Toney by his family, knew that he was championed the causes of the voiceless and fought for racial and gender equality.

He loved people (except for really slow drivers and mean spirited and/ or racist folks) and stood on those social platforms as much as often as he could. His sense of what was right and honorable was strong and he lived by it.

He also had a deep love and appreciation for history and was particularly fascinated with WWI, WWII, and most notably, the Tuskegee Airmen. One of his favorite hobbies was flight simulations, where he and a group of other fellow enthusiasts went on flying missions…. On their computer, headsets, foot pedals, and all!!

Barry is a current member of Living Waters Ministries in Virginia Beach. He will be dearly missed by all!
Personal Service, Peace of Mind, Pleasant Memories

Bearcat has been a fixture in the IL-2 community since well before I came around and learning of his passing last week has affected me as deeply as losing a close family member.

Ah man, this hurts. I met Barry not too long after I started finding the online flight sim forums, and he introduced me to others “for the culture,” so to speak. I flew with his Virtual Red Tails a few times, and we’d talked of doing more, but had a hard time making it all work. Sadly, I’ve not spoken with him much since the first wave of migration from That Other Site, but we chatted a few times when he started moderating over at the IL2 forums.

I’m gonna do a really sharp break in the overhead, fully engaged in an activity we both have enjoyed, right now in your memory. Salute Mr. Bearcat!

Respect to you sir

This truly breaks my heart.
After the diaspora I didn’t talk with anyone over there anymore, but for the time we shared the same virtual forum he always struck me as a very kind person and a smart one too.

He’ll be sorely missed.
Rest in peace and thank you for all the good memories.

I wasn’t familiar with him, but it sounds like he was a gentleman of kind spirit and similar interests to my own and Mudspikes.

I knew him from being a lurker over there.
Always seemed to be one of the nicer people there.

Sorry to hear that.

Shame. Spoke with him several times over at simHQ mostly about music.
RIP

I knew him as a lurker too. It kills me to learn that he died over a year ago and I never knew. There’s no real reason why I should have known but that’s how my mind works I guess. Thanks for spreading the message @wheels.