The Battlefield 5 Closed Alpha is underway, starting today. Somehow I got selected and have been playing it a little bit. There isn’t a NDA, so participants can share gameplay.

Battlefield was never a more hardcore shooter like Red Orchesta / Rising Storm, but it wasn’t Call of Duty either. I know the purists will say BF2 was the best and perhaps it is.

I have many memories in BF3, BF4 and BF1 of seeing SuperReviving where a medic goes around the room and revives 3-4 people in 15 seconds. Not in BF5. Squad mates can how do mini-revives where there’s a duration and not-full health on revive. Medics will be able to do it better, but I think the quickie revives are gone.

In the support class there are two archetypes, at the moment. The engineer and machine gunner. The engineer will have an ammo pouch with limited mags (at least in the alpha). The machine gunner has the ammo crate which is more of a squad supply system. Players of all classes are limited in ammo, so it’s more critical to stay close to support people. But now it’s more important than ever for support (machine gunners) to do their job.

Also, at least in the alpha, the invisible parachutes that you have appear to be gone. In previous games, when you jump from a building or rocks, you can deploy a small personal parachute to slow your decent. I learned that the hard way.

I would say this is less arcadey than your previous BFs, but it’s definitely not realistic/hardcore.

I’m sure there are streamers that will give you nice video footage and better commentary, but this was my take, as far.

Here are some screenshots that I took. Running at 1680x1050 doesn’t do the game justice, but the graphics are on par with BF1, if not a little better. 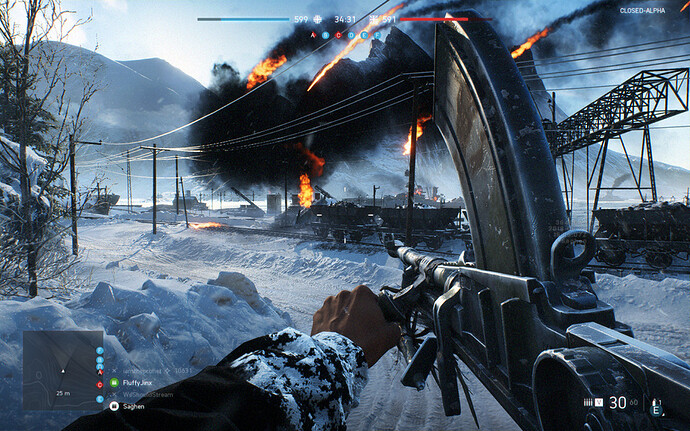 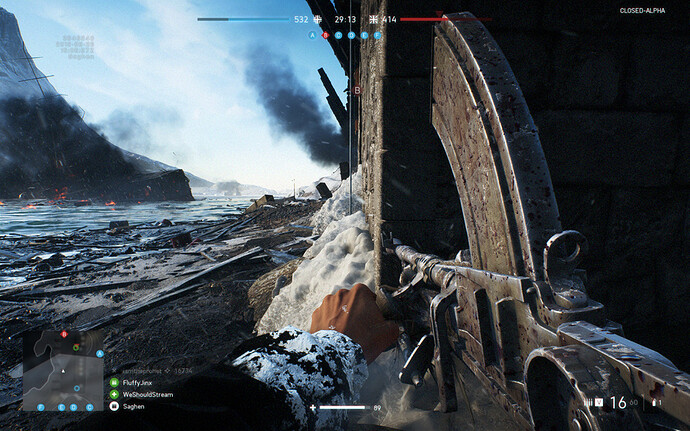 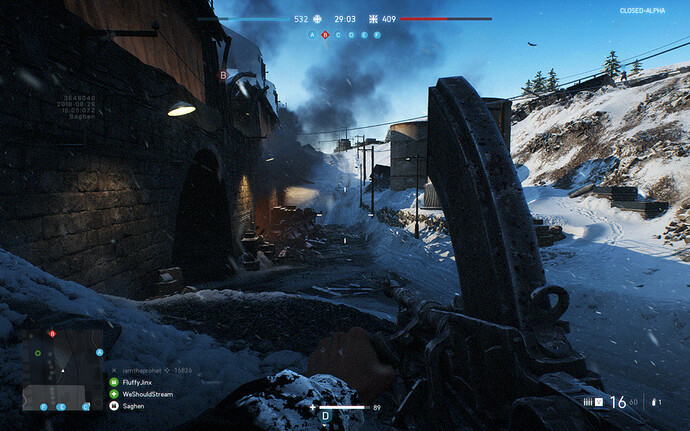 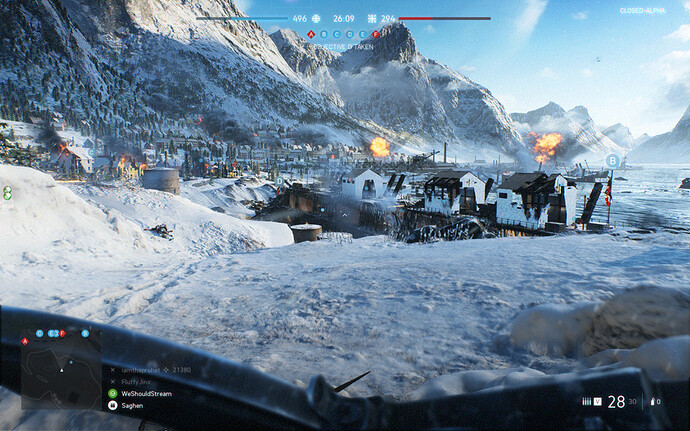 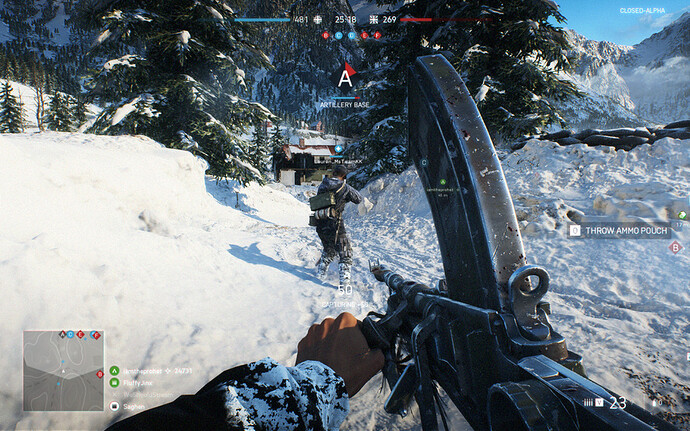 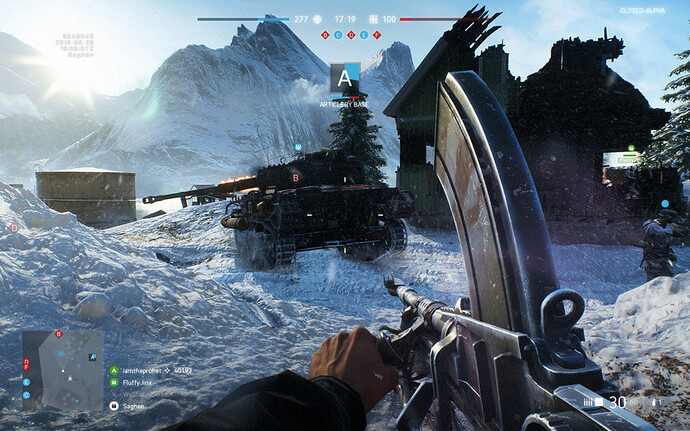 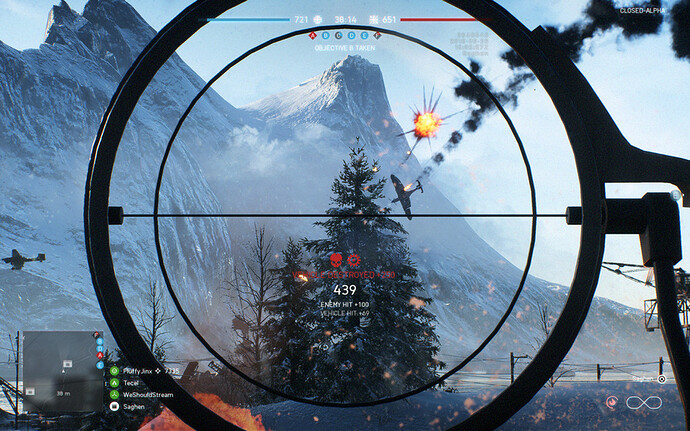 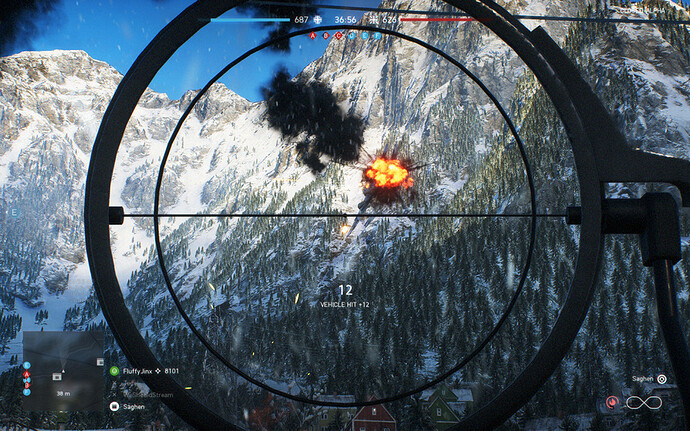 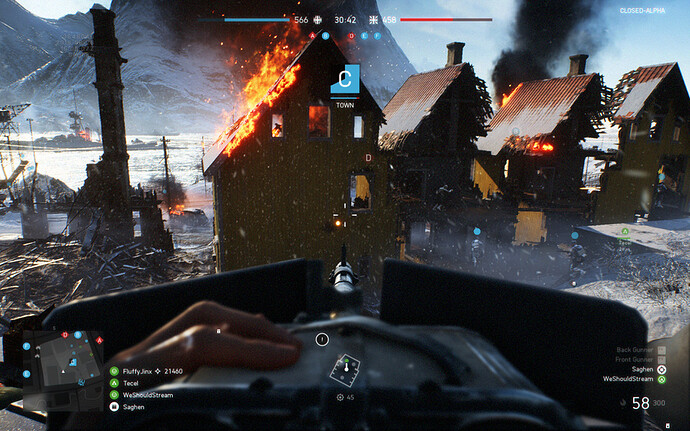 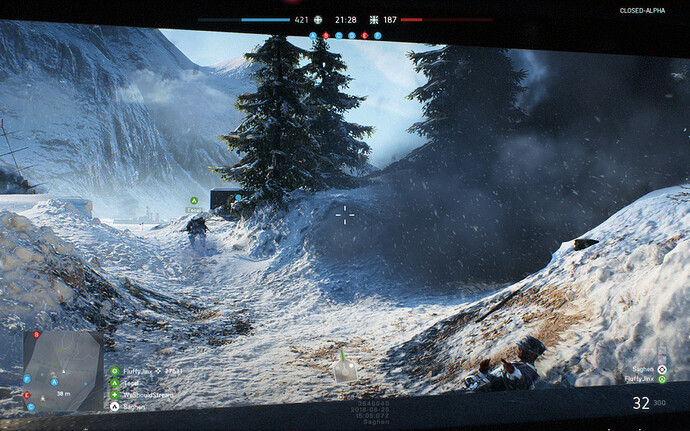 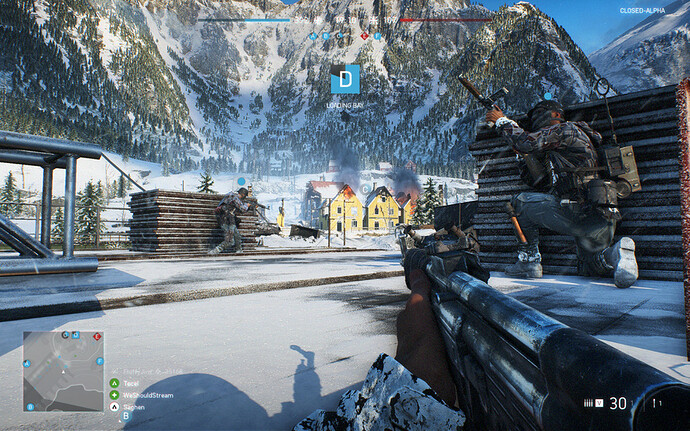 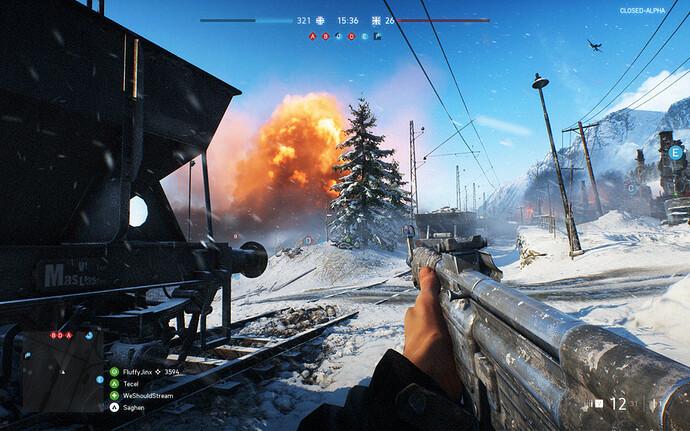 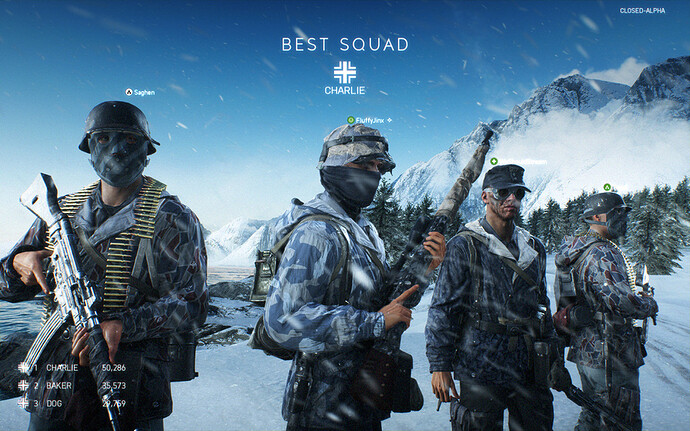 I got sent an invite as well. Finishing the DL now, curious to check it out.

Update:
I like the Potential for the revive mechanic.

From what I have seen so far tanks need to RTB for ammo and heavy damage. Grenades seem sparse too.

Looks like they are trying to bring back a bit more realism and team focus but we’ll see.

Battlefield 2 was probably my favorite. Arcade revives or not, fighting the MEC, strike eagle kills, long range bullet physics, it was ahead of its time. Like FC3 for ARMA. Vietnam was decent, but just didnt have the same legs as BF2 for me.

Spent many many hours on that game. Any game that lets you fight as Marines is a good one. Even that one crappy one, First to Fight.

BC2 was a surprisingly beefy contender though. I was set to dismiss it, but I ended up sinking hundreds of hours into it in 2011. It was a little small, but the gameplay was tight and addictive. Nothing since has really recaptured that feeling.

BC2 was my personal fave of the ones I’ve played. Nothing released since has captured that same magic for me…

BC2 and its not even close for me. By far the best pure gameplay of the series. The give and take of objectives with destructible environments and none of the icon spam that pervades the series now. I also enjoyed the single player campaign. It had the best banter between AI mates I have seen anywhere.

I’m remembering the first match it “clicked” on Valparaiso where I ran up a 12 to 1 KDR with the 416 and an ACOG at 11:30 in a dark dorm room trying to stifle smack talk so as not to wake up my wet blanket of a room mate.

Bad Company 2 MP was awesome but I think that I preferred BF3 MP to that.

That said both SP components of BC2 an BF3 were awesome for me.

Yup, I got those for the SP only to enjoy the MP much later on.

I have never played a SP version of Battlefield.

Shame, some missions (granted not all) are really awesome.
Not realistic, but Hollywood-Pop Cornish Movie-like good.

This threads have brought back memories of playing bc 2 in the barracks of margarita area, Camp Pendleton. 3 TVs w/ PlayStations, stolen furniture from the lounge, throwing empty beer cans out the door and over the balcony. We spent many a night harassing the Duty NCO, and surely making life hell for anyone still in the barracks on a Friday or Saturday night.

What did they really expect when they formed a provisional rifle platoon made up of short timers from all over the Division? We were literally the heartbreak ridge platoon, except GySgt Highway never showed up.

BF2, specifically Strike at Karkand. That sweet PKM–who knew that it was equally lovely as an LMG or a sniper rifle?

BF2, specifically Strike at Karkand. That sweet PKM–who knew that it was equally lovely as an LMG or a sniper rifle?

There is some level of hell that is just defending the first flag as MEC, and as you spawn, the entire USMC is playing as assault, descending that hill, and doing the dolphin dive / noob tube combo of my nightmares. I was so happy when they patched that out.