So, in the time of COVID tours aboard the North Carolina have been suspended (again) as North Carolina’s numbers have spiraled out of control. In the place of that, the museum recently won a grant to make available other forms of media and access to the ship available.

More information can be found here on the archives being digitized: http://www.battleshipnc.com/examine-the-showboat/

We’re also hoping to do more with the podcast series that started last year:

Welcome aboard “Showboat,” USS NORTH CAROLINA, BB55, the most highly decorated American battleship of World War II. In this podcast, we’ll discover the

Finally, a video series was started before volunteers were restricted from coming back aboard. First episode is live now, and we’re hoping (sooner than later) to get back to being able to shoot more: 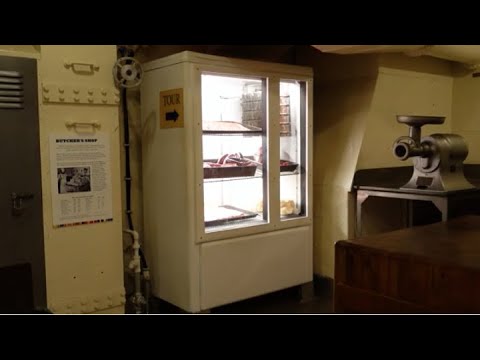 I’m hoping to get down to do some engine room stuff, and we’re open to suggestion for what folks think would make great topics to cover, so please let me know!

Excellent. Years ago I accidentally got hooked up with a tour group on the Lexington that was getting a private tour by once of the docents who had served on her. Soon as I realized I was on the wrong tour I tried to back out, but they insisted I stay since it was obvious I was enjoying the heck out of it. We went all over the place on the Lex, with probably 95% being areas that are not open to the public or tours.

Our guide had been a cook, I never figured I would have found a tour of the galley and stores so damn interesting, but hearing from someone who lived and worked there made it incredibly interesting. I could easily spend months following veterans around listening to their stories about their part of the ship. Whether the engine rooms, the machine shops, cramped little electrical lockers, the thousand and one admin desks, etc.

Something like that in the form of video tours would be great. You can go check out spaces that aren’t safe/easy to visit to the general public and tell the personal stories of those who crewed her. Give the public an opportunity to see far more of the ship then would be feasible otherwise and save some great oral history too.

When I visited North Carolina in 2003 I think I was in a state of awe throughout the ship. Anything mechanical was on such a scale. If I lived nearby I would volunteer to help. Sadly the Atlantic does get in the way.