I had a flight out to KSUS this week and this thing magically appeared on the ramp at Millionair.
This one is serial number 51 and was used as the chase plane for Rutan’s low orbit vehicle.
Haven’ 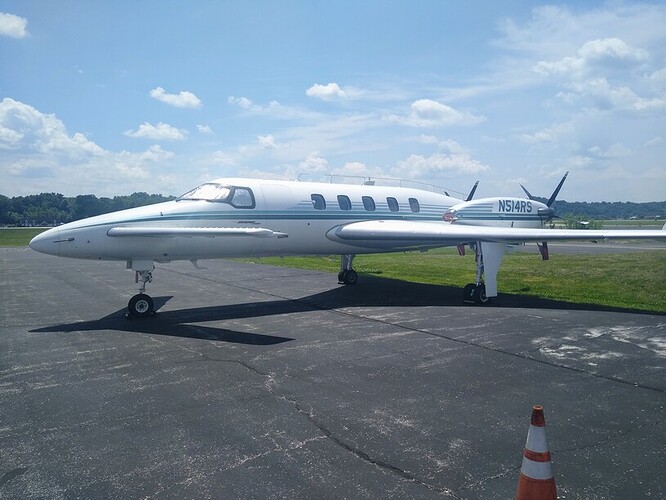 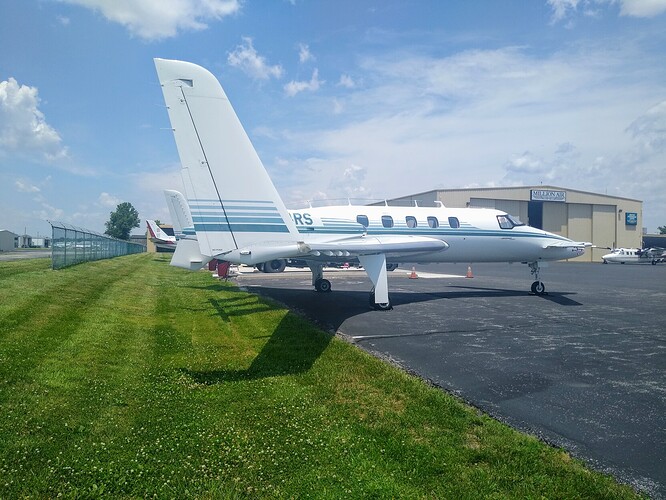 I’ve got 1 hour in that POS. Worst corporate airplane ever made: slow, loud, handled like a truck. But there are a handful of rich guys that love 'em so much that they they somehow maintain them in a semi-flyable condition. I read that one such owner actually owns two; the other as parts for the first.

Maybe I should explain so as not to insult anyone. Because it is a great looking machine. The original Burt Rutan design was just fine. But it didn’t scale up well. And once the various FAA requirements were forced into the final design, it turned into a punchbowl turd. The canard was angled into the wind like a snowplow. A story I heard was that it originally had a large tailcone with a fixed down-pointing stabilizer for extra vertical stability. This cone would transfer a huge amount of noise and vibration into the cabin from the props which passed it by mere inches. Later, somebody simply sawed off that cone. I don’t know how the FAA felt about that. But without it, the plane was smoother, quieter and faster with zero noticeable change in stability.

Our company was a Beach dealership in NC and the very first to get the thing. The KingAir models all have cross-polarized cabin windows which can be darkened by rotating the interior portion of the window (as I recall–correct me if my 30year memory is failing me). For the starship, Beach made this feature electronic. A few of us were sitting in the cabin the day the new bird arrived marveling at the newness of it all. One guy started playing with the widow shader switch at his seat but nothing happened. MY window was rotating! Another guy in another seat could control the first guy’s window. How this Quasimodo of a plane made it out of Kansas cross-wired like that I cannot explain. But it was telling.

Thanks for those insights!
It is a great looking plane, kinda sad that it doesn’t work as well as it looks.

kinda sad that it doesn’t work as well as it looks.

Yeah… I wish the Starship was the best and most popular corporate airplane out there, just because of its design. Hey, it’s got a canard… That appeals to SAAB lovin’ Swedes.

Cool plane with an interesting history. I think @smokinhole pretty much summarized it all. I think Beechcraft actually sought out to purchase all the planes to scrap them, but they couldn’t get all of the owners to give them up. That cockpit was pretty space-age looking in its day…

I’ve got 1 hour in that POS. Worst corporate airplane ever made: slow, loud, handled like a truck. But there are a handful of rich guys that love 'em so much that they they somehow maintain them in a semi-flyable condition. I read that one such owner actually owns two; the other as parts for the first.

They reasonably ought to be scrapped, even the OEM wants to get rid of them. Museum pieces perhaps but eeh… Those flying are a crash waiting to happen.

They reasonably ought to be scrapped…a crash waiting to happen.

They could always just ask me to land a few…

Perhaps you can make a post-pension career from that? Go to Nevada and smash a few old DC-10’s or 742’s into the ground every now and then?

What a great idea!

(Dang…I should have kept that neck brace.)

Be nice to the DC-10. She was no Starship. She was a queen designed for a better time.

Saw one of those at Lunken Airport that had belly landed during takeoff. They had just finished replacing the engines and all the belly metal. 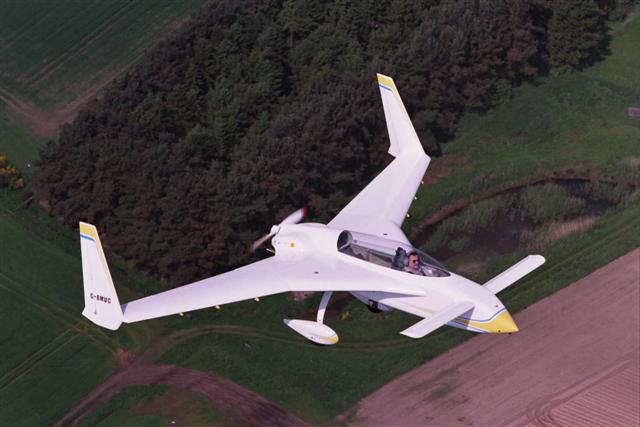 See one of those flying at Chino airport quite regularly.
[TAF KCNO]