It was my honor to do some beta testing of Reflected’s new Spitfire campaign, “Beware! Beware!”

I’m not particularly well set up for the typical YouTube narrated review, nor am I very competent in combat flying, so I’m going the good old-fashioned way with a written preview. 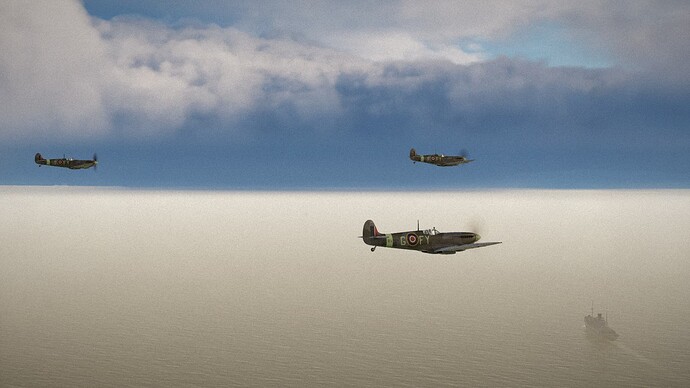 The campaign follows the escapades of No.611 Squadron based out of Biggin Hill from October 1942 to April 1943, when the Luftwaffe was still a deadly adversary and the Allies had not yet achieved air superiority. Each mission is carefully crafted from historical records and documentation, including 611 Sqn reports. If you’re familiary with Reflected’s other campaigns, the campaign naturally comes with breifing documents and charts, including copies of the original 611 Sqn reports so the player can compare their experience with that which actually happened in those historical moments. 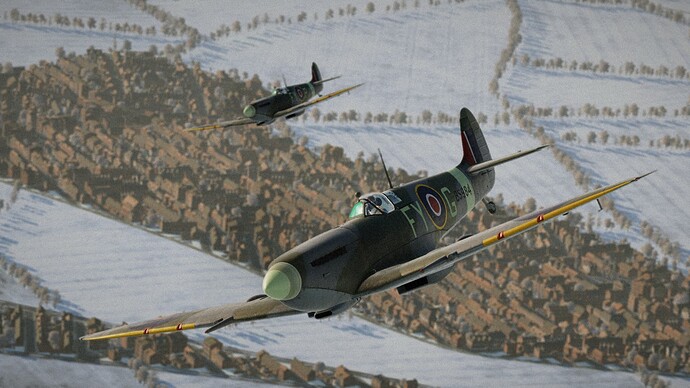 As the player, you start off as a new pilot in the squadron with two responsibilities: Stick with your wingman, and get home alive. Throughout the campaign you progress through various positions in the formation, and the missions are varied from the usual escorts and fighter sweeps to scrambles and training flights. And in typical British fasion, the weather can be quite shite at times, so your compass/stopwatch navigation and dead reckoning skills need to be on point. 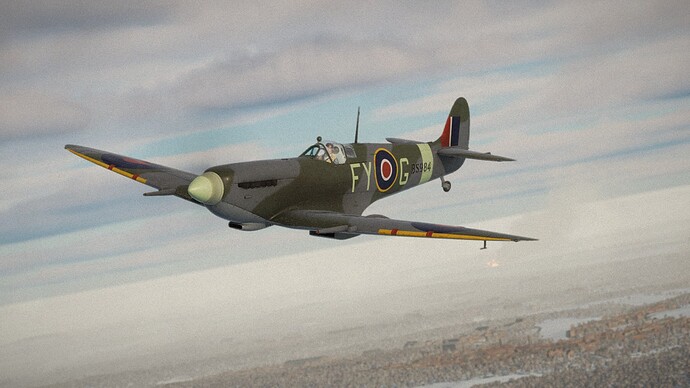 Your situational awareness needs to be on point too. Unlike “The Big Show,” where the Allies typically have superior numbers and superior skill, you’ll be fighting the Luftwaffe at their peak. Some missions will be in your favor, others will be in the enemy’s favor. The Hun will be in the sun, stalking you until the opportune moment for him to hit you and run away. Your head must be on a swivel and the moment you tunnel-vision on bagging a kill, you can find yourself on fire as his wingman jumps you. You may even find yourself on a patrol and getting bounced by bandits who appeared seemingly out of nowhere. This is not an easy campaign, but the incredible voice acting and radio effects pull you in so close to reliving history that you can completely forget about trying to score kills, and feel a sense of satisfaction in just making it home to nail that Spitfire landing in poor visibility, crosswinds, or turbulence. 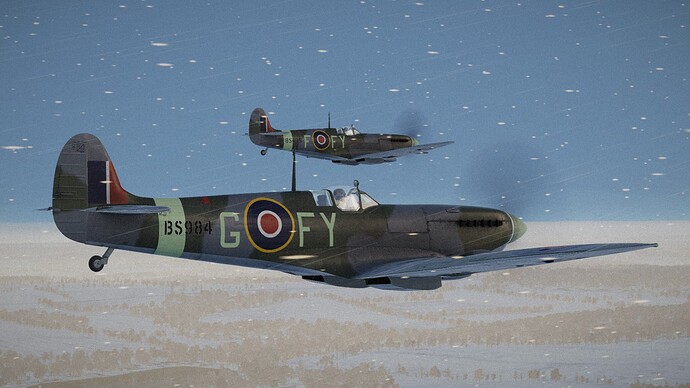 DCS being DCS, there are some pitfalls with the AI, mainly when it comes to maintaining formation. They often accelerate and decelerate without warning, perform erratic maneuvers, and can be notoriously difficult to keep up with when climbing from 0ft to 20,000ft, but it is manageable and once the lead starts flying, you’ll forget all about the AI.

I can’t say I’m not jealous of Wolfpack and Tactical Pascal easily racking up kills for their preview videos while I managed one whole kill for the entire campaign, but the experience was so immersive I felt like I was an average 20-year-old RAF pilot simply surviving to fight another day. Getting back home to Biggin Hill after duking it out with the Luftwaffe’s best was a feat in and of itself. Kills are just a bonus in this campaign. I can’t recommend this campaign enough for any Spitfire fliers.

In closing, here’s some chaotic VR footage from Rodeo 109 over Calais. I managed one whole kill for the entire campaign

Which I find pretty realistic…
Nice review. I’m getting it!

You sold it, this is just the thing ive been looking for.

Adding this to my cart. Thanks!

That second video of you flying was just absolutely superb. Had me on the edge of my seat.

Maybe I should make that one public then

I had left it unlisted because I figured people wouldn’t enjoy such a long video with only 30 seconds of killing a bandit. I guess the red/blue circles helped the audience build a similar SA picture to what I had in the moment. I should probably fly some missions again and post those in a similar style. I should also stop flying the Spit like Hornet. Too many reversals when I should just pull and rate on the bandit

I had left it unlisted because I figured people wouldn’t enjoy such a long video with only 30 seconds of killing a bandit.

Isn’t that the thrill of combat sim flying? To be in the hunt and then make the pounce. Shows you put the work in it regarding angles and kill zones. Strategy and tactics. That’s the best simming ever IMHO.