Anyone tried this yet? Call of Duty Royale might be fun. Haven’t played CoD since Modern Warfare. That was a great one. The C130 mission, the sniper in Chernobyl, good times.

I played up to the one (I think mw2?) where you could tactical nuke the multilayer games and checked out after that.
That sniper mission around pripyat was one of my all time greatest gaming moments.
Hiding in the long grass while the enemy soldiers walked a foot or so away past you was so intense. Awesomeness.

Oooh oooh and the ac130 mission where I didn’t realise you have a 150mm cannon till the end… God I loved that game! Shame it went all bananas after that. Not my cup of tea unfortunately.

Just as Flight sims seemed to peak in the late 2010s

Big hopes for the f14 heatblur release though…

That is exactly what I mean, right now is the late 2010s

In my defense I read that as late 2010…apologies

Flight sims seemed to peak in the 90’s,

Noooooo! We are living in the greatest of times. Yes, I too loved Chuck Yeager, Janes, MiG 29, Stealth, Flanker, Hokum, IL2. But they don’t hold a candle to the rush I am getting from X-Plane alone. THESE are the best of times!

THESE are the best of times!

Although feelings about flightsim development is sometimes overshadowed by memories from the good ol’ days when one could spend entire weekends behind the 15" CRT, on a LAN, with friends.

But that doesn’t take anything away from the fact that flightsims today, are incredible! Especially in VR.

I won’t argue that flight simming isn’t better today, we dreamed of playing games with the fidelity of DCS in the 90’s. But popularity wise, mainstream wise, I think the 90’s still has it. Pretty much everyone who owned a computer had a flight sim.

Yep, flight sims were practically installed by the computer builders.

Not to mention the standard of what made a flight sim was pretty much whether or not you flew an aircraft, regardless of how accurate or inaccurate it was.

This thread is off the rails… Lol

is off the rails

Try to stay on topic, please! This thread is not about trains…

This thread is off the rails… Lol 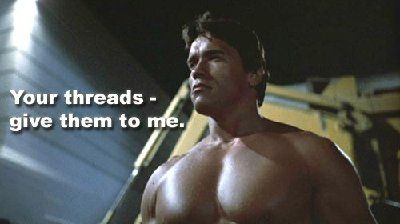