Have I missed something. Or is there too much choice to choose from? 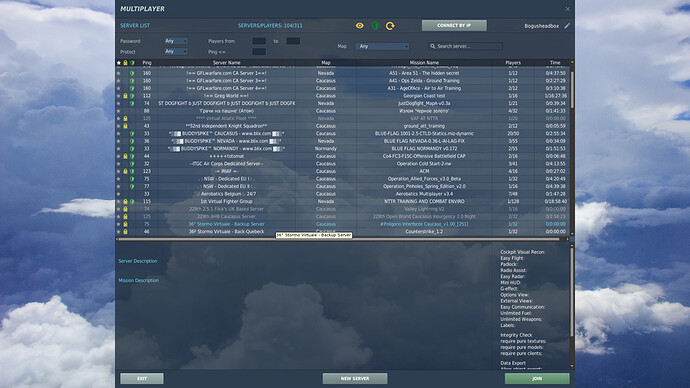 Checking them out now!

Me, UG, understand this. ME thinks many blue flag good thing !!! UG

After playing this round for what? two weeks? Blue finally won! The handwriting had been on the wall all night so no red was around to make a stand for the last couple of server cycles. This was the first time I was present for a win. Finishing a hard Falcon campaign is satisfying. But this was another order better. I think I will go back to Red because I miss the Mirage and the Ka50. But now that I’ve seen what the Mistral can do, it’s a really unfair helicopter fight without r60’s on the 'Shark. Whatever side you play, M-Vody is the center of the chessboard. Take (or keep) that and you’re golden.

(ss taken by another player at Anapa just after we captured it.) 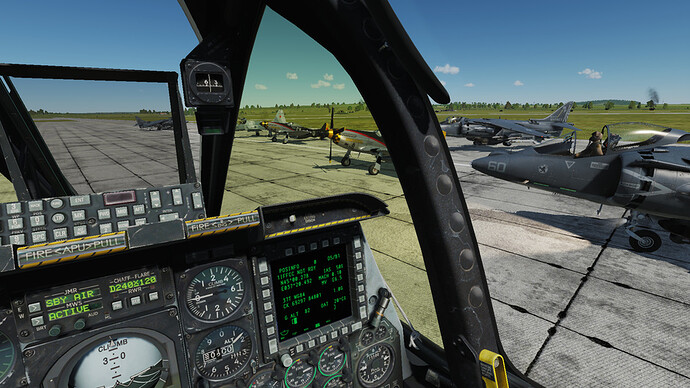 I seriously doubt labels are permittwd but I don’t know for certain.

As @smokinhole suggests, labels are forced off server side

Also, only your aircraft appears on f10 map. So communication is key.

welp that sounds a mite too hardcore for me.

Its a perception of being too hardcore. The blue flag community is very welcoming IMO.

What aspect of it do you think is too hard core.?

The labels policy lol. I fly VR, but that makes it very hard indeed to spot distant things. I normally play alone, doing exercises against AI targets and use labels to see what would otherwise be unable to be seen.

Ahh ok, well with the deficiencies of vr, i can’t really help with that.

However, the beuty of blue flag is, that you usually have a GCI on who acts like an awacs. Some of these guys can be very good. So while you may not be able to spot the enemy, the gci can call out bearing and alt of aggressor to guide you to or advise you of an incoming threat.

For ground pounding. Usually attack as groups, so you should be able to follow a friendly in. Also you can ask for current target over radio or chat and someone will chime in with what they are after. Better yet, check in with gci and he will task you.

Still have troubles finding a target, get someone (or do it yourself) to drop a jtac. The smoke shows all.

Don’t wan’t to bomb or a2a then you can deploy troops, anti air defenses, capture assets, deploy search radars to increase your gci’s coverage, repair assets to stop the enemy capturing them.

Depending on what you want to do, i think blue flag can offset your dependency to labels.

Basically, all i am saying is don’t be intimidated by it. Just jump in and see if blue flag lights your fire. Plenty of people here can give advice on what can help you out to understand how it works.

Just an addendum, would a “how to play/ what you need to play Blueflag” thread be of interest to anyone?

[expletive deleted] yea it would!

Of interest would be what days and times you guys play? I am not an lonewolf at all.

For the how-to thread can be used also this one. Subject is easily rewritable.

Btw there is also unoficial Guide to BF

I play exclusively VR. Labels are not needed. All the ground pounders use a pod or TV. As bogus said, there are often players who direct the battle on comms. What is completely essential is Simple Radio (SRS). For an inexperienced player SRS requires a little handholding. I recommend flying Blue as it is more coordinated and friendly. Flying Red makes one feel like he’s flying for the Klingons—but its the side I prefer.

All the ground pounders use a pod or TV

Hehe, I meant killing stuff on the ground (presumably the only place where labels might be wanted.)

If you are CCIP bombing (or worse) then you have my complete respect.