The US Coast Guard reportedly rescues the two pilots of the plane, which crashed near Honolulu.

First and foremost, great to hear the crew has been rescued.

When I saw the headline and discovered it was Transair, it did not surprise me. I know a few pilots that have flown for Transair and based on their experience, the operational/maintenance habits left something to be desired. It could be anything and we’ll let the investigation do its thing.

All opinions/speculation aside, a ditching at night is one of the worst situations apart from a cabin/cockpit fire. They likely had a reference “horizon” with the city lights nearby and put it down in shallow-ish water. (In a previous life, I lived just north of where they put it down. Great surf area!) The Navy/Coast Guard should be able to grab this bird by day’s end.

I was just in Maui yesterday. I have seen that airline flying around. Old “junk jets” are such a rare sight these days that spotting one in the wild is a pleasure. One less, I guess. Wishes for a full recovery for both.

Incredible that they managed to survive an oceanic ditching at night. Wow!

My first thought is that if a dual engine failure really occurred is to speculate whether the engines had any oil in them. It seems oddly reminiscent of:
Eastern Flight 855

Pure speculation, but arguably more likely than fuel contamination or some other failure.

The 737-200 that went down was just just 22 days from its 46th birthday.
I thought they were retired before then because of the Aloha Airlines incident in the 1980’s. Guess not…

JetPhotos.com is the biggest database of aviation photographs with over 4 million screened photos online! 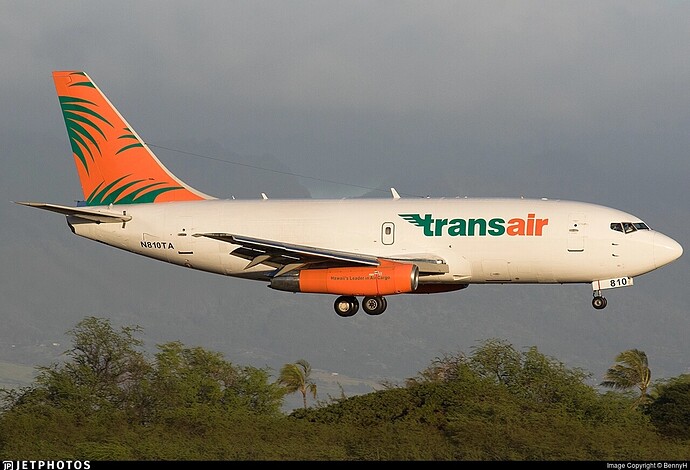 My first thought is that if a dual engine failure really occurred is to speculate whether the engines had any oil in them. It seems oddly reminiscent of:
Eastern Flight 855

A friend of mine was a flight attendant on that flight. I’ve spoken to him a few times about the incident and while he could laugh about it later, he, quite unapologetically, transferred to a desk job after that. Seemed that they flew awfully far South after declaring the Emergency?

Seemed that they flew awfully far South after declaring the Emergency?

Actually they did a good job. The loss of one engine isn’t all that big of a deal. Unless you’re on fire, take your time and finish the checklist and when ready take the turn back. Where one might argue that they screwed up was when the second engine (#1) started to overheat. That’s when the checklist maybe should have gone in the bin and a turn ASAP might have been best. But they were there and we weren’t. Flying for companies like this one is an existence in the armpit of aviation. (EDIT: Maybe a little harsh as I don’t know much about them except that the -200 is the cheapest, oldest possible choice for a short-haul cargo op.) Most of us have been there. You bid your time. Fly as safe as the equipment allows and spam the world with resumes until you get lucky.

The NTSB have released footage of the crash scene. It’s amazing they walked (swam?) away from this. Those pilots must have earned some serious good karma! There is also the possibility of a breakup during the sinking to the bottom of the ocean. The aircraft may have been in one piece after the ditching, although damaged, and then broke up when it sank. But still, good job surviving that!

Did they ever recover the flight data recorders from this flight?

According to this Wikipedia article, recovery started on the 9th of October. 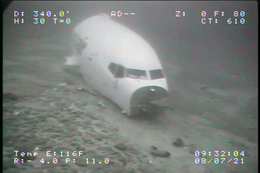 Transair Flight 810, a Boeing 737-200 converted freighter aircraft on a short cargo flight en route from Honolulu International Airport to Kahului Airport on the neighboring Hawaiian island of Maui, experienced mechanical difficulties and crashed shortly after takeoff in the early morning of July 2, 2021. The twin-engined plane was owned and operated by Rhoades Aviation, Inc., and had a crew of two. Both Pratt & Whitney JT8D turbofans faltered shortly after takeoff. Unable to maintain altitu...

Hopefully marinating in salt water for 90+ days did not damage them too badly.

I’m guessing that since the crew survived, they probably have a pretty good idea of what happened.

they probably have a pretty good idea of what happened.

*What the crew agreed to say happened.

Most of us have been there. You bid your time. Fly as safe as the equipment allows and spam the world with resumes until you get lucky.

One of the two reasons I never went into civlian aviation. My physical and mental health just wouldn’t be able to hack that purgatory period between flight training and getting picked up by a major airline.

It’s refreshing to see an incident with everyone surviving. I’m surprised I just now found the news about it today, but I guess the media has its bias on pushing the more tragic stories.