I’d like to make some snarky comment about the Snowbirds teaching the Blue Angles a thing or two but the minute (well, second) you see the ancient CT-114 Tutor aircraft, well, those attempts at humour get turned around on me pretty quick

The Canadair CT-114 Tutor (company model CL-41) was the Royal Canadian Air Force (RCAF), and later Canadian Forces, standard jet trainer between the early 1960s and 2000. It was designed and produced by Canadian aircraft manufacturer Canadair. Development commenced as a private venture by the company. On 13 January 1960, the prototype performed its maiden flight; a year and a half later, the Canadian Government placed a major order for the type. The RCAF would be the dominant user of the type...

Saw the Blue Angles fly up here in Canada a few years ago. They perform an awesome show!

Bet that’s a fun fraternity to be a part of. Would love to hear those two talking shop about their airplanes and routines…

The snowbirds really are a great show.

We live about an hour of from a local airshow, although mid-August it is always incredibly hot (like melting kids) and the airfield is pretty bare for shelter. They do an evening show that we might check out for sure though. 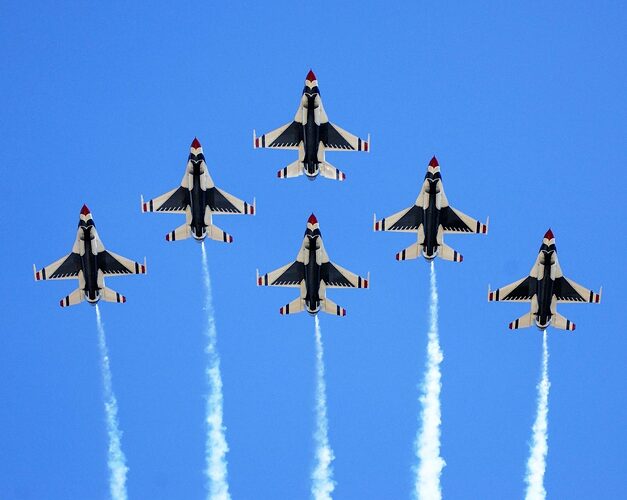 ) plus a nice looking F-86 display team. The Snowbirds and the Brietling (sp?) also look very good, plus the vintage always put on a great show (those sounds…).

They have the USAF F22 this year (hopefully not a stealth flyby ) plus a nice looking F-86 display team. The Snowbirds and the Brietling (sp?) also look very good, plus the vintage always put on a great show (those sounds…).

I was there last year, will be there this year, cant miss the F-22, and the Sabres… and the CF-188 Demo with BoB colours… and the F/A-18E… and the WWII birds from FHC… ummm yes, gonna be a good show this year