A little confused here. I had installed the release version of the game and I am looking to change to the OPEN BETA branch.

I updated release version of the game to latest. Then used to CMD prompts to switch to open beta. It went through the install process and said I was up to date, but its still the release version and no Nevada.

I then tried the GUI tool and it did the same (updated but only to release version).

So I used the CMD prompt to revert to the previous version (release) and opened the game. That seemed to work fine.

Then used GUI to update to latest OPEN BETA version. It updated and said "complete to latest version of openbeta. x x x x " But opening the game its still seems to be the release version and I am unable to install Nevada.

The Nevada map is on the 2.0 Open Alpha, as in a separate install for than the 1.5 Open Beta stuff.

Check which DCS you’re starting, as I have two icons, which point like this for the two separate versions:

I am not sure if people all run it in the same directory i.e. alpha and beta, so apologies if this doesn’t help and I’m just doing things weird over here.

So there are two extremely distinct versions of DCS

The release branch and it’s ~quad weekly betas are the Caucus Theater, and referred to as 1.5.x. The open alpha exclusively has Nevada, and is 2.0.x.

They are separate exes, you cannot switch between them, but you can download the open alpha here.

If you have the release/openalpha installed, it shouldn’t take all that long to download, as it will copy all relevant files over. 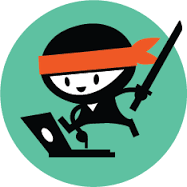 I understand now… and unfortunately my hard drives are maxed out and I don’t have room for a separate install. I will wait for the merge.

A little confused here. I had installed the release version of the game and I am looking to change to the OPEN BETA branch.

The GUI Utility should be able to Update to specific branch / version in the Adv menu.

The GUI Utility should be able to Update to specific branch / version in the Adv menu.

Some smart dude wrote that thing if memory serves me right.

Thanks skate, I mentioned above I used it. I wasn’t aware there was no F-111… that was the problem.

Release and OB are the same version, so running the command would just prompt up to date, while silently changing the branch to open beta in the autoupdate.cfg file.