Don’t take this as being critical just something I noticed, and this may not be the case, but it appears you were making some pitch adjustments with the stick, it seemed like the plane was struggling to hold the donut at times. You shouldn’t have to touch the trim or make pitch changes in the stick after you get on speed when fully configured. The trimmer in that configuration (gear down full flaps) sets a desired AOA and the FCS maintains it. So as speed decreases the FPM drops, speed increases FPM rises, but the AOA stays rock steady.

Hopefully this doesn’t come off as condescending, I thought the video was well done.

Tried that again today without success. Can you explain the technique more fully? Are you using ATC? My AoA is constantly changing.

Easiest way to demonstrate how it works in the hornet. Fly at a speed of about 250. Drop gear and FULL flaps. Use nose up trim to get the FPM in the middle of the E bracket. and then let go of the stick. Use only the throttle to hold level flight. Im not good with words. Heres a good video showing how it works, starts around 10:30 he goes into details. Basically when you manually add pitch adjustments in that mode, you are fighting against the computer trying to help you out. Its one of the reasons you see dudes sawing the throttle when landing the hornet in real life. Maybe @boomerang10 can add some RL tips/pointers. I believe in the Super Hornet it even shows you the number of AOA you have trimmed for.

The trimmer in that configuration (gear down full flaps) sets a desired AOA and the FCS maintains it. S

Interesting, but it the response time is way too slow. You’ve got 30 seconds in the groove.
Take a look at this guy controlling throttle and stick (Super Hornet) in a real carrier landing: EDIT: I went and tried it in the sim and it worked pretty good. Still got a no grade EGIW, but it went pretty smooth with no calls from the LSO. Will continue to experiment.

Whoa! He’s going crazy on that thing. Totally against the most common advice I’ve seen on the subject.

Well. I’m faaaar from an expert but, could be turblence/the “burble” behind the boat? I’ll bet it looks worse in that video than it is.

Even when trimmed on speed I still ‘jiggle’ it a bit. to make fine adjustments but they don’t throw it off that much. Dunno.

Thanks for that. A great demo. Now to practice

The vast majority of that input is roll also. I’m not a pilot, never claimed to be, just saying how the computer acts in landing configuration. If you want to keep on speed, you can’t make big corrections in pitch with the stick.

Also see how the trimmer is untouched, I’ve heard of guys jiggling the controls like that before, forgot the reason though. Wouldn’t apply in a simulator. Maybe to keep the slack out?

I’ve heard of guys jiggling the controls like that before, forgot the reason though

Reminds me of a RL pilot (somewhere) hinting that ‘stirring’ the stick when trying to stick the basket during AR can be helpful. I actually tried this in the sim and it sorta helped. I don’t need to anymore though.

I don’t know. There doesn’t seem to be any way the engines could keep up with those rapid changes. I know the response time is way slower. Well, I don’t know it, but I would be very surprised if it could keep up with that. I tried it in the sim once (the VRS superbug) and it actually worked out o.k. I think the theory is you take the “overthinking” aspect out of it. Kind of like throwing a baseball. Your body knows what it needs to do to get the ball exactly where you want it.

You shouldn’t need to be making drastic glide slope changes that close anyway, and you won’t have to if you hit the numbers. Secondly, the engines are running in the upper range of RPM where the response is actually pretty good.

Not perfectly applicable because it’s a different system, but that’s why in the tomcat you are supposed to have the air brake fully extended when landing. Keeps the engines in a high rpm range where they are more responsive.

@Chaz I hope you don’t think I’m bagging on the video, or that I’m some super expert. Just thinking out loud.

Did I say something about making drastic changes? I’m just trying to say that there will be times where you will need to bump the stick. I’m not trying to argue with you or tell you your wrong. Like I said I think that Froogle’s video is interesting; I hadn’t seen that before nor did I know that the AOA would be held steady like that. Thanks for posting it.

Yup, as you adjust the trim it will display the value in the HUD. Also, engaging ATC should set the correct trim, though I don’t know if DCS does this.

Interesting, but it the response time is way too slow. You’ve got 30 seconds in the groove.
Take a look at this guy controlling throttle and stick (Super Hornet) in a real carrier landing:

Groove is 15-18 seconds and, at night, is really the first time you start looking at the ball.

I also believe that he has ATC engaged in the video above. The throttle movements are too smooth and it looks like the throttle is moving his hand, not the other way around.

Looking at his other videos, he’s definitely using auto-throttles in those so I think it’s reasonable to assume he is here as well.

Well. I’m faaaar from an expert but, could be turblence/the “burble” behind the boat? I’ll bet it looks worse in that video than it is.

You are able to make very fine adjustments with the stick and those movements are a result of that. You can throw around the stick quite a bit and make very precise corrections to your lineup, which you’re doing the whole time in the groove.

Burble would drive someone to increase power in close to counter the excessive sink rate caused by the drop in wind.

I’m just trying to say that there will be times where you will need to bump the stick.

There’s definitely adjustments made in pitch. As good as the FCS computers are, if you change the power drastically, it may need some corresponding pitch adjustment, but it’d be very minor in magnitude.

I appreciate the feedback. Certainly didn’t expect all this though.
I did adjust the wind and turbulence in the mission editor to change things up a bit.

@Gunnyhighway Zero offense taken. As a matter of fact, you are the first to note that. At the end of the day, this is just entertainment for me.

If passengers only knew how much we hacksaw at the controls in high wind/gusts, they’d probably never want to fly again. When I flew the Q400 in Hawaii, particularly Maui, the afternoon winds were commonly 25 kts gusts to 35 knots and a 30-40 degree left crosswind for runway 2. And the Q flight controls required a gym membership to manipulate, especially the ailerons.

Well, I was certainly more than thrilled to walk away from that Case III above with an OK LOIC 3 wire. On centerline too. See the adjustments made just inside of 100 ft. 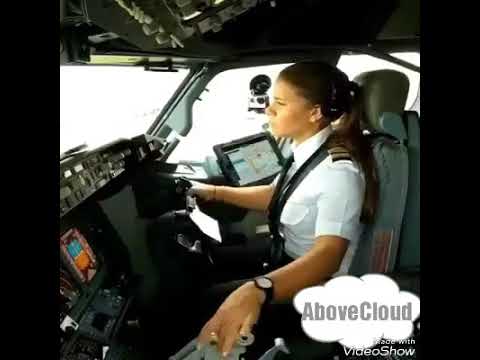 Ride-em cowyboy! Yeah, myself and buddy were jump-seating once, mid-90’s. The exact aircraft I don’t recall, only that was a Boeing product and had 2 jump seats.

The pilot had 4 appendages going at once in a wild wind situation. I was, as you mentioned, amazed at the amount of 'input’s (yoke and rudder). None of us of course said a peep during all this; it was mesmerizing.

After touch-down, in unison, myself, my bud, AND the copilot all called out, “NICE landing!”. The pilot just shrugged, “Thanks”. All in a day’s work.

O.K. Big THANKS to @Gunnyhighway for posting that On Speed Video. For my last 5 trap attempts, I’ve eased up on the stick and have gotten 4 perfect passes and a bolter:

That video really helped a lot. I went from getting cuts and No-grade EGIW to this after watching.
I had known the theory before, but I think I wasn’t buying in.

Now, I gotta go see if I can get better accuracy on these JDAMs…

Thumbs up ; I’m pretty happy with vaicompro’s first iteration of carrier comms however:

So a little rough around the edges still but pretty awesome already.