Cause of Melting/Burning Nvidia 4090 Cables Found? Don’t bend your 4090 power cable at the base Richie Rich!

Just saved ya 15 minutes of watching this clickbait.

The video goes into the physical explanation for the problem, and clarifies that its not simply bending that’s the issue, but the way/direction that the cable is bent.

Just Don’t Bend It as Nike would say.

I made this comment elsewhere on the web, but this is why in electrical engineering, there are minimum bend radii for wires- because of exactly these kinds of things. Especially considering how much current is being passed through those little wires and that tiny (plastic- something else that needs to be looked at) connector, it’s just asking for trouble. There are easy ways around this- put the connector at a 90 degree angle, to prevent the kind of stresses that create those shorts and broken conductors inside the connector.

Gamersnexus and JayzTwoCents predicted this a few weeks ago - and all that was heard from NVIDIA was crickets.

JayzTwoCents predicted this a few weeks ago

I like his videos and the relatively balanced way that he is dealing with it. He doesn’t hate on the 4090, but the cable/connecter placement and choice could have been better by Nvidia. Willing to bet that in a few weeks, Nvidia will be offering a cable replacement program with a better cable. 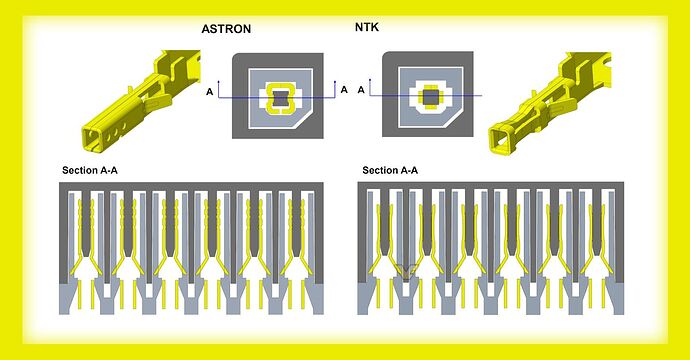 There are two manufacturers of NVIDIA’s 12VHPWR connector, and you should probably avoid one Igor’sLAB is working tirelessly to get to the bottom of the 12VHPWR ‘melting’ problem reported by many users already. The latest development is a discovery... Good to see GN doing some responsible reporting, persevering and not accepting easy answers. Seems like they’ve done a good bit of investigating there.

Make sure you plug the card in fully … 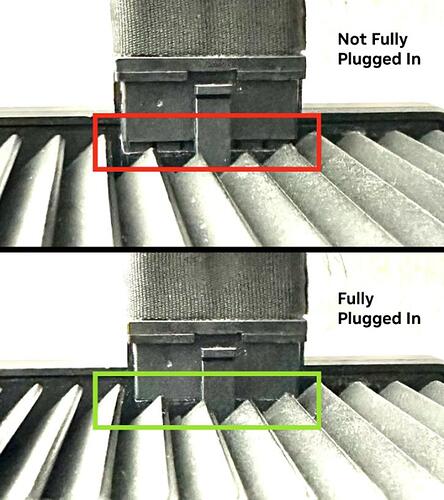 That hook on top of the plug should engage the card’s receptacle. Nvidia recommends making sure the plug is in fully before installing the card.

Also, as already mentioned above, don’t bend the cable close to the base of the plug.

I don’t think I’d ever buy a 4090, but if I did, I’d probably blow out the plug and the receptacle with compressed air to make sure there is no tiny debris that might cause a problem. I’d probably leave the glass side panel off my PC as well so that I wouldn’t have to bend the cable against it as I’m currently doing with my 3080.