This is a whole new rabbit hole, for me.
The concept of challenge coins was pretty unknown to me, but they look cool and can be collected…so…

Here are a few I’ve found so far. 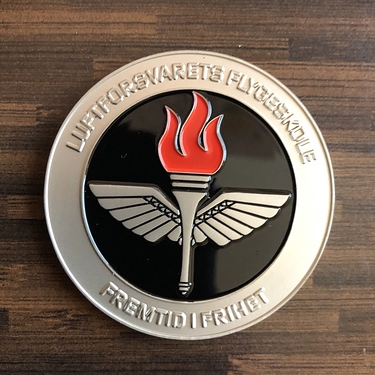 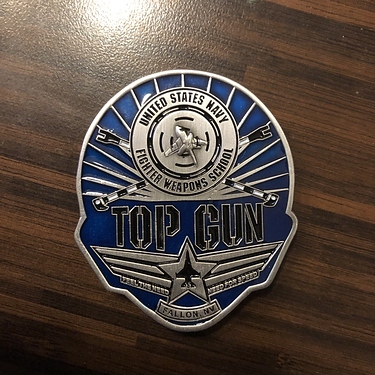 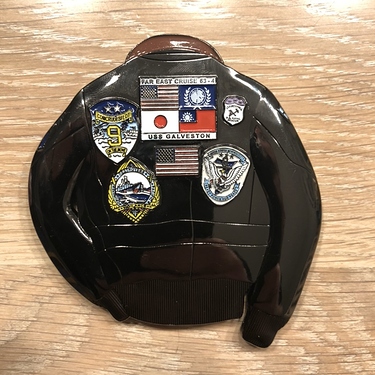 Not sure that last one actually is a challenge coin, but it was sold as such… It’s rather large. 80x80mm. But it’s metal and it definitely is very cool! 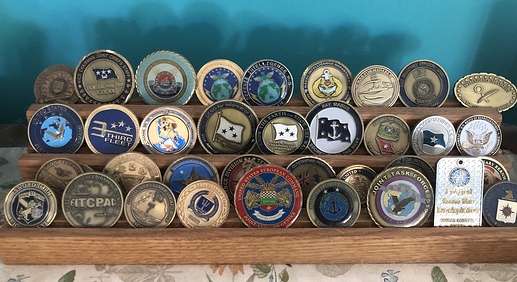 My favorite from my Targets Branch at JAC Molesworth. 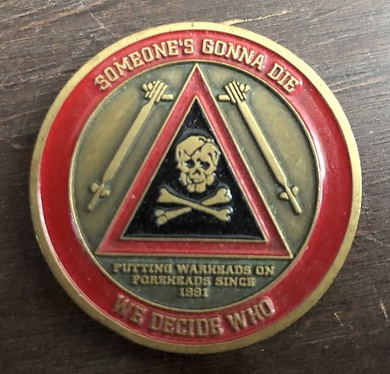 Only have one. It was given to me by Dick Cole at a Doolittle Raiders event at Planes of Fame.

It was given to me by Dick Cole

Can I trouble you for a pic…? Pleeease!
Would love to see it.

Don’t have any good challenge stories…just somebody slaps a coin down in a bar, I slap mine down, and somebody else pays for the drinks.

My only “coin story” - at my retirement ceremony, as is traditional in the USN, they read “The Watch”. Towards the end of it, where they say, “Today we are here to say, 'Shipmate… the watch stands relieved…” I marched out to the most junior Ensign at the command (it was the Navy Intel Schoolhouse; she was a newly commissioned Ensign going through her initial training). She saluted me and said “The watch is relieved”. I returned her salute–with a heart-felt “Very Well”–and then reached into my pocket and passed her my “lucky coin” to take care of.

…and that was it. I was retired.

So that is the one coin that is missing from my collection.

Tradition and ceremonies have a purpose, but are unfortunately often neglected outside the military. Just in my 20 something long career I’ve seen the wing ceremony, the gold watch at 25 years and the retirement gift dissapear because of budget restraints. It’s really a missed opportunity for the employer to establish some espirit de corps, which will build loyalty, and in the end actually save money.

I bet that coin means a lot to that Ensign…

Our company has issued them on and off over the years for memorable events. I have few from hurricane deployments. Here were a few that were in my desk, I have some additional ones up in a drawer waiting for the day I put them on a display rack.

My most treasured is the one my dad gave me a couple years ago. I had been shuttling back and forth up to DC to help out while he was going through some pretty rigorous cancer treatments. Seeing my old man, who is a tough as nails retired master sergeant, brought to tears by his treatments from the pain was pretty sobering. He toughed it out. That was followed shortly by back surgery, ankle surgery…all from brittle bones brought on by 1970s radiation treatment for cancer brought on (mostly likely) by exposure to Agent Orange in Vietnam. He’s still alive and kicking…diagnosed again a few weeks ago with another cancer…mycosis fungoldes. I think this will be his sixth or seventh dance with cancer.

Anyway, Dad slipped me this coin on one of my visits a couple years back. A gesture where none was needed. But I’m glad I’ll always have it. I’m sure he wishes the coin wasn’t for the current role of Ft. Belvoir (home of the Defense Logistics Agency) and rather the one he served when he was there at retirement decades ago (he was a combat engineer in Vietnam). Back in the late 90s, the base realigned and the engineers were moved out to Ft. Leonard Wood right when my father was getting out.

The big red castle of the Army Corps of Engineers was ever present throughout my childhood.

Wow!
This is what I’m getting at…
The coins themselves aren’t important. It’s the unit and/or occasions and ultimately the individuals they represent, that means something and can mean a lot.
They are a symbol of a bond between individuals within a group.

Wow!
This is what I’m getting at…
The coins themselves aren’t important. …They are a symbol of a bond between individuals within a group.

Yes, they are. Kudos to @Troll for a great idea for this thread!

Here were a few that were in my desk

Beautiful. However , you need a stand to hold them. It’s not for you. It is for your family / kids…and us!

Here’s a few from my glory days, including an army one given to me by the CSM of an Army unit we were called out to assist.

2/5 was the best unit I served in, finest organization I have ever been associated with.

2nd Battalion 5th Marines is the most decorated battalion in the Marine Corps, and also responsible for repelling an alien attack in Los Angeles.

A friend of mine helped a young man get into the police academy (where I am an instructor). They both served in the 75th Ranger Regt (though separated in time of service by a decade or two). My friend asked me to ask this cadet for his Ranger coin, as he should have it on him at all times. I proceeded to do so one day on the range (I was a firearms instructor at the time), and the very embarrassed cadet explains to me that he has it in his POV as he didn’t want to risk losing it during training. He tells me that he will have it tomorrow no fail.

The next day he finds me in the range office and not only does he have his Ranger Regt coin, he also hands me a coin that had a rather distinctive emblem. This young man had received a challenge coin from 1st SFOD-D, Delta Force/CAG. He gave me what he could of the background to explain how he been awarded this challenge coin. Only time I’ve ever seen a Delta coin.

I have a few interesting ones from over the years from various LE units and agencies (though patches are really the big trading item in LE). I’ll take some pictures when I get back to the office.

…and also responsible for repelling an alien attack in Los Angeles…

I was kinda rooting for the aliens on that one…

The patch thread reminded me that this might interest the group here. 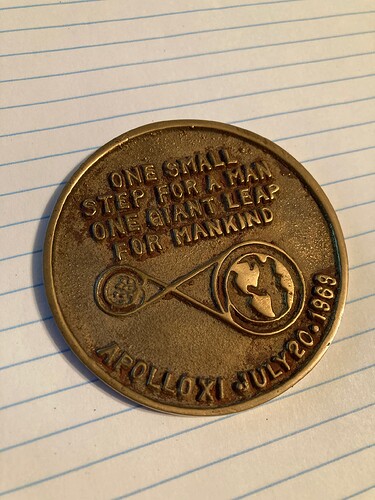 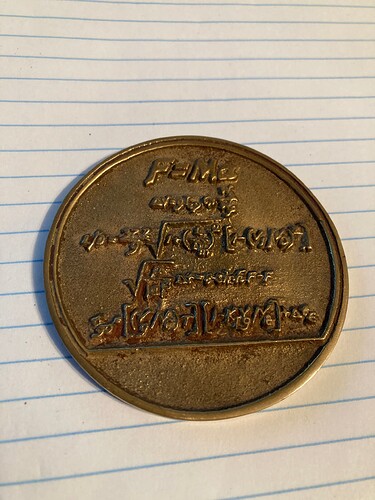 I had a grandfather who passed before I was born that was a fighter pilot in WW2, and later a USAF test pilot in the early jet days. This was followed by working for NASA during the Apollo missions.