Well, as you can see, we enjoy CMANO here, so thanks for making it and welcome to Mudspike

Thanks. Looking forward to helping anyone who may need a hand.

I couldn’t figure out why the air ops window wasn’t showing in the tutorials where you control NAS Fallon. Turns out I clicked the wrong Fallon icon. I am not a smart man and would need a whole lot more then a hand

When you select an airbase (any base really) there is a button on its status panel going like “Aircraft: XX / YY”. This quickly shows you how many planes are in that base, and how many of them are ready for ops.

BTW I really recommend the new airstrike tutorials that come with the v1.14 update (and the new sub tutorials too).

For new players or those interested in a play-through, we’ve also got some really nice ‘after action reports’ in our #screens-aars sub-forum as well. A couple of great ones:

BTW I really recommend the new airstrike tutorials that come with the v1.14 update (and the new sub tutorials too).

I will check them out @Dimitris thank you . The one thing I bounce off of in CMANO is air mission planning. I just want to micro manage everything and could really use some help with it. 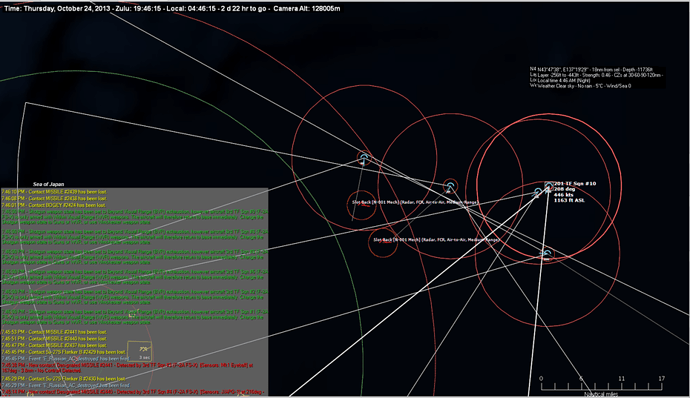 It was about then that Comrade Sukhoi released he had ■■■■■■ up.

I have some questions to @Dimitris if you do not mind:

I have been fooling around with setting up enemy ships to radiate only with a radar that is common across multiple classes (for example Head Net C which is installed on Kara, Kashin, Kynda and Krivak: 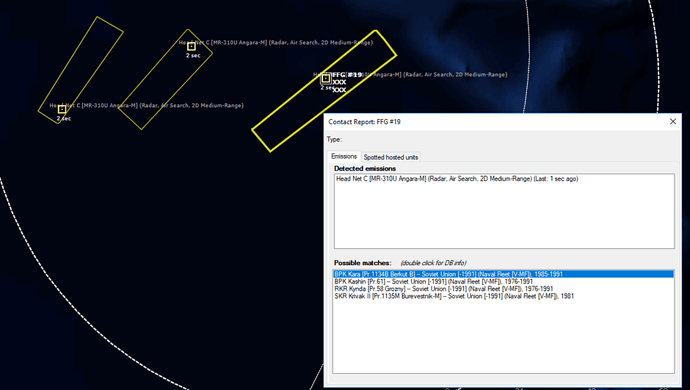 Despite the contact report listing all possible classes, the unit tag on the map correctly shows which contact is a CG, DDG or FFG, therefore allowing classification. Is there something I am missing?

Some Soviet units have a missile tracking radar (for example Echo II for SS-N-3 or Kiev for SS-N-12). Does this serve any purpose in CMANO?

Explicitly modelling these intricacies in-code has long been on our dev stack, but always something else has had greater priority at any given time

You can, however, probably model these limitations through Lua. (e.g. “if guiding missiles > 0, max depth = 0”, “if datalink_device_status=off then missile_goes_autonomous” etc.).

I think this is the relevant thread.

I’d love to buy this (even considering is at an all time low) but I’m really not sure what to expect, control wise.

I’m not an expert in Naval Warfare- so would I have all the instruments in my hand to employ my resources correctly?
Or in other words… do any of you have a video AAR that shows me exactly how the gameplay is?
I mean, I have a generic idea (more or less an updated version of Harpoon) but I either find stuff that’s greatly sped up for effect or … well nothing.

Sorry for the bother,
Over’n out.

For the record, I think that describing CMANO as “an updated Harpoon” is similar to declaring every modern FPS as “Quake with better graphics & sound”: It’s technically correct, but essentially unfair to all the hard work behind it and the new & unique features it brings to the table

Our experience with players new to Command is that they fall very broadly into two camps: Those that are coming from other air/naval sims and are thus already familiar with the subject matter, and those that are coming completely “cold” (or their background is primarily in arcade/MMOBA-oriented titles like WoWarships etc.). The former group only has to get familiar with the UI to be up and running, while in the latter case there is also the challenge of coming to grips with the intricacies of modern warfare.
(WW2 experience helps, but cannot be exclusively relied upon. A no-kidding defence analyst explains this nicely here: Three Moves Ahead Review on Command - Matrix Games Forums and here: Three Moves Ahead Review on Command - Page 2 - Matrix Games Forums )

The “steep learning curve” argument that you will sometimes see in reference to CMANO, in most cases translates to “I am unfamiliar with how modern combat works” rather than “I’m up-to-speed on modern stuff but the UI / mechanics are puzzling me”.

With regards to the UI, have a look at Baloogan’s UI tutorials: https://www.youtube.com/playlist?list=PLgRuKky0mojZkb5tSIpJgEy0WR4rzt6tA

Let us know how we can further help you get to grips with it. Thanks!

@Dimitris Hey!
I pleasepleaseplease hope you understand it wasn’t at all my intention to show a lack of respect or anything!

I can tell that CMANO does MUCH more and MUCH better than Harpoon series could ever hope to do- mostly because both computational power and space on HDDs has increased significantly over the years.

And from the many AAR here on MUDSPIKE alone I can just begin to imagine all the effort put by developers into it! I am always left with a smile on my face be reading all the tiny facets this game offer.

The explanation you gave to Mbot about the abstraction level of Runways is perfect.

So, again, please, I wasn’t at all trying to diminish the job you guys did.

I’m jumping on those link you provided ASAP and I will report back!

Thank you again, so much, for your patience!

Komemiute, this (game? toybox? piece of software) is actually a fairly good learning tool about modern warfare stuff. It comes with a ton of pretty darn good tutorials that teach you how to do stuff and get yourself killed in a hundred of various ways. Fun!

Like some of the DCS modules for a guy like me most of its fun is in learning. I have little hope to ever get good enough at either to be truly tactical in em. YMMV.

You should just get it. There’s so much in there!

Hit the nail on the head- There’s such a vast array of things to learn, try, master and play with in CMANO across so many theatres and eras. Truly an exercise in the joy of eating a slice of humble pie and learning something you haven’t seen before!

Messing around the editor for lack of better things to do. I’ve finally discovered the secret to cracking the CHICOMM fleet’s wall of Grumble/Grizzly/Crotale. 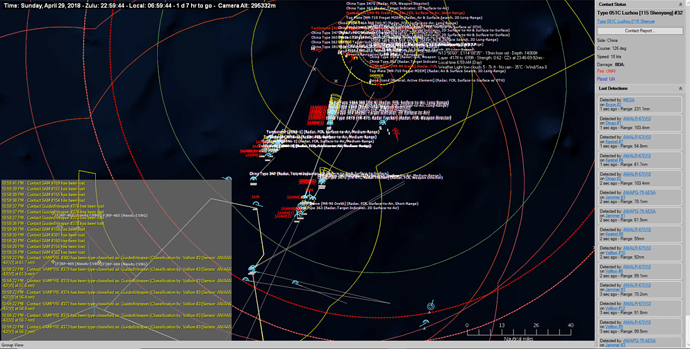 I have been playing around with the other side recently, cracking US carrier battle groups with Backfire mass attacks. But even pre-AEGIS/NTU, ships usually start to take hits only once their SAM magazines have been emptied. The problem is that missiles (from AI missions) mostly arrive in small salvos piecemeal, never truly overwhelming the defenses.

A TOT functionality for Command would be highly appreciated, especially for the AI side. The Soviets apparently trained for multi-regiment missile salvos within a time slot of one minute for best results and no more than two minutes for satisfactory ones. If the timing became wider in an exercise, the entire main attack was considered unsuccessful.

Here is a new mini-DLC that looks interesting. Any scenario with F-35s is eye-opening and the British Type 45 Destroyers just look cool. I also noticed this on my Steam store page:

It seems like it should be more though. My favorite way to play is to leave it running at real time in the background while I do other things, then come storming back to the computer when I hear an audio alert. It is like my own little CAOC here sometimes.

Messing around the editor for lack of better things to do. I’ve finally discovered the secret to cracking the CHICOMM fleet’s wall of Grumble/Grizzly/Crotale.

…and just how many HARM do we have in the US inventory (USAF and USN)?

…and how do we think the PRC will react when weapons hit Chinese sovereign soil?

I realize its a game…let’s just say that they were things I used to ponder.