So we were talking in chat and @AeroMechanical was asking how bad the complexity curve is in CMANO. My contention is that the curve is only as bad as you choose to make it. One of my pet peeves is that every time someone screenshots CMANO they invariably feel they have to show a ridiculous amount of things going on in the screen. I actually think CMANO is more fun in the smaller engagements, where you can plan your moves and explore a platforms capabilities.

Here is a case in point. This is my F23 Duke class frigate H.M.S Kent. We are currently stalking an LCS 2 Independence class combat ship foolishly sold to the Argentine’s by the Americans. We are off the far southern tip of South America and the weather is bad, but normal for this part of the world. 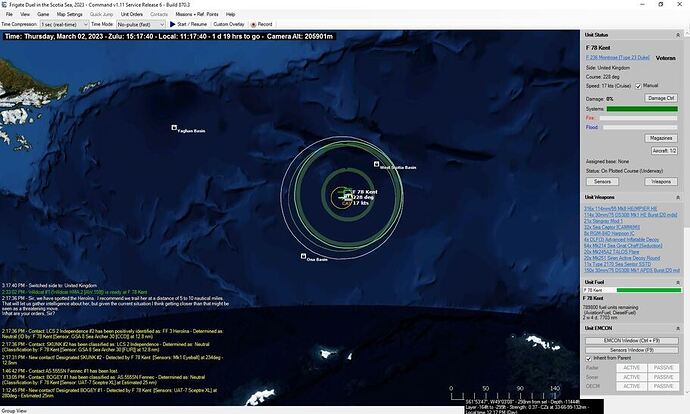 My orders are to patrol the area marked by the mark points, find the Argentine vessel, and shadow it at a distance of 10 NM to ascertain its capabilities. 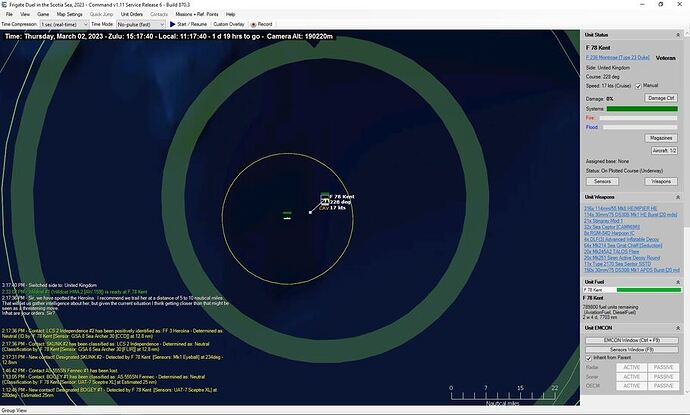 They know we are here, but our RGM-84D Harpoons out range them by a significant margin. The Admiralty has nullified our advantage somewhat by ordering us in close, but from what we know, they can only reach out to 5 NM so we should be fine. 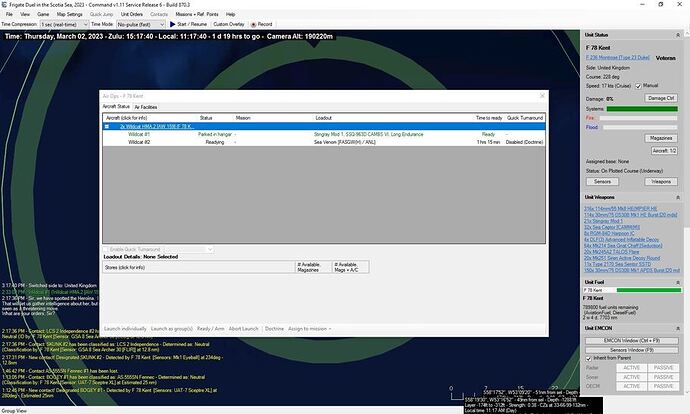 I’ve also got two Wildcats if I need them. I ordered the first loaded for ASW and the second is still being prepped for an additional ASuW capability if the Argentines get spooked. I’ll be launching the ASW bird soon since my biggest concern is any underwater friends he may have with him… 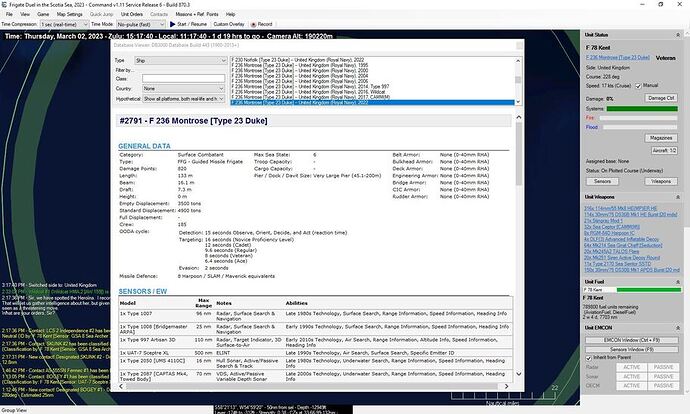 A quick look at the data sheet for our stalwart Kent. 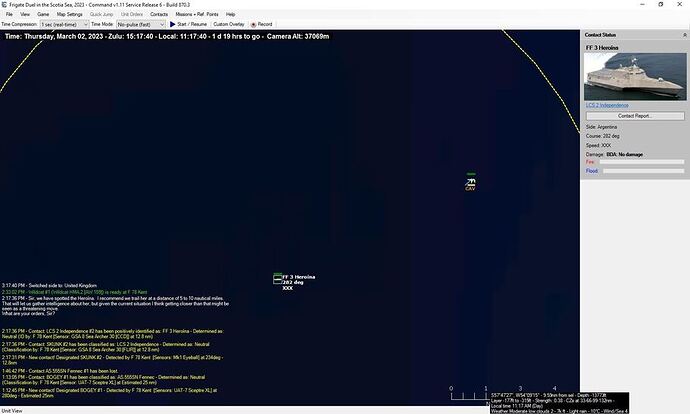 And what we know of our friends. My EMCON people have positively identified her as Heroina. I’ll see about working us in a little closer while being ready to unmask our midships Mark 141 launchers if things get hot. 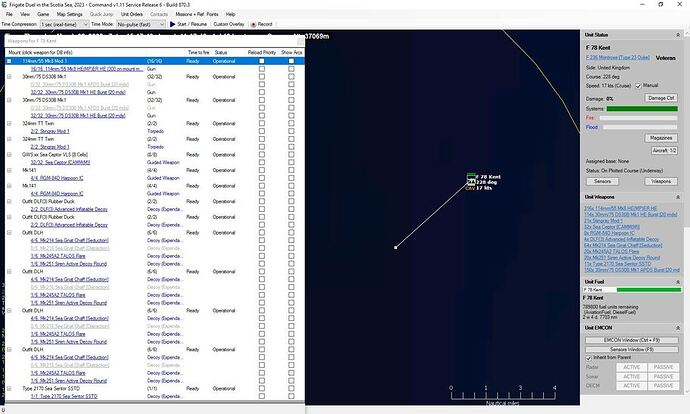 As you can see one doesn’t need to make the game all busy and difficult. I have many of the range circles turned off and the OOB is very manageable yet still an interesting setup. It’s fun to learn what the Duke class is capable of while it is performing it’s sea control mission.

I would heartily recommend it while it is on sale, even if I agree with @Near_Blind the interface isn’t…well it’s not the best.

Edit 2: The scenario is called Frigate Duel in the Scotia Sea, 2023 and is available in the community scenario pack which is free and updated quarterly.

Can’t blow those images up ony phone without downloading but I’ll check it at the computer later.

For the benefit of everyone, CMANO is currently on sale on Steam for quite a deal ($28 USD)

Thanks for the AAR Tanker! I think my only gripe with the game at this point is I just realized it’s single player only.

This is the AAR that convinced me to pick up CMANO. It falls comfortably under Tanker’s “Ridiculous amount of things” category, but I found it intriguing and entertaining.