So, today I ran this old gem on my phone, on ScummVM.

And I wondered just how much faster my phone is, compared to the speed of the PC I played this game on, in… 1990 I guess.

And WTF. I knew today’s stuff is a lot faster, but seeing the numbers is insane. It doesn’t feel right, like, if someone just was off by an order of magnitude or two. It is just unreal.

My PC back then was an 80286 with a stunning 12 MHz and a MIPS claim of… two point six. 2.6 MIPS.
I can’t say a FLOPS number since it couldn’t do floating point operations at all. Damn. I don’t know enough about theoretical computer science to make an approximation if one would just use big numbers and shift them around.
So, I went and looked at the weakest comparable processor I could find that could do floating point operations, a (much faster) 80486/25. That one is at least four times as fast (in fact its MIPS claim is a stunning fifteen (15), so that’s six times faster) Its MFLOPS number is… wait for it… One. Literally. 1. Uno. That’s it. Cool. So let’s take this.

Edit: corrected some numbers.
Now, my Samsung Galaxy S9 has an Adreno 630 GPU (710 MHz)
Conservatively speaking the CPU alone should have a raw computing power of… somewhere between 200 and 300. GFLOPS. No, not MFLOPS. GFLOPS. With G.

The GPU/CPU (integrated) comes in at (conservatively computed according to my source) at least 720 GFLOPS.

So even if they don’t work perfectly together that puts my phone at something like 700 GFLOPS of raw computing power.

At which point did we enter the future? This is clearly the future.

(And please check my math, I did this mainly in my head so I might be horribly wrong)

Have a good day, all you people of the future!

Yeah, it is ridiculous.
I just added in a small paragraph about a modern GPU. It blows the mind. Hard.

I am tempted to post a meme of John McEnroe yelling “You cannot be serious!”.

I think there is an important lesson here in making do with what you have - or in our current state, not making use of it. Just because we have all this computing power doesn’t mean a program shouldn’t be designed to use as little as possible.

Your old programs will never suffer from too much CPU power!

But yeah. Running some basic GUI like on Android would already kill any PC from ten years ago. It is ridiculous. 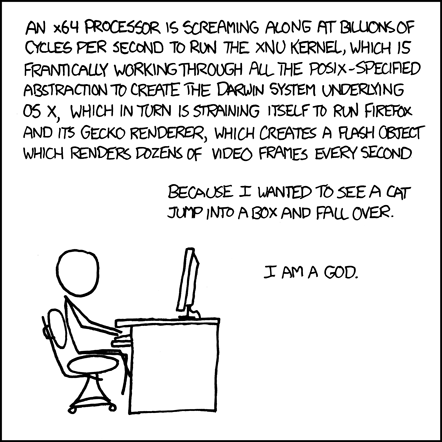 Stunning.
Your mention of top 500 supercomputers brought me to this page, and then I went and looked up what the best supercomputer in the world was when I was born. It was literally 100 times worse than an RTX2080Ti. I tend to think I am ‘not old’, bu these things give me a taste of what you older guys who played the first flight sims must feel like. Where did the years go?

The TOP500 project ranks and details the 500 most powerful non-distributed computer systems in the world. The project was started in 1993 and publishes an updated list of the supercomputers twice a year. The first of these updates always coincides with the International Supercomputing Conference in June, and the second is presented at the ACM/IEEE Supercomputing Conference in November. The project aims to provide a reliable basis for tracking and detecting trends in high-performance computing a...

Mine is this one. 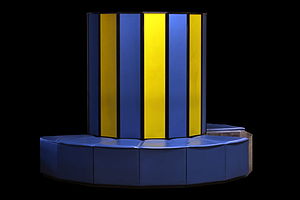 The Cray X-MP was a supercomputer designed, built and sold by Cray Research. It was announced in 1982 as the "cleaned up" successor to the 1975 Cray-1, and was the world's fastest computer from 1983 to 1985 with a quad-processor system performance of 800 MFLOPS. The principal designer was Steve Chen. The X-MP's main improvement over the Cray-1 was that it was a shared-memory parallel vector processor, the first such computer from Cray Research. It housed up to four CPUs in a mainframe that was n...

It is almost exactly 1000 times slower than my phone, LOL.

Cray -1 for me. I can’t find testing data for the Pixel XL so no clue what the order of magnitude would be.

Early on in my career I wanted to work for SSI, the company Steve Chen formed after he left Cray. I was working at a company that made super mini-computers and was fascinated by the technology.
When I told my wife this she asked where it was. I said, Eau Claire, Wisconsin to which she said, “Cya…”
We stayed in south Florida for a while

I found a benchmark, it puts the Pixel XL into a similar range as the Samsung S9.
Edit: found conflicting numbers for both the Snapdragon 821 (pixel) and the Snapdragon 845 (s9), but both are above 600 GFLOPS and below 800 GFLOPS.

Edit: it also seems like I have misread some numbers I used for my original post. The true numbers for my phone are probably a bit lower, more like 700 GFLOPS instead of 900, but still impressive.

Edit: and of course this is still ongoing.
There are already mobile phone processors in the works that easily exceed 1 TFLOPS.

Then I tried to figure out which PC of mine was the last one that gets beaten by my current phone.
It looks like a decent PC from 2010 (especially with a then current gaming GPU, as GPUs are much better in FLOPS) can beat my phone, but back then I still had my GeForce 9800 GT and that one loses.
So for me the answer is: the one from 2008 that I had until I bought a new one in 2013 (I didn’t play a lot of games that needed a fast PC during that time).

Unfortunately Moore’s law is starting to fail, at least for single cores. We don’t see these massive performance gains any more like we used to.

At which point did we enter the future?

My first computer, circa 1986. A Heathkit - with the Gunship keyboard overlay and a Falcon F-16 manual on the side - 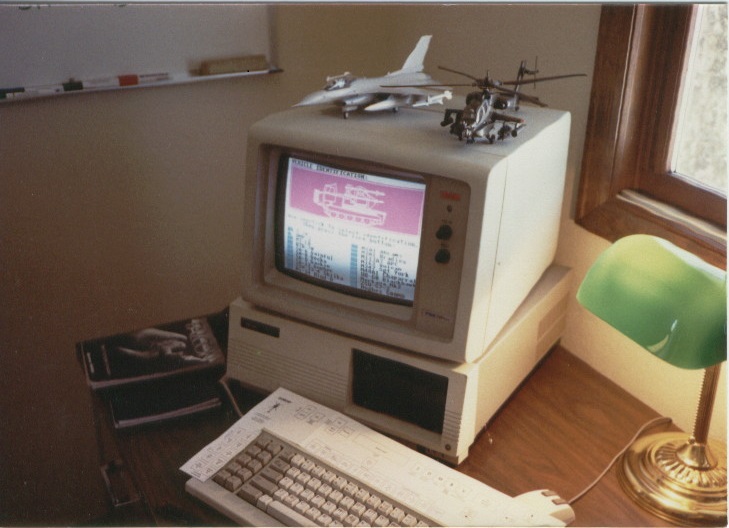 Hey @Dark_Star - that is our desk!