So the EU have just voted in a potentially paradigm changing directive on digital copyright, and it’s causing quite a stir. The underlying intentions are undoubtedly noble, but whether the effects will be good is uncertain. The BBC are being cool about it, others are calling it the ‘end of the internet’ or a ‘great thing for creators and artists’. Anyone in the know have any other opinions?

The Copyright Directive was backed by 348 MEPs, with 278 against.

US Copyright Law allows for something called “Fair Use” - the limited use of portions of Copyrighted material under certain circumstances, without the copyright holder’s permission. For example, If I post a YouTube video with a couple of minutes from a copyrighted movie–perhaps Maverick saying, “I feel the need for speed”–it would likely be allowed as long as I was not making any money on it.

Setting an entire YouTube video to an entire song is more problematic and probably a non-starter…definitely a nonstarter if you are charging to see it. But doing a free DCS video set to a couple of minutes of a Beethoven symphony? Probably OK.

Why does Hangar200 know anything about this? As a certified US Navy Master Training Specialist it, I had to learn all about copyright law as it pertains to Fair Use in an education and/or training situation.

The also applies to written material - can include an excerpt from an article. To make copies of the entire article requires permission (and usually payment). (Being an educational institution (NMITC) helped in that some copyright holders were more willing to give us free permission.)

What does this mean for Mudspike, DCS movies and the like? Probably not much unless one includes copyrighted material in a video on their Youtube site. The way I read the description of article 13, providing a link to a potentially copyrighted video isn’t necessarily prohibited as long as you are not the posting site…but I could be wrong about that.

What does it mean for those of us on this side of the pond? I don’t know but I am going to watch all the Black Adder videos I can before they are banned!

I think Black Adder is ‘leaving/not leaving/quantum state leaving’ (delete as applicable) the EU, so you might be ok on that front as well.

I am leaning toward “very bad”.
I am very disappointed that thebpsrliament decided in favor of it in its current form.

Wouldn’t be shocked to see it get changed or ‘evolved’. A lot of very big companies with some big lobbyists are not keen on the whole ‘what about the little artist!’ angle.

Plus, when you have both the EFF.org and Facebook/Youtube hating the same thing, it’s likely to evolve.

EU’s Parliament Signs Off on Disastrous Internet Law: What Happens Next?

In a stunning rejection of the will of five million online petitioners, and over 100,000 protestors this weekend, the European Parliament has abandoned common-sense and the advice of academics, technologists, and UN human rights experts, and approved...

So what about article 11 - does that mean that say Google, would have to pay to list new websites articles in search results? If that’s the case, then I am sure said news companies would love google saying “we’re not paying to list you, google bot won’t crawl your site anymore” and watching their page view and advertising revenues crash.

But I think I am misinterpreting that.

Wouldn’t be shocked to see it get changed or ‘evolved’.

Yeah this here.
And beside that- as I have heard many times before- “The road to hell is paved with good intentions”…

implying that the internet was ever great 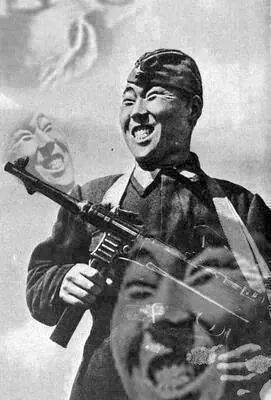