Now that I finally have a HOTAS and the Tobii is working, DCS is a totally different animal. Much more enjoyable and immersive. I did a group flight with about a dozen folks going after the Kutzenov and it was a ton of fun. First in the F-15C and then in a MIG-29.

Folks told me just to use F10, but is there a way to set my own waypoints and use that method?

I’ve noticed in training that sometimes contacts come in loud and clear on the radar and I can lock them up. Other times I see a bomber, can get a visual on the contrail, and the radar screen is clear.

Maybe this is just a challenge to get used to, but when moving about, the adrenaline flowing, missiles coming in, how does one retain some spatial sense of where they are? (See #1)

I’d like some continuity and also a set of tasks that is progressively more difficult. A good deal of content seems to assume a higher level of familiarity than I have.

Howdy, cheers on rediscovering DCS. Let’s take a stab at your Q’s then.

I exercise basic fighter manouvering almost daily. Just a quick 1v1, 2v2 fight either on heaters/guns or guns-only. Been doing that for years. And I am still only mediocre at best when it comes to situational awareness and BFM.

Also, as an additional point, it seems like the navigation system in the MiG-29 is currently broken, so in the meantime, for that one it is in fact easier to use the F10 map.

I would like to reiterate everything said previously about practice and TacView. The way you get better is through repetition, but you want to make sure you’re practicing the right things (hence TacView). Practice doesn’t make perfect; perfect practice makes perfect!

What I say next may seem counterintuitive, but instead of FC3 birds I recommend the Mirage 2000C as a starter module. It is fly-by-wire (forgiving and good for learning the basics without chasing the instruments), has a great autopilot system, and while it’s a full-click cockpit the systems are simple enough and most switches can be “set and forget.” The INS also does allow you to input waypoints on your own, unlike the FC3 birds.

In addition, the campaign that ships with the Mirage is outstanding. It is both a training campaign and a campaign that keeps you on your toes to force good airmanship.

I had my eyes on the Viggen next but I’ll look at Mirage instead.

All in all it’s cool to have a game with meat and complexity to it, lots to work on.

In addition, the campaign that ships with the Mirage is outstanding. It is both a training campaign and a campaign that keeps you on your toes to force good airmanship.

I heartily second this recommendation. It is excellent indeed. Mirage is far easier to get into and do cool things with than Viggen. It’s also really pretty!

And makes the biggest, coolest “BOOM!” when the reheat kicks in. (Not heard from inside the pit unfortunately.)

Oh la baguette is a rocket ship. Tons of power. If only it carried more sticks. It would be perfect.

The Viggen is a fast strike/anti-ship aircraft, not a dogfighter. If low level, high speed, pump n’ dump is your game, then it’s a fun aircraft. If it isn’t, then other options are better suited. Keep in mind that the Mirage is technically an interceptor, and while I find it an excellent dogfighter, it can’t match the overall capability of the F/A-18 in that region. It also has a picky INS that takes 8 minutes to align from a cold start as well as a French cockpit that can be jarring to get into. It goes fast and does that well; as soon as things start getting slow, it has problems – especially in landing!

But to help with that la baguette has the most exquisitely designed landing HUD in all of DCS.

But to help with that la baguette has the most exquisitely designed landing HUD in all of DCS.

Naw man. You can fix that. Aint harder than trying to put a hog down in fog. 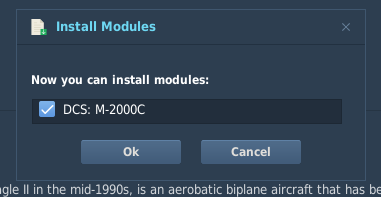 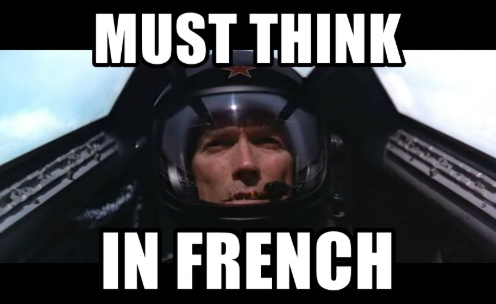 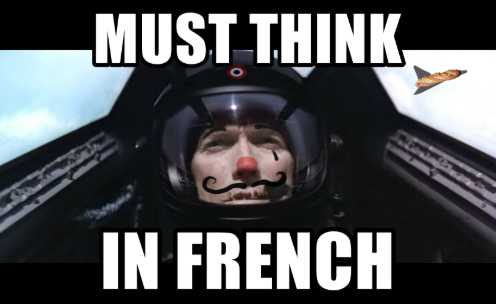 I just flew the 2nd NTTR training mission for the baguette (I’m gearing up to do the red flag mirage campaign) where you get to fiddle with the INS some more. You can input waypoints and glideslope/runway headings in it. So yeah, diverts should not be a problem, @Franze!

That engine… And FBW, hooning around in that thing is so easy and hoony

I just flew in at 150 feet and mach 1.2 at Creech. Pulled it vertical right over the runway. Went up to 20k feet and chopped the throttle. spiraled down at 15 units of AoA keeping it at 170knots or so. Split-S’ed from 7500 feet, added a little power to lessen the AoA and just carefully kissed the tarmac at 150 knots and about 8 units of AoA which is just how it likes it.

So the Mirage is pretty awesome! I’ve got a few flights under my belt but I’ve spent most of the time setting up my keybinds. It’s so much smoother than the F-15C.