The L-39 probably didn’t like, that you have painted her in Iranian colors.

No really, I had no fun either when I had to reset my whole system. Luckily I was able to create a backup of all the important things, including the skins.

Next step I would take is to ask for help on ED’s forum.

I got it working!

-Rubs his head against the seat, starts purring- 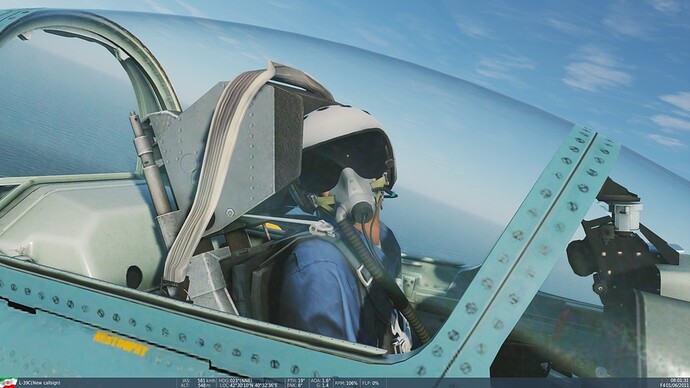 I told you guys it couldn’t have been my skin. Pfff, so silly. As if a skin could brake a module.

/jk
Thanks for the support

How did you fix it?

It wasn’t the skin that broke it, it was the sanctions…

Messing around some with the MiG-29 in Iranian garb. She’s definitely a little bit easier to tame, especially now that I don’t have any overlapping axis assignments… 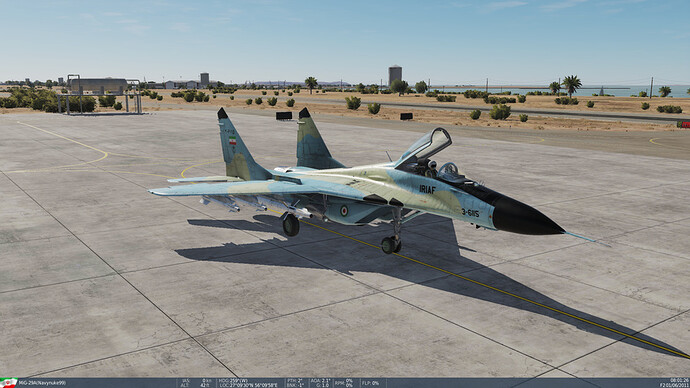 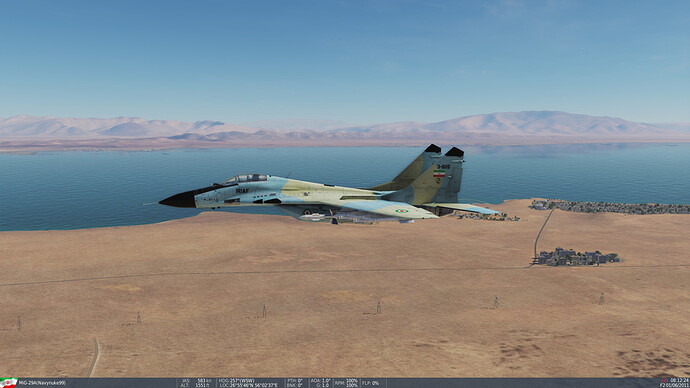 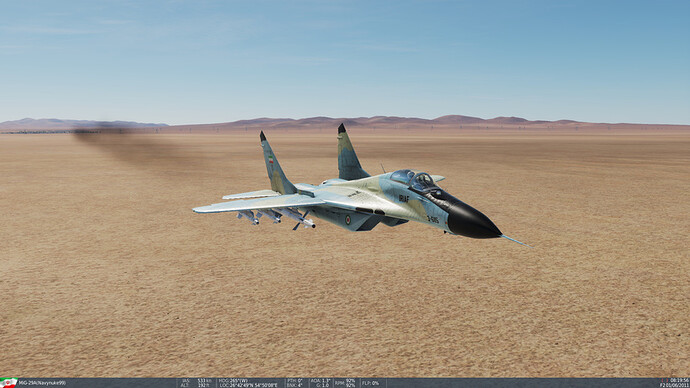 I guess I’ll never know exactly. Since the cleanup/reinstall didn’t do anything I started removing stuff from the saved game folder. I also had a weird loadout named “oh” with an alq131, a maverick and a Mk82

I deleted it and now it works 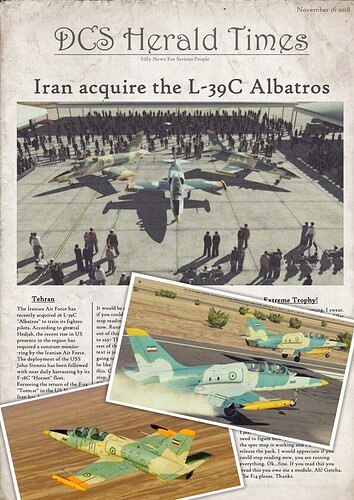 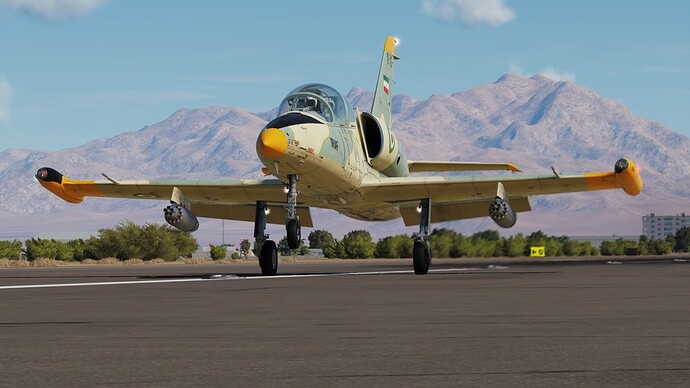 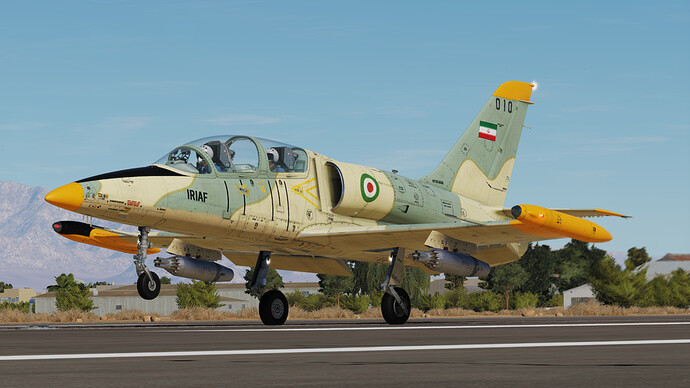 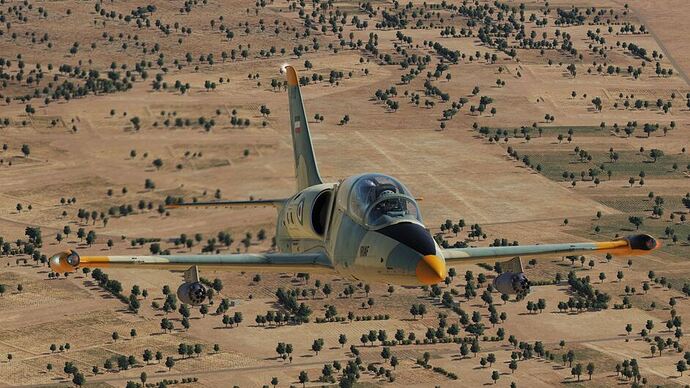 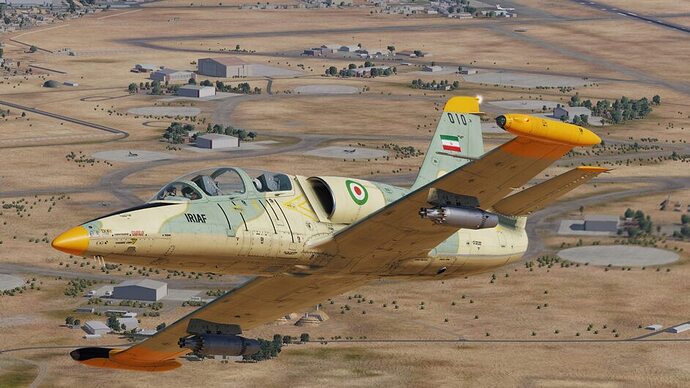 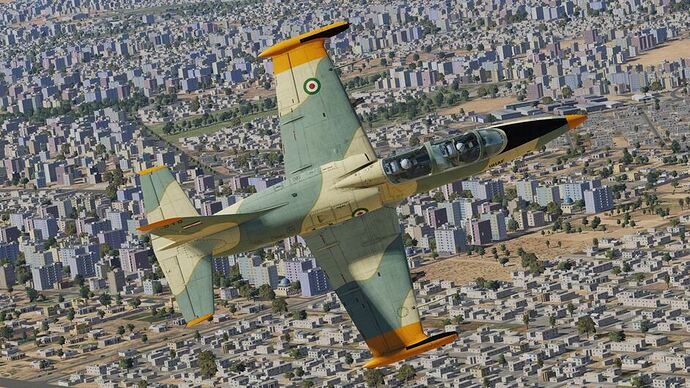 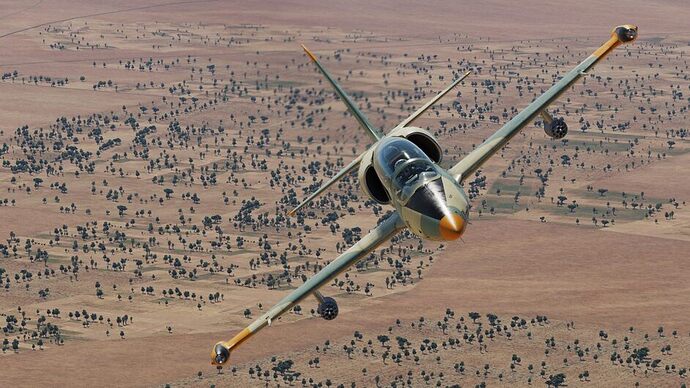 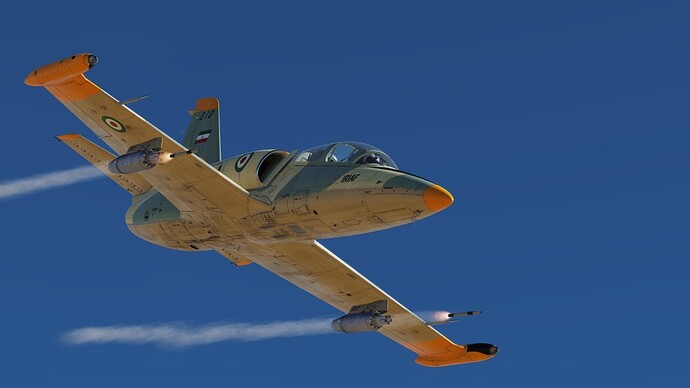 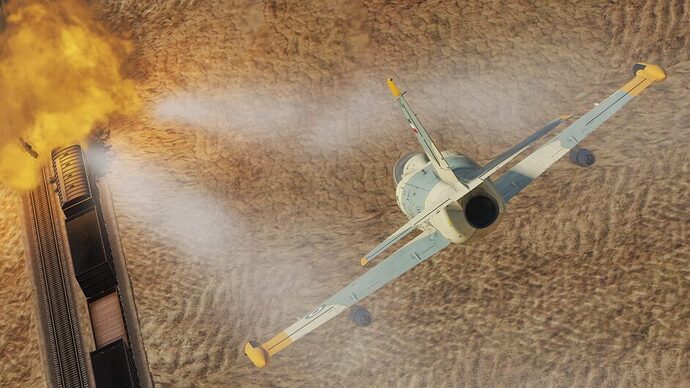 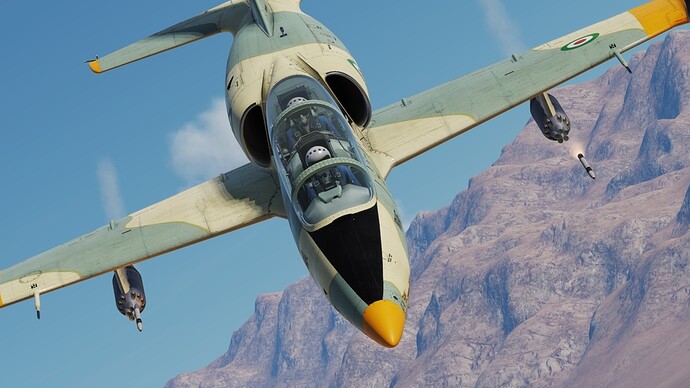 The skin is well done!

Sometimes, I don’t like fictional skins of countries that never flew that aircraft, but this is looking excellent to me. I think a Chinese Albatros would fit on it too.

I’m not a great fan of fictional skins either but I guess it depends how far fetched it is.
I really like that little jet and an Iranian L-39 seemed plausible.

What would a Chinese L-39 looks like in your mind?

Small formation flight over the strait 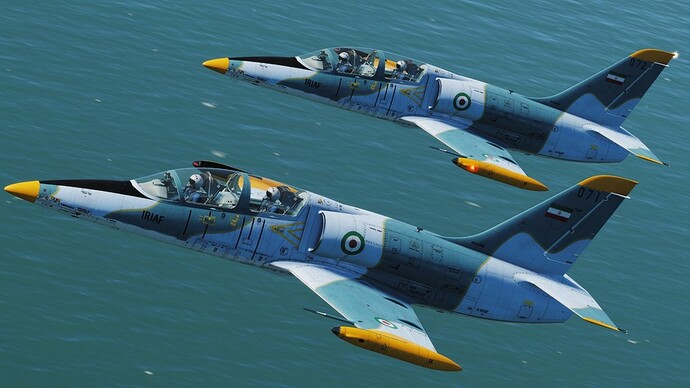 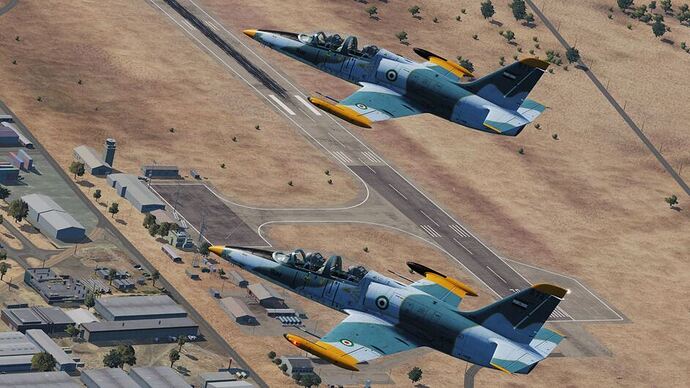 I was thinking about something completely dark/black like the MiG-28, or a camo in gray as seen on Chinese J-11’s.

This is how some of my PLAAF MiG-29’s look like.

Standard (based on Romanian MiG’s) 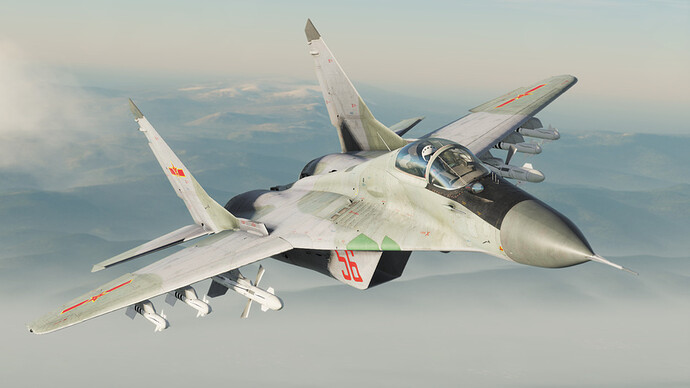 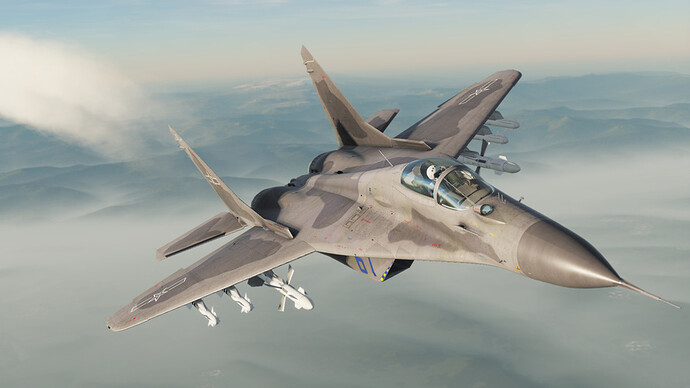 Getting reacquainted with Madamoiselle la Mirage, in preparation for the fly-in in a couple of weekends. It’s been a little while. And of course, why not fly her over NTTR, because Vegas.

“We were somewhere around Barstow, on the edge of the desert, when the drugs began to take hold.” 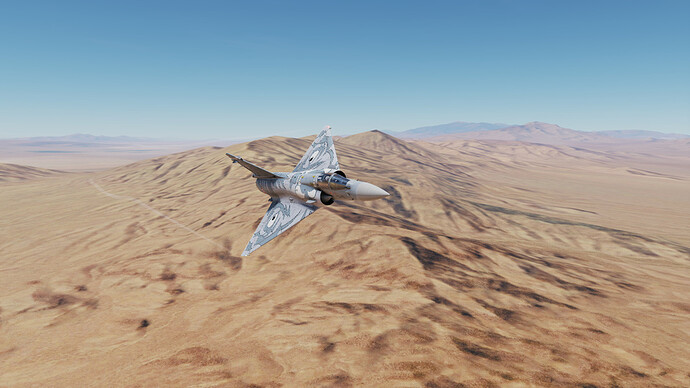 “We can’t stop here! This is bat country!” 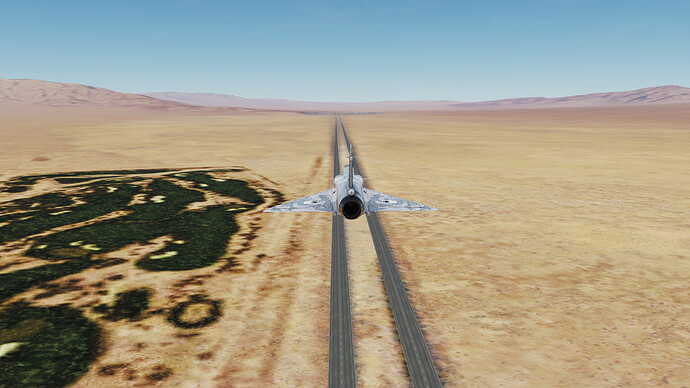 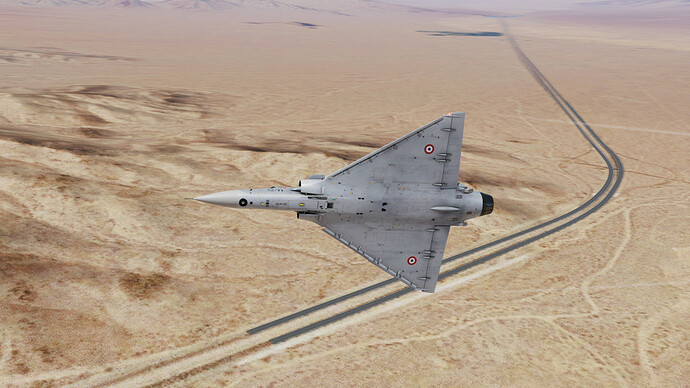 Anybody who’s made the drive out to Vegas on the 15 should know where I am here. 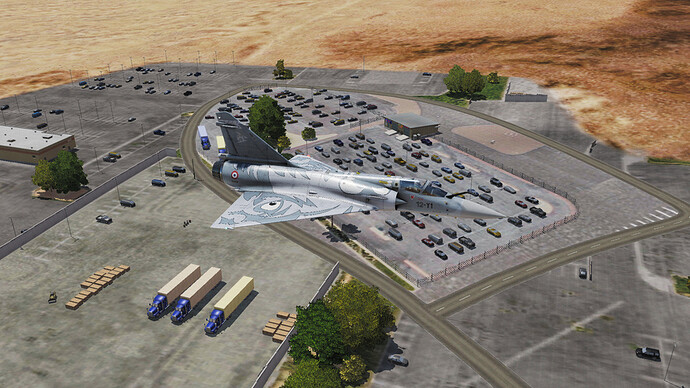 “Hello. How 'bout that ride in? I guess that’s why they call it Sin City.” 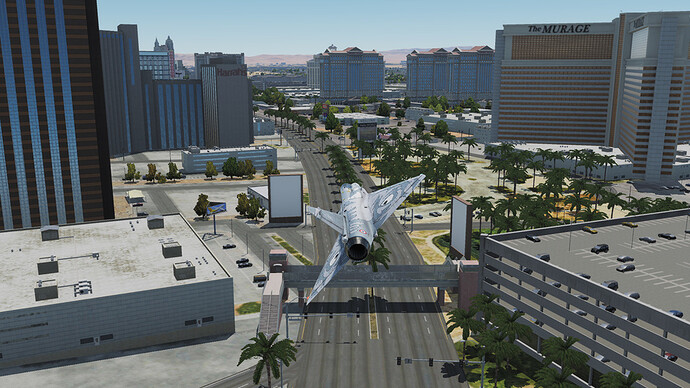 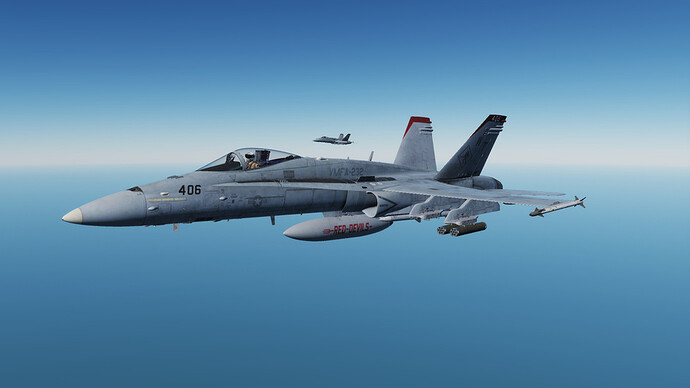 That skin and those quotes, it just fits

Yesterday, a very kind hoggiter who had been particulary amused with my fake newspaper for the IRIAF L-39 skin decided to gift me the F-14

After profusely thanking him for his gift I assured him his name would be on the first skin I would make for the Tomcat. He then said he would gladly see a Razgriz skin from Ace Combat 5.
I must admit my first thought was “crap, not an Ace Combat skin” (because this how they looked last time I played AC).
Turns out the Razgriz skin is pretty badass actually: 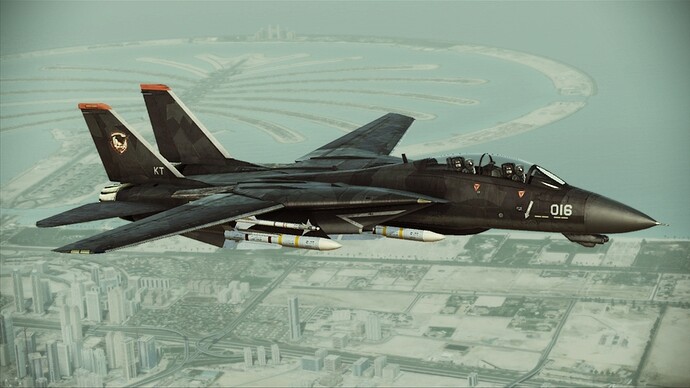 So this morning I decided to give it a quick shot on the L-39: 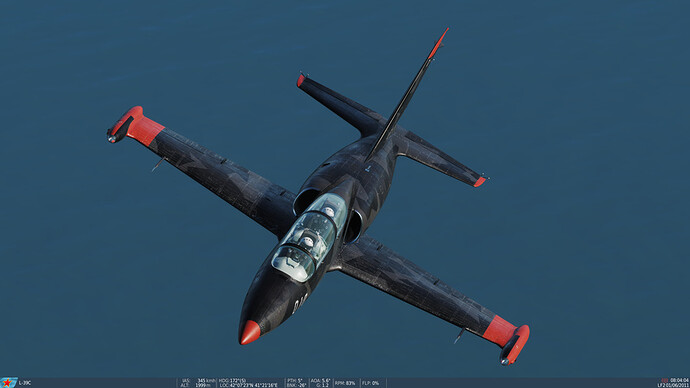 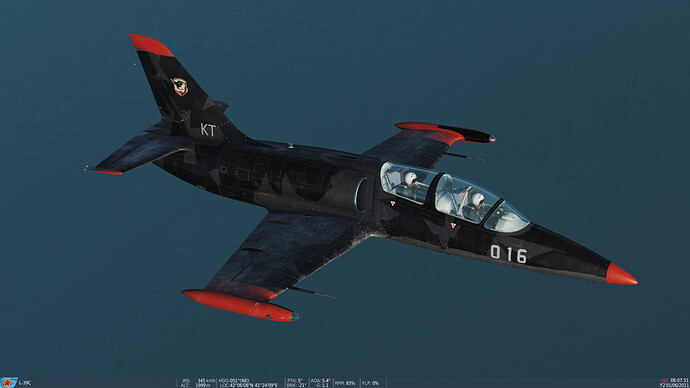 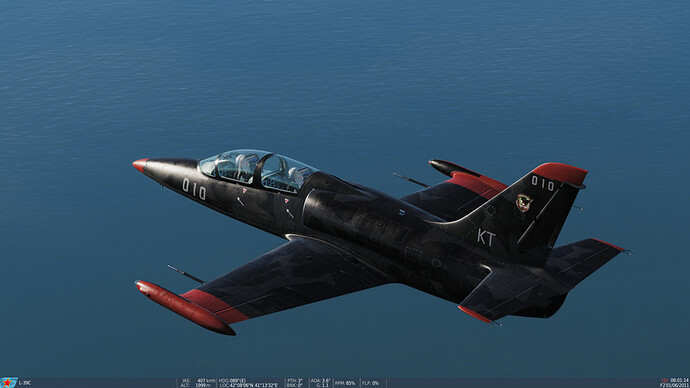 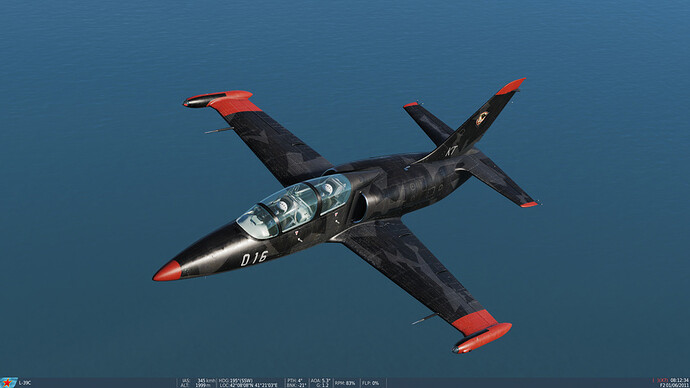 Still awesome and it looks great on the L-39

Reminds me of a dark grey on black Viggen camo.
Now a Viggen would look badass in that livery. Just sayin’.

Great idea, I’ll give it a shot