Something like 98% of data for buildings in the world does not exist therefore the AI creates the exact outline and location of each building but has to use information on local architecture where it cannot see sides for example.

Terms such as generic and autogen make out they are just using techniques used in the past - which they are not.

The AI also creates roads and vegetation from the Bing Maps data according to them which is then delivered via Azure which is required considering the data size involved.

I think the combined technology MS & Asobo with BlackShark AI has is FAR from something ED will ever be able to deliver. MS has the bing global satellite data, ED has nothing and would have to purchase it? Also keep in mind that the terrain has to be interactive: be able to destroy buildings, collision model, roads that actually work… things like that. Also, if I consider the pace ED delivers stuff and at what quality… I don’t see it happen. I feel this whole idea for ED is just taking resources from their already gigantic pile of features/functions they need to deliver for the existing modules, not even want to think about the future stuff they have planned. (plus the 3000+ bugs they were tracking…)

On top finishing their existing EA modules, they have a massive technical debt due to pumping out modules instead of focusing on their core game like they should have many many years ago.

I don’t want to sound pessimistic but my personal opinion is that ED should focus on what they do now, and do that good (deliver Vulcan support, fix the myriads of AI issues, get the new ATC out of the shed, deliver on the dynamic campaign promises and bring the whole sim in to 2022). Once that is done, I think some far out dreams about a world map can be looked in to, and then dropped

But seriously, I work 15 hours a day 5 or 6 days a week. How many times am I realistically gonna be able to do that.

Well, with those ferry flights you could just engage autopilot and go to work.

I am not very impressed by the photogrammetry in MSFS (OK, NY looks decent but London or Paris feel apocalyptic) though I am impressed by the quality of the globally streamed bing orthoimagery and the tech built around it.

I don’t think photogrammetry works that well for combat sims that need destruction, or even helicopter down low flying. Photogrammetry has a sweet spot of about 2000 ft and up, and any lower and it just looks weird. I think it’s a sort of hierarchy of landscape tech dependent on height:

It’s why there’s about 5,000 custom built airports available to download/buy for MSFS already, as you can’t really automate the detail you need when in the weeds or on the ground. They need to be hand built.

my personal opinion is that ED should focus on what they do now, and do that good (deliver Vulcan support, fix the myriads of AI issues, get the new ATC out of the shed, deliver on the dynamic campaign promises and bring the whole sim in to 2022).

Sounds good to me.

What could happen however, is that maybe we will have the world modeled in automatic fashion and some select theaters of operation modeled in detail (as they are now). That would solve a myriad issues like integrating operations in the middle east across different theaters (Syria, Afghanistan and The straight of Hormuz). That could also serve as a base layer for 3rd parties and modders alike. Even if the underlying world is FSX quality, with the correct weather system it could serve well, just like some of our map edges that have very little detail. (Turkey edge of Caucasus or north NTTR, for instance).

I can even see a gradual release of this tech. First, integrating Caucasus, Syria, Hormuz and Afghanistan, and then moving to a full planet. Either way, it’s something for the long run, and they probably are not into allocating resources to this idea yet.

One of my more embarrassing walk-backs on this forum is my aversion to orthophoto usage in X-Plane. For the very reasons stated above—it looks ridiculous (so I claimed) down low where I get most of my joy. I was wrong—mostly. Orthos look amazing in nature where they expose the spiderwebs of streams and creeks with their submerged but visible sandbars; real cliff-faces painted onto the actual surface with matching mesh cracks, crags and caves. It’s incredible! But it shows it’s flaws pretty quickly over populated areas where painted features conflict with the 3D autogen elements. Add to that seasons. So I think ortho is essential to civilian sims. But I agree with others that it is probably unworkable in DCS. I even find the “ortho-lite” that we see in the Caucuses to be a little off-putting.

There is no real truthfully one realistic way to portray the world. Even in films we will see different approaches in lighting, cinematography, contrast, that determines a certain look and feel. Art direction is an important part of any game or sim. So it is sometimes not just a question of putting photos baked in the ground textures and calling it a day. For DCS we have it’s lighting engine. We have the plane textures and materials, we have ground targets all over the world. How does the 3D ground units look like over those photos? Are they easy to spot in a way that translates to real world scenarios (no need to use realistic here, since looking at a monitor or VR is already so much different)? How much color are we going to have? The DCS scenery must be compatible with the way the engine renders light and 3D objects (buildings, planes, etc). When we look at MSFS, even the planes are rendered in a way that ties them together with the ortho. But as one video I once posted about some guy walking around down low in MSFS, it’s not real. It’s just an illusion built for us to feel it’s super real from above and it works great.

Now when we look at the Sochi F-18 landing comparisson, we can see that MSFS does make populated areas look much more real, while in the Marianas, a hand made map, even in a different aesthetic can look better than autogen. Now the question is, what if I want to put AAA and other units in that MSFS sochi? how would it play? Would they just stand out like plastic soldiers? Would they be somewhat easy to spot?

So for me, whole world integration in DCS should be more focused on giving us more gameplay such as the ability to do larger scale operations and logistics or to integrate different theaters, than aesthetics and exploration.

Sure, as DCS evolves we do expect it to look better and better (Flying the MSFS Hornet over Las Vegas and NTTR in MSFS looks so much better than using DCS’s old NTTR map). And hopefully, by the time we actually get to something like full world we should be getting a look that feels more real without sacrificing all the mechanics. But still I don’t think when they talk about whole world integration they are talking about just doing what MSFS does.

DCS should be more focused on giving us more gameplay such as the ability to do larger scale operations and logistics or to integrate different theaters, than aesthetics and exploration.

(Flying the MSFS Hornet over Las Vegas and NTTR in MSFS looks so much better than using DCS’s old NTTR map).

Agree, at altitude anyway. I did just that (flew around the NTTR area in FS2020) a couple of weeks ago, just before uninstalling it. It looked prettier, except down low, but then I was like, what’s next? Aviate, navigate, communicate? I can do that in DCS (the 3rd one not so much - that’s why I wrote my own solution) with tactical ops.

The two overlap in the obvious ways. DCS drives me crazy but I’m just glad I have a chance to play in tactical situations. I do enjoy exploration and FS2020 and XP lean more towards that I suppose (I can do that in Google Earth too, without the systems management).

In ED’s defense: they have a more complicated task than just pushing pixels - that interaction you spoke of.

Glad I have a chance to indulge myself with both as the market for dazzling graphics and simple game-play is far larger than for these complex system manipulation ones. Chess vs Checkers perhaps? Both are played on the same board but different games.

This discussion has made me pay a little more attention to what I am seeing at the surface. ED and scenery venders actually work quite hard at seamlessly (mostly) combining orthophotos, tiles made from orthophotos and objects. They could easily do the entire world but only small regions would get the handplaced treatment we see now. They could restrict tactical objects to the hand-drawn regions but allow flyover of the other portions of the planet. As a player I cannot imagine wanting to do this but then we all have different needs from the sim.

I honestly think MSFS overdid it with the color removal and tonal adjustments in some areas.

Some good info in here: 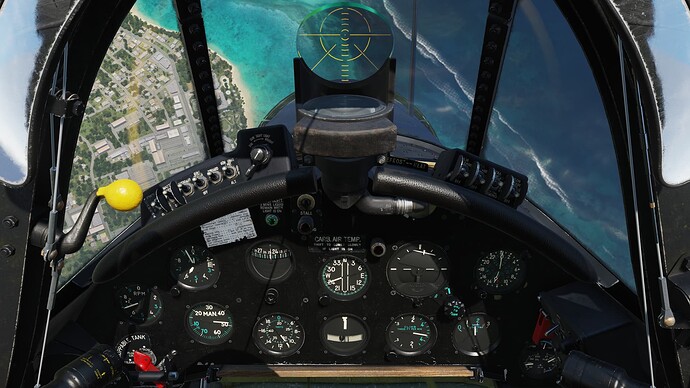 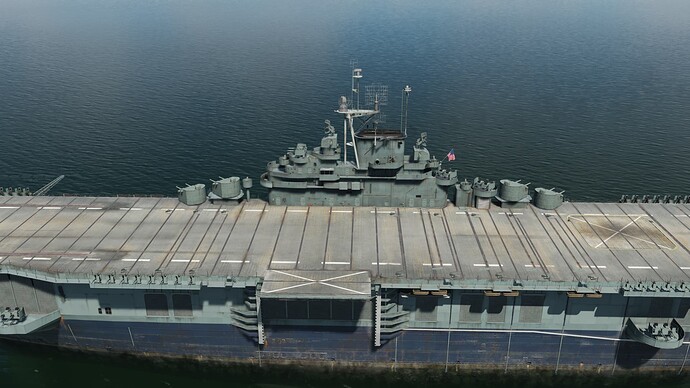 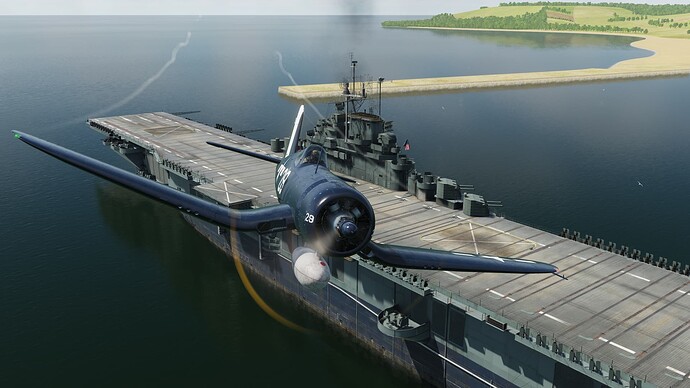 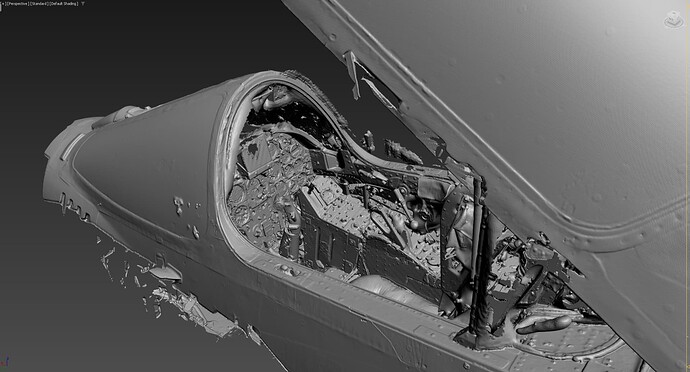 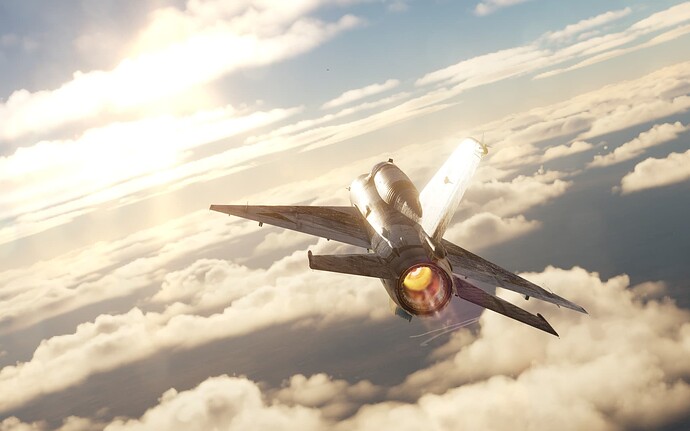 It’s awesome to see this update from Mag 3, though my pedantic ass wants to point out that the F-8 they scanned was an F-8E.

At least, that’s what a search of BuNo. 150297 returns. I take it they just need something to base the cockpit on.

EDIT: I am a dingus, the J is just an upgrade of the E. I knew this.

The Retextured Cockpit does look Stellar!!! 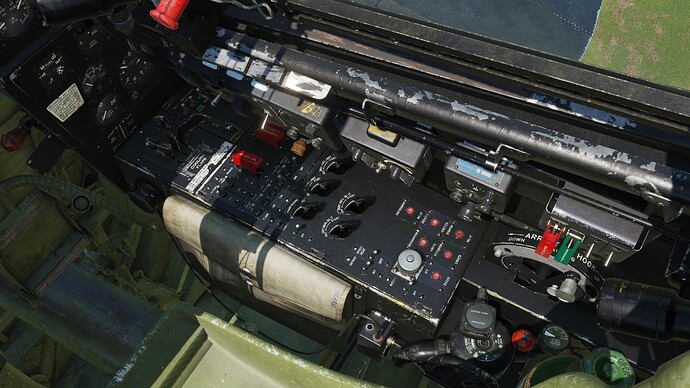 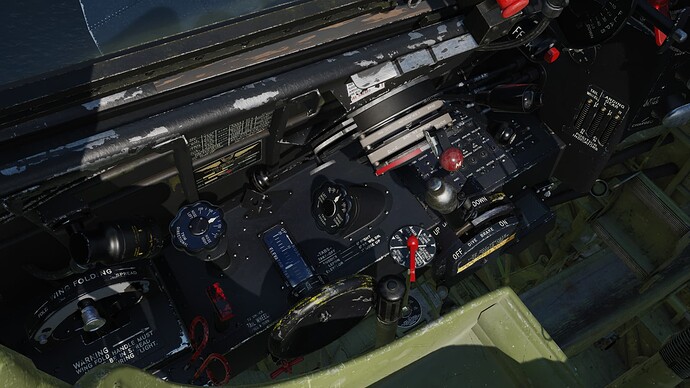 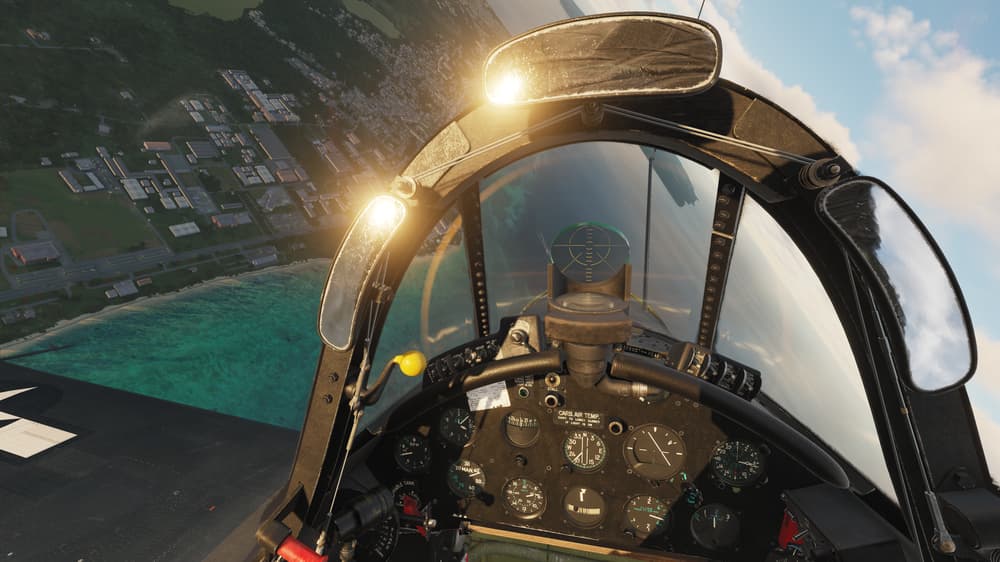 Could it be? In a short time (ED/DCS world clock) we might have Phantoms, Crusaders, Skyhawks, and Intruders, with Mig21/19’s to thwart our advances?. Could it be? We could put a good, historically accurate-ish, hurting on…err…Guam I guess.

Given the A-6 we’ve seen modeled, we’d be looking at a Desert Storm kind of timeframe or shortly thereafter. The A-6 we’ve seen is a SWIP bird and I have a feeling those Intruder jocks from the 60s would have loved a SWIP variant. Especially those poor sods that had to deal with DIANE.

Still, I’m not one to judge those who want to hurtle at such superior odds in a MiG-21 or even 19. After all, it is to better to die good than live weak! Do not, my friends, become addicted to PGMs. They will take hold of you and you will forever resent their absence. Embrace the MiG. Embrace the R-3R. Embrace the R-3S. Embrace the guns! For that will guarantee your salvation. You are then awaited!

You shall ride eternal, shiny and chrome.

You shall ride eternal, shiny and chrome. 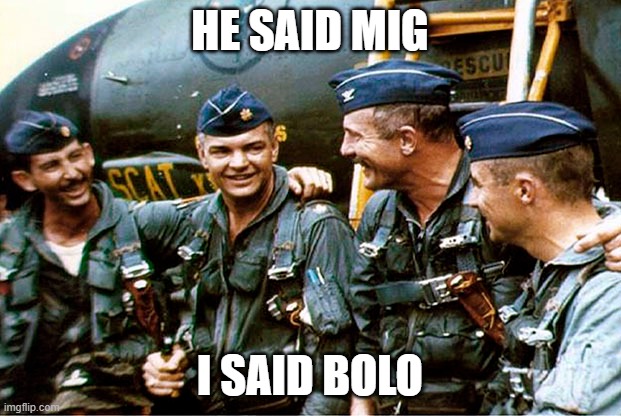