Orthos look amazing in nature where they expose the spiderwebs of streams and creeks with their submerged but visible sandbars; real cliff-faces painted onto the actual surface with matching mesh cracks, crags and caves.

exactly. flat ortho is boring but ortho (at least ortho4xp) comes with updated mesh and that makes the difference.

But it shows it’s flaws pretty quickly over populated areas where painted features conflict with the 3D autogen elements.

fortunately there are some ways to correct it available for some regions. e.g. freeware x-europe addon which provides osm data for roads and buildings (and trees also iirc). then the blending of ortho and 3D objects looks little more seamless.
edit: I have to mention that I use also payware global forest addon on top of it for the correct diversity and placement of trees (osm data also iirc). wish that osm data has also grass and bushes info. 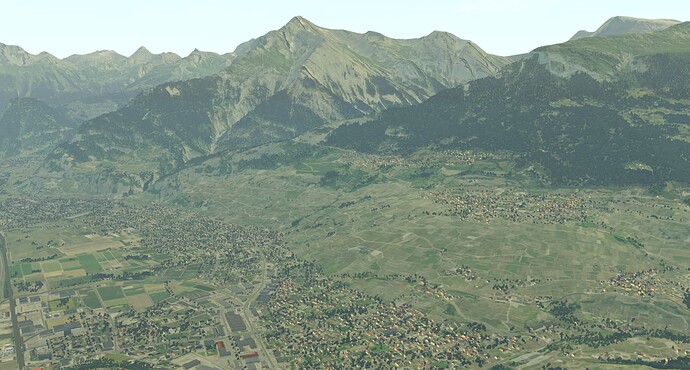 I use Global Forests too. It will be interesting to see if LR will add similar functionality to XP12. That shot looks terrific! (I hope you don’t mind, but I changed the thread title from “X-Plane 11…” to just “X-Plane…”)

only ‘little’ scratch on nice surface is the performance hit, not good. oc its all just thrown one over the other. we will see what XP12, where it all should be optimized, will deliver with new default tree tech and new default autogen.

hope for the same, that XP12 will heavily utilize on the osm data available.

Today I tested the high altitude capabilities of the P-38

but didnt fly any high particularly. its freeware P38, not as detailed as FlyingIron, but very nice for free

and as there was lot of buzz around phantoms did some flying with it, just to see whats the appeal 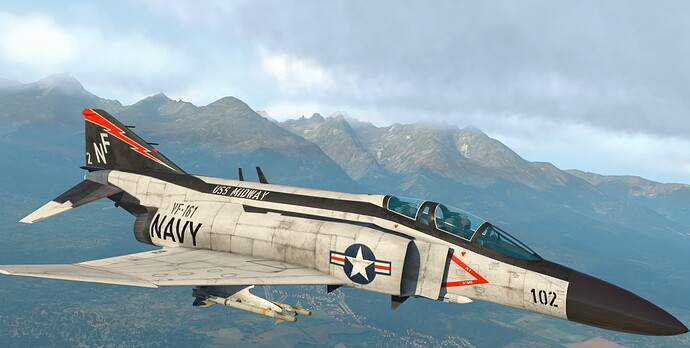 Picked up the Hot Start Challenger 650!

But eventually got it sorted.

Here are a handful of pics. I’ll post more as I dig into the airplane this week. Hey @PaulRix, I need the 5 minute spiel on this Canadian goose. 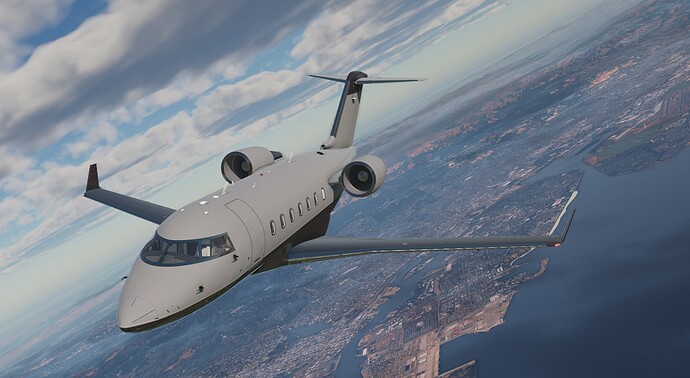 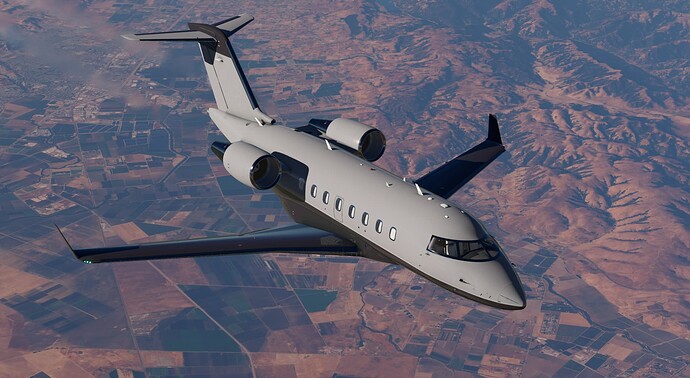 With the FBO feature, now I can get the full NetJets pilot experience! 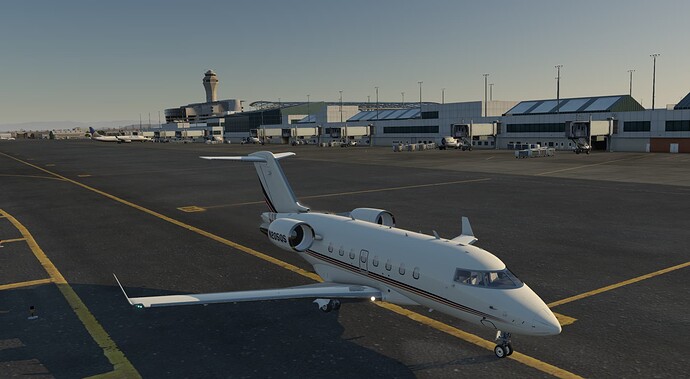 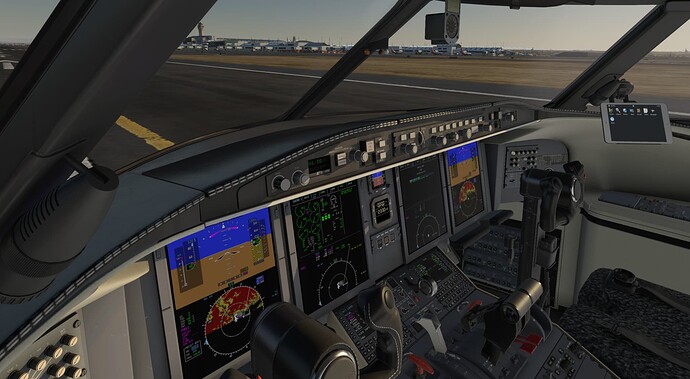 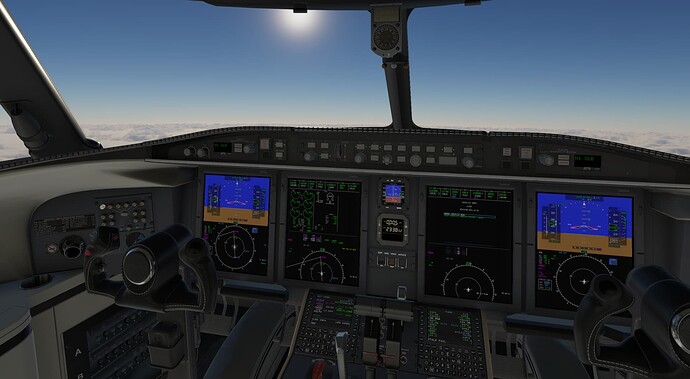 My initial thoughts: Beautiful airplane model. I felt right at home with the Pro Line 21 Advanced avionics being that I currently use the original PL21 at work. TONS of features to explore. Should keep me busy (and current) for quite some time.

The Challenger is a great airplane IMHO. It felt like a spaceship when I first started flying the 604. It was quite a step up from the Citation II and King Air (although looking back, I still consider the B200 as my favorite of the airplanes I have flown)…

Hmm… lets see. It has a range of about 4000nm, so if you are going to hop over to Europe, a fuel stop in the North East is a given. Returning from Europe you will be stopping in Gander most likely.

We used to cruise at M0.78 for best fuel efficiency but a lot of operators typically use M0.80 .
She does quite well at FL410 (service ceiling)if you are light enough to get there. The 410 limitation is based on the pressurization system rather than aircraft performance. On the 604, the auto-throttle wasn’t the greatest. The APU isn’t the strongest performer, but it was the first airplane I flew that had one, so I thought it was amazing at the time.

Feel free to ask any questions…Just bear in mind that it’s been 7 years since I flew the 604 so I might be a little rusty.

took it for a spin. nice for freeware ac. but if anyone wants a bit of Zlins of 42s familly than I recommend Zlin Z-142 from PWDT&NHAdrian. also freeware, but payware quality inside out.

having fun at Catalina (also freeware from MisterX6) 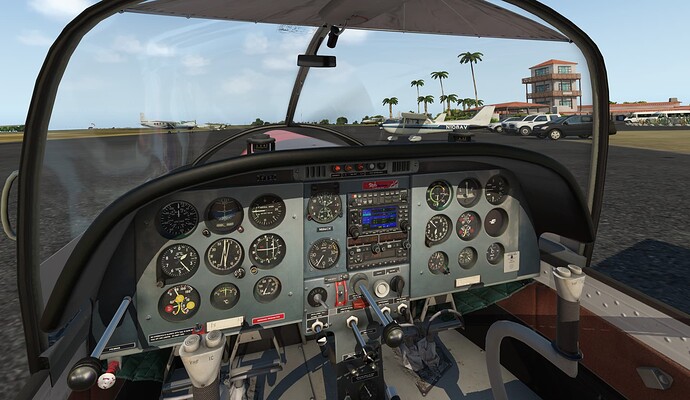 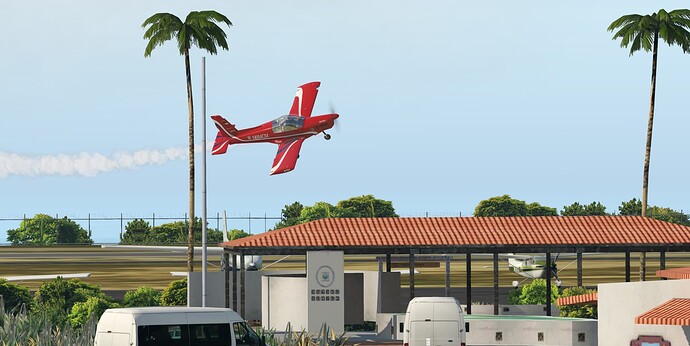 gave a go also to the freeware Bell47. not bad at all for free

good thing about these freewares is their little to no effect on performance of the sim as they are little simpler in 3D modeling and texturing. 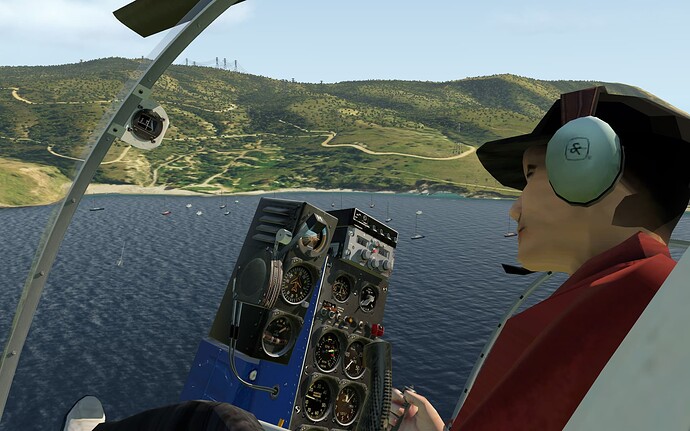 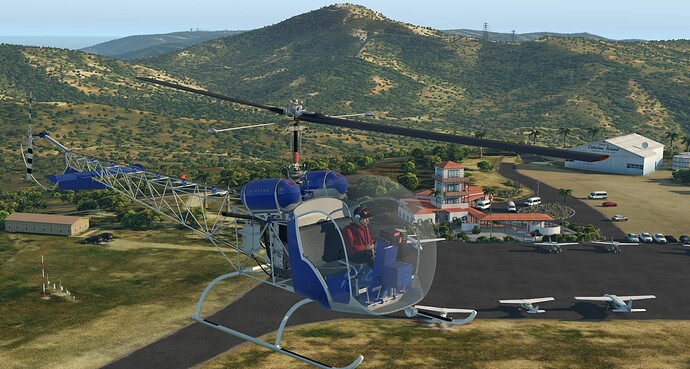 I like Brett’s 47 a lot. Not perfect but good enough for some fun flying.

Brett’s rendition of 47 is really good in fact. I mean at least it can be compared with payware offering (with quite a price point). and in this comparison Brett’s model looks really great.

Went through a cockpit familiarization and the engine start up process. Should get the wheels off the ground soon!

First flight done! Such a joy to fly, Landing a bit off but that was my fault, but fun flight

great shots. I wish I am more into these big haulers. I didnt even try to solidly fly any biz jet. I have Carenado 550 and flew it only like a fast GA.

Looking good. I’m holding off on buying it until some of the bugs are ironed out. I’ve watched a few Twitch streams and there is a lateral navigation bug where if you tell the FMS to go direct to a waypoint, i.e. turn left, it initially turns right.

Are you seeing this?

I havent experienced it yet. Last nights flight i did a direct to but it was a right turn and all went good.

Had some cruise issues but the patched that.

@Chaz …You tipped me over the edge. This is the first thing I have purchased for XP11 since December 2020! 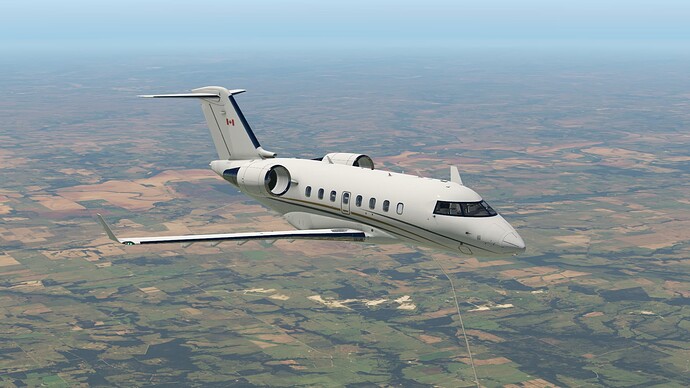 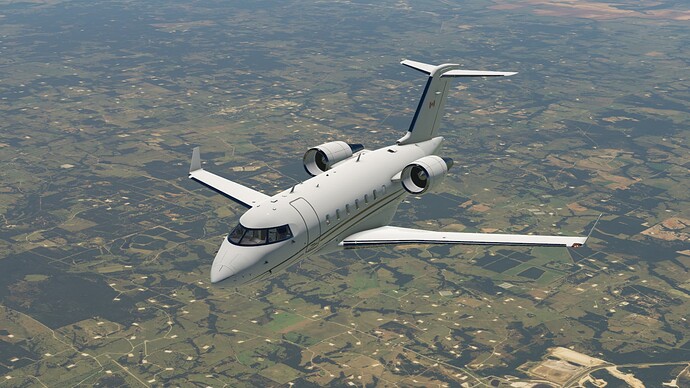 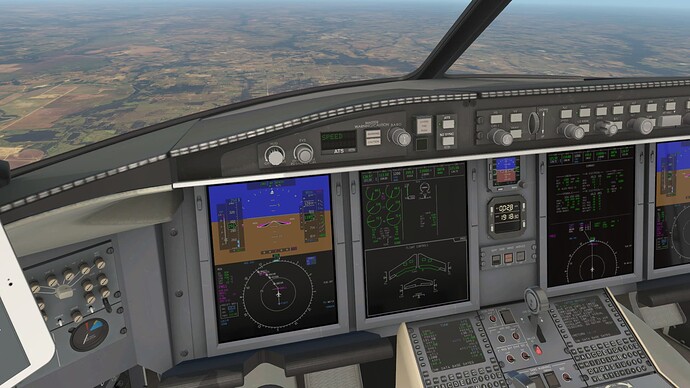 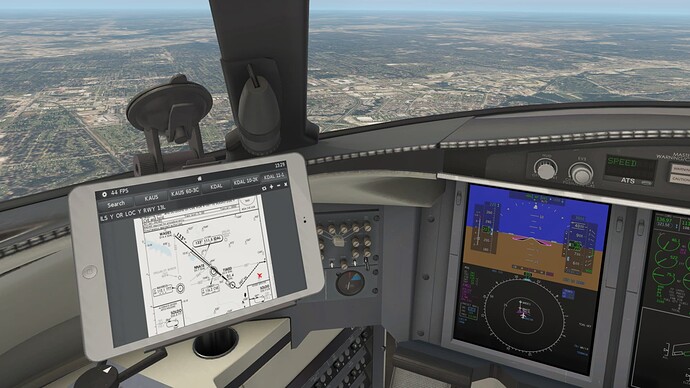 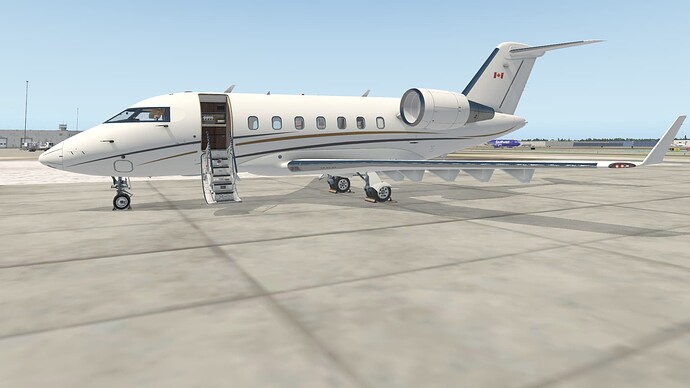 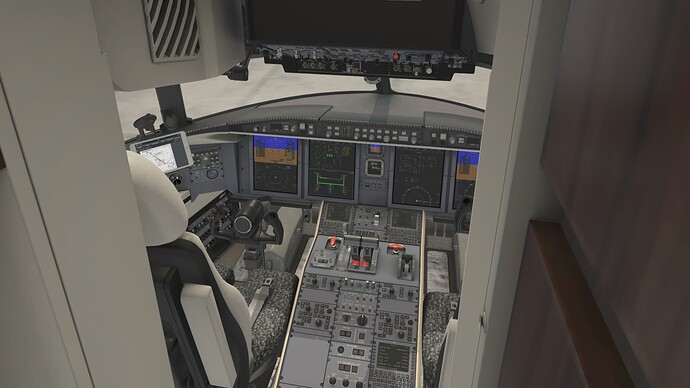 A real Challenger 650 cockpit for comparison… 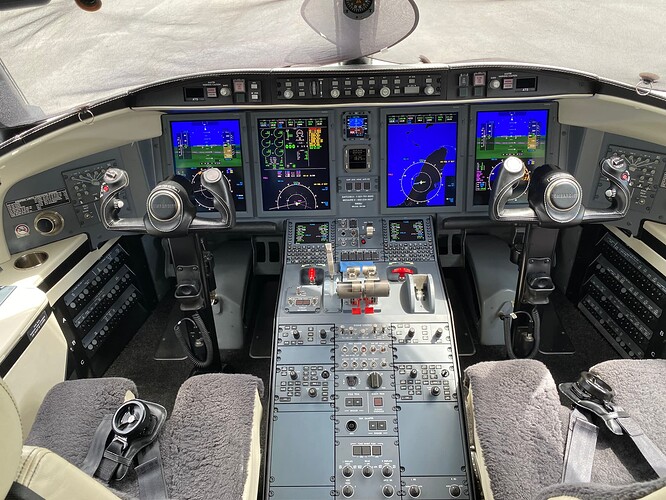