Man, that’s really cool. Can’t wait to see where ATMO goes, especially if you can get the voices sounding more natural. I’m sure that if it were easy you would have done it by now.

Very interesting stuff there, @jross! DCS needs this!
I won’t have much time for dedicated testing, this spring, but if you’re ok with half a tester is better than no tester, I’ll do what I can!

sounding more natural. I’m sure that if it were easy you would have done it by now.

Likely will never happen. I’ve found I kind of get used to it and don’t notice it after a while.

The speech “engine” such as it is, will have to wait til the final features are hammered on. My biggest concern right now is DCS does some serious pre-processing on audio files - it seems to take a long time to do this, which translates into a long load time. Thus only one voice right now. Having a physical, slow, HDD doesn’t help (which my dev. PC uses).

There’s the pacing/inflection etc; it’s a simple text-to-speech converter so it’s always going to sound robotic. Unless Siri or Alexa will work for free?

What you hear is about the 3rd iteration. Remember, this is drag-and-drop: no external apps (speech/audio apps), nadda. Pure Lua/Mission Editor. The DCS Lua implementation gets a little off when you have the clips too close to each other. Still experimenting with this.

I can actually make them perfectly clear but then it sounds nothing like it’s coming from a radio (there is a work-around I may try). And to save space I’m creating the sentences on the fly from individual words.

A great deal of phraseology could be consolidated into complete phrases but this would; a) take up more storage, and b) still sound like an algorithm created it. Some combo will likely happen.

Although…a real live person to record these phrases would help. Any volunteers?

Look at “Jester” from HeatBlur to see this is a difficult problem to solve even with human sampling. 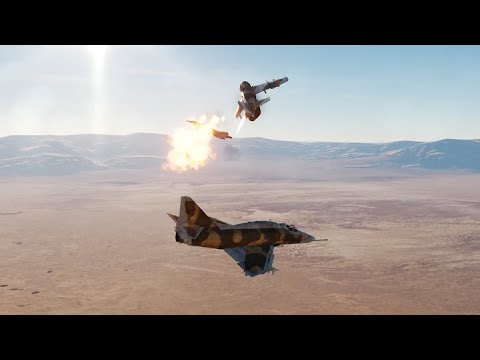 Ah yes, good old 320x240 graphics, on a small (but VERY heavy) monitor. Game-play was better than the graphics; imagination was mandatory. And you had to play while holding onto your desk - because you played IN THE SNOW, UP HILL.

That menu music is beautiful. I don’t think I had that when I owned it.

That music was from AdLib sound card. The Roland version was even better. Though the Roland MT-32 price was comparable to high-end GPUs nowadays, so was not that common back then. Those old memories are all coming back. JumpJet was a cash grab on MP’s part. It was never much of a sim even for its period. Much, much better was the one that included a campaign through East Timor. The sim ran smoothly and had a plausible flight model. I am having an old-man moment and can’t recall the name.

5 posts were split to a new topic: StormOfWar Server Status Gotta re-post this one (one of last years entrants to some DCS video competition). IMO the best 1v1 sequence I’ve ever seen, worthy of another look: Sent this to a former fighter jock buddy of mine (5000+ hours) and he thought that part was, “kind of exciting”. Huge praise from that crowd, even for a “game”. That video should’ve won just for that scene.

Though DCS is lacking in some significant areas, IMO, it is a hullva sim trailer platform (if you have the patience for the editor & camera system).

That video sucked! No helicopters?

Just kidding. That was pretty awesome.

Having a blast with the Horrido campaign so far. Still so much to learn about fighting in the Anton.