It’s videos like these that make me wish I were unemployed, single, and had no responsibilities so I could regularly fly online with a group like that.

Speaking of, random VR footage from an online pickup flight with faux Rhinos Nice job Clutch. I’ve been trying to get a process down to capture video in VR. As such, I’m battling 3 issues, tight FOV, right or left eye dominance, and the shakes. You’ve done pretty well handling the first two. For the shakes, I’m wondering if we can fix that in post without losing the sensation of speed. Are you using OBS and if so, what source are you using? Thanks.

Edit: want to try this… I sure do use OBS. I record the DCS.exe window. There are a couple tricks I use for the FOV and general quality:

Your bounding box size might be different. I started with a 2560x1440 size before we got the VR mask. After the VR mask I had to adjust the crop to get rid of the mask, and that’s the value I ended up with.

The FOV I think is controlled by the base/output resolutions. If they’re the same you get a narrow FOV. If the output is less than the base, you get a wider FOV. I think. I haven’t played with it in a while.

The shakiness is something that drives me nuts. On my old Odyssey Plus through WMR+SteamVR, I was able to get rid of the shakiness completely by recording either the WMR mirror or the SteamVR mirror (I don’t recall which) instead of the DCS mirror. Then my headset died and now I’m on Oculus, which seems not to have a similar workaround.

I tried the Davinci Resolve stabilization in that video. It looked good at first but has lots of warping issues: Thanks Clutch. You’ve put a ton of good info in your post, which I’m looking forward to trying. My resolution will be different because I have a Reverb G2, but I can at least adopt the process and similar aspect ratios. One of the things that I had to work through is that my monitor’s native res is 3440x1440, and OBS wants to start there. Too bad about Resolve. Not sure what is worse, the shakes or warping. I’ll keep looking for a solution.

The headset resolution shouldn’t matter too much since OBS will be recording from your desktop. Same for the framerates: You’ll get 60 on the desktop even if you have 45 in the headset. The resolution multiplyer (1.0x, 1.2x, etc.) in Oculus/SteamVR/otherapps might affect the cropping, though I’m fairly certain I used the same base/output resolutions for both my Odyssey Plus and Quest 2 without needing to change them between headsets. There is a remake of USNF Ukraine campaing for DCS (10 first missions) available here: 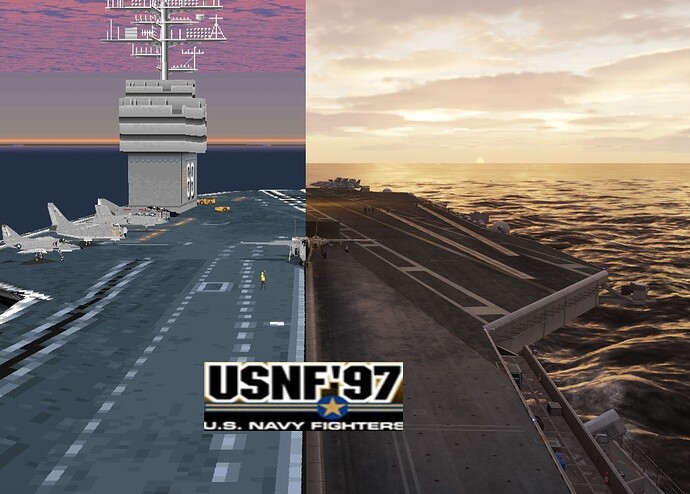 I flown 2 of them and I’m having much fun, there is even USNF soundtrack available for you to listen to during missions on the radio, and few other cool touches. I will absolutely be downloading that! I’d love to see that Kuril Harrier campaign remade. I’ve already said it and I will say again in the future but I really love those video reel of yours.
Keep them coming Holy Smokes! I’m an old man for saying “Holy Smokes!” But DAMN that was great!

You can tell GS just has to do these things. He just can’t help it. And I’m glad. Raw shenanigans and a music video mashup from a few of the same clips.