Was re-watching this video. The linked time - it’s starting to look like DCS This is this guy’s last video from 2021. Only 16 minutes and full of great scenes and combat. As said before, I just love this guy’s highlight of tactics and teamwork. Yeah, he’s a fantastic guy. The amount of time and work he pours into Storm of War is insane and it shows. It’s the most popular DCS WWII server by a long shot, pilot and squadron statistics on their website, organized events like the big formation last year, and then very nicely edited videos for his YouTube channel. I was close by when he was flying that night but I was operating around St.Lo most of the time.

Made quite a few online friends on there since I started flying SoW regularly in December 2020.

I like your style. There are a lot of cinematic videos, and then on the more tactical side there’s a lot of videos I never get around to watching because the cuts are too big.
You show the action you want to show and your short narration provides all the context that’s needed. This is one of those rare videos that makes me feel almost as if I’m playing DCS. 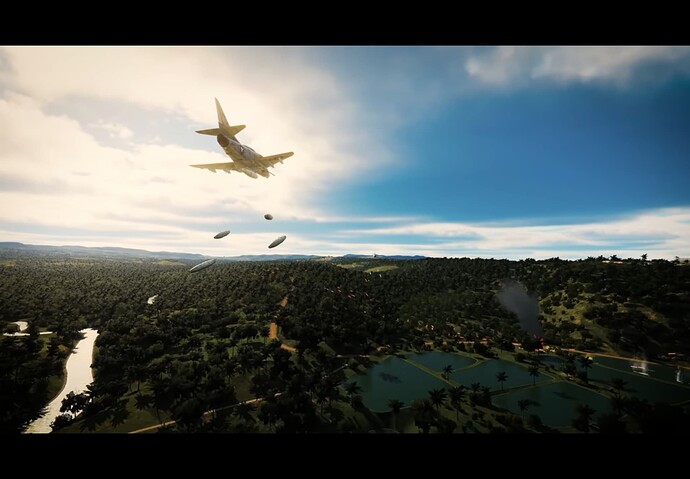 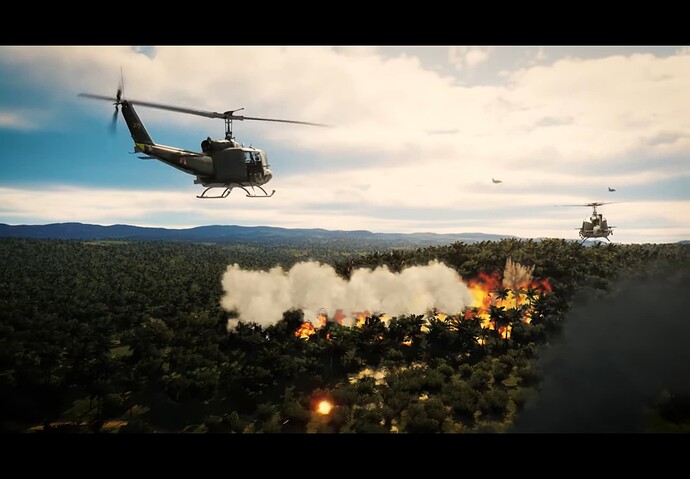 Took her for a flight last night and I loved it.
Snappy controls and the clickable cockpit is a joy.
Great fun, but IIRC can’t be used in MP servers.

It can be, but for anybody to participate in a .miz that has the A-4E mod in it, they all need to have the mod installed. That is why it isn’t used a lot in multiplayer.

I would love to fly a mission in the A-4 in multiplayer though!
Installation is super easy so I think it could definitely see more multiplayer action.

I will be adding it to mine. it’s too awesome not to.

So, when you guys call it a mod, does that mean module or modification that builds upon an existing DCS module, like some of the FC3 mods that are out there?
It looks more like the A-4 is a freeware module…
Interesting that they seem to have made it work with DCS:Supercarrier, or am I reading that wrong?

Ah, you do have a point, definitely.

Yes it is a standalone module.

I still use the word mod to avoid confusion with official modules that can be downloaded through the module manager and are updated automatically through the DCS Updater. The A-4E is a mod in the sense that you mod your game and have to keep it updated yourself.

But free unofficial standalone aircraft module would be more correct.

I wonder why it’s unofficial? They claim to have an EFM and supercarrier compatibility, if I understood that correctly. Sounds like they have support from ED…?

They are figuring everything out on their own and do not use the official SDK. IIRC, that was also what complicated or made it even impossible to have working radios. They might have hacked their way around that by now, not sure anymore with all the stuff they are unexpectedly able to put in.

The main blocking reason for them not to turn this into an official module is that this was not allowed by McDonnel Douglas, who still own the IP of the A-4, and they accepted those terms when they started work on the mod. Also the reason there is no way to donate to the devs

I’ve been following this project since at least 2016. I heartily recommend the mod to everyone: since the first version 2.0 alphas the flight model is really amazing. Can’t wait to see what they added in the last year.

Great mod. The radio limitation is a factor. Seems 90% of the work to get it to “release” state is complete. I’d pay for it. I see no diff. tween it and something like the F-5? Wonder how much of the MSRP the official license from McD’ would be?

You are triggering some old memories. This must have been back in 2014, but I remember VEAO being in talks with McD about an official DCS A-4 (they had some 3D models from a former mechanic with a ludicrously detailed engine) and they said it was “not feasible”. By now we know how optimistic they were so that’s enough of an answer for me.

Let’s be thankful for this free A-4, this may be all the Skyhawk we ever get in DCS.

I have really really wanted to donate to the community A-4E team, especially when gospadin passed, who was the lead dev on the project. But that is unfortunately not possible in any way due to legal reasons, so let’s listen to the devs:

No, we cannot accept donations, but we appreciate your words of support! There are so many good causes out there. Consider donating to one of those instead!

If you are unsure where to donate, have a look at GiveWell’s top charities for opportunities to save the most people/health per dollar (prices as low as an estimated $3k - $4k for saving a life) or the top charities of animal charity evaluators if you too are convinced animals are capable of suffering.