I’ve been craving some proper singleplayer content for the Harrier, unfortunately that’s one of those things that has been sorely lacking so far though @Baltic_Dragon is working on it, or so rumour has it.

Right now there are 3 user made campaigns to play(that are in english AFAIK):

Vulcan Forge, which has been well liked though the triggers appear to be broken in the current DCS version. And then you have Operation Georgian Shield and Operation Broken Cauldron.

This AAR will be about Georgian Shield. 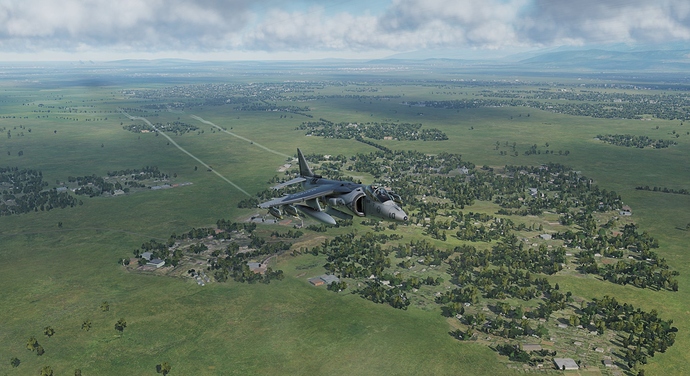 January 16, 2020. Updated to vers 1.2  Fixed first mission to be a 'runway' start on the Tarawa. One of the last few patches has wrecked 'ramp' starts. An 8 mission campaign taking place in a 2005 Georgia where poor economic and social...

I’ll leave it up to the author to explain the campaign settings:

The year is 2005 and events in Georgia in the last decade have led to the loss of Abkhazia, poor economic conditions and lack of government control and authority. With the varying ethnic groups and several other provinces on the brink of breaking away, there is worry in the international community of a ‘Balkanization’ of the region.

These conditions have led to the rise of a radical ultra nationalist group known as the ‘GNF’ (Georgian Nationalist Front), who have an agenda of overthrowing the current democratic government and imposing a new hardline military backed dictatorship to restore ‘order’ to the country. The GNF has swayed several army units to join its ranks and has gained a foothold in the Abkhaz border region from where they are staging raids and attacks. The Georgian’s also claim the GNF is being funnelled supplies and equipment from Russian forces in Abkhazia.

With the Georgian military drastically underfunded and morale low, the government has asked NATO to help supply a small force to help them turn the tide against the GNF. NATO has agreed, and is already sending a nearby US Marine Expeditionary Unit that was training in the Mediterranean to provide air and ground support. This response has caused a reaction from Russia who is now patrolling the Black Sea and bolstering it’s garrison in Abkhazia to counter any NATO actions.

The MEU’s main mission will be support of Georgian ground forces and elimination of GNF assets while not agitating Russian forces in the region.",

We start off on the Tarawa, hunting a few small boats for training purposes, loaded up with a few light rockets and 2 MK20 cluster ammunitions. Soon enough I get airborne and start heading for the target area.

Using the TPOD I designate the tiny dingies and align them all up in a neat row so that they may fully enjoy the happiness dispensers that will soon be heading their way! 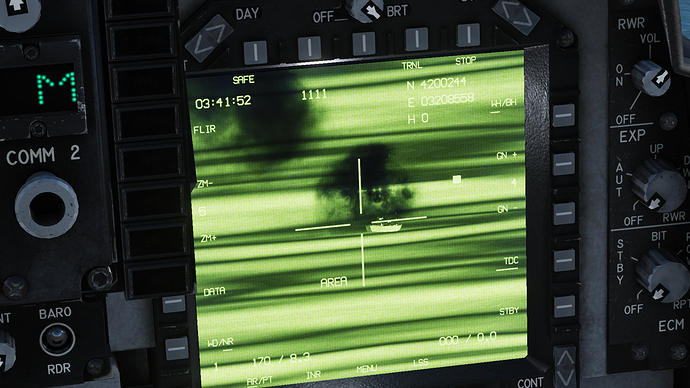 All lined up, let’s release the first weapon with a straight and level flight from low altitude!

The happy little accident hit the 5 boats right in the middle one, positively destroying 3 of them but leaving the 2 targets on the edge alive and well. 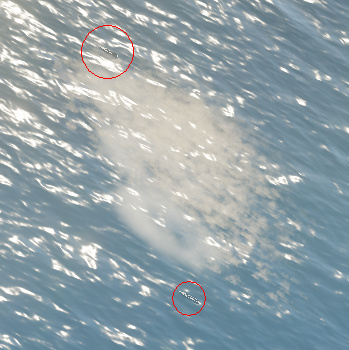 Boat 1 is quickly destroyed by a shoddily CCIP released MK20 and Boat 5 eats a few rockets and suddenly takes on the properties of a terrible submarine.

The Mother of Invention(Tarawa’s new name, Dear Director) calls me back after destroying the ships, mentioning our Turkish allies being painted by the Russians, and some sort of surface ship shadowing sneakily from the shadows. I promptly start paying slightly more attention to the RWR, though I never got a hostile spike. Perhaps because I adamantly kept below 5000ft. 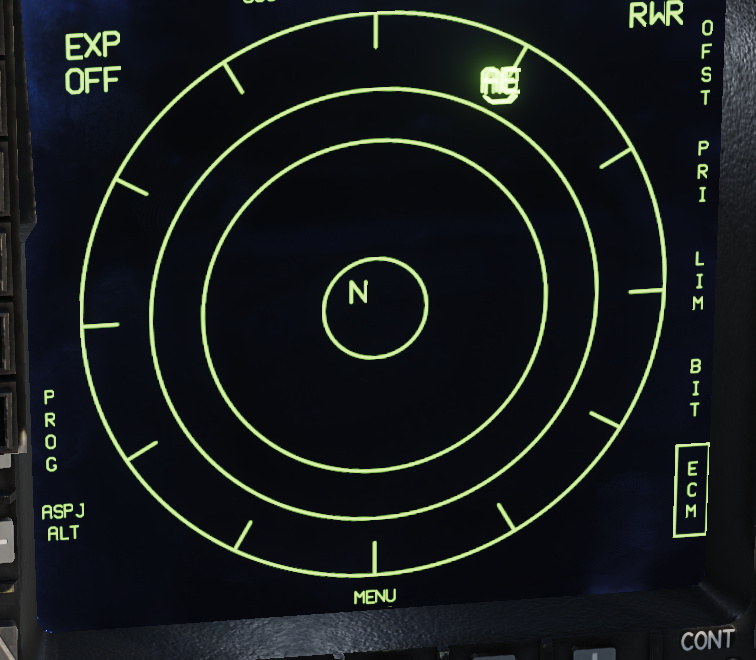 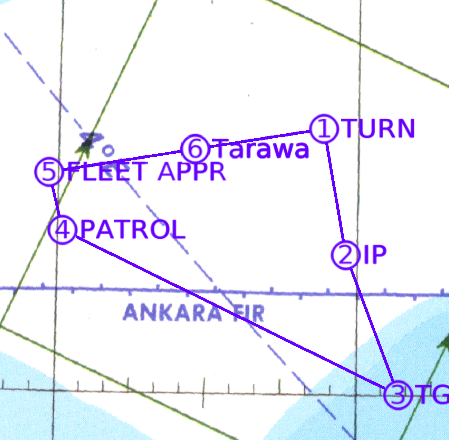 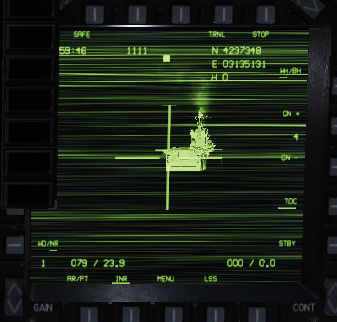 Setting up for a CASE I recovery. Already checked all my VL properties in the VREST page, what a lovely system!

Aaaand… I promptly gentle smash into the sea. I forgot to account for the TPOD, GAU-12 and the remaining rockets in my weight calculations… Woops… 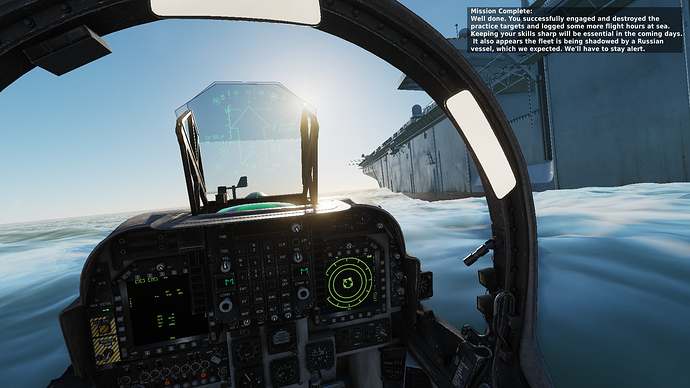 Look at this lovely Harrier, LOOK AT IT!

lovely Harrier, LOOK AT IT!

OMG, it IS beautiful. 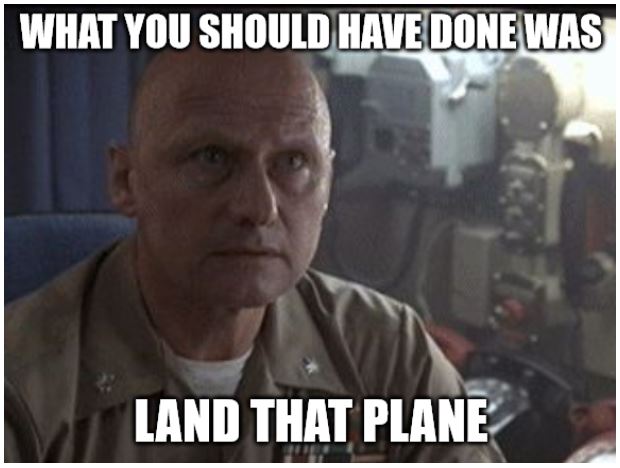 I mean, i did… just not where expected… @Hangar200 gave me some landing training!

Never mind the plane the mission was a success

Doesn’t the VREST STO page give an accurate weight ?

Only for Fuel + Water based on the BAW(Gross Weight) I still had weapons and pods loaded which does account for my slow decent into the abyss!

Doesn’t the VREST STO page give an accurate weight ?

I was wrong, it does take weapons into account! Just double checked it, you see it increase the weight when weapons are loaded on.

The second mission had me doing a CAP… Something I’ve got no experience with, and the results show! 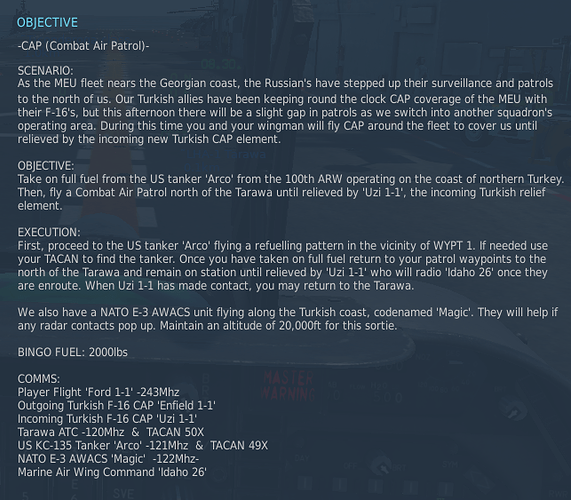 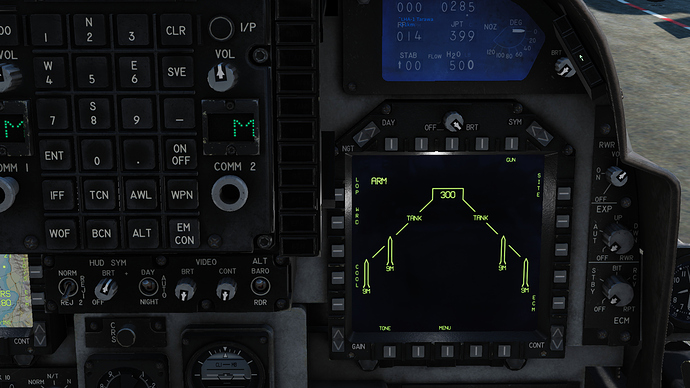 Soon enough I am airborne and on my way to the airborne pitstop. I hope they can wipe my canopy clean!

Refueled and on my way, time to take a dramatic shot! 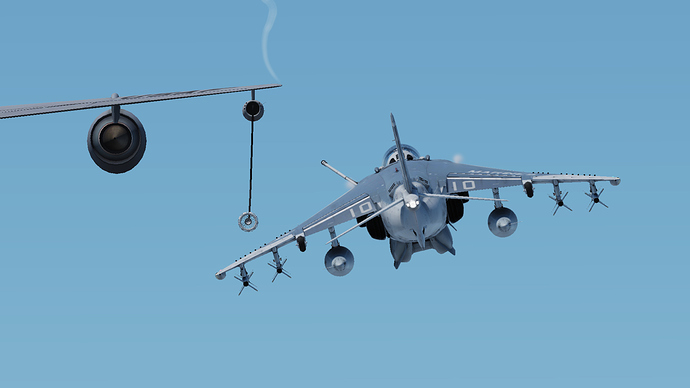 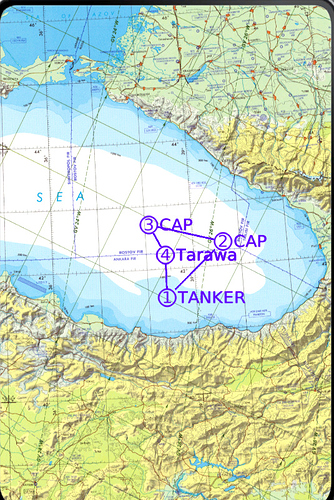 My kneeboard has the CAP waypoints, at this point I maintain cruise altitude, economic cruise and keep my eyes outside and on the RWR. It’s singleplayer so I am 50/50 waiting for a trigger on a waypoint I suppose

We got a report of two Mig-21’s incoming. Though the carrier cannot use long range weapons because the Russians will be pissed off, but the Mig’s are used by seperatists!

From this point onward I set heading towards the bad people in the Mig’s. Realized too late I should send out my wingman to distract them and give myself a bit of a chance. I didn’t though and got pinged with 2 missiles before I got a shot off, the harrier was still flying but the wings and engine got damaged, limped back a bit to the carrier and had to eject too early. My wingman did take care of them eventually! So that’s good.

Anyway, I am off again to practice CAP with my harrier and try this mission once more! Stay tuned!