Off to the shop!

Off to the shop!

Actually $24 (preorder) is pretty good for something so different to fling around. 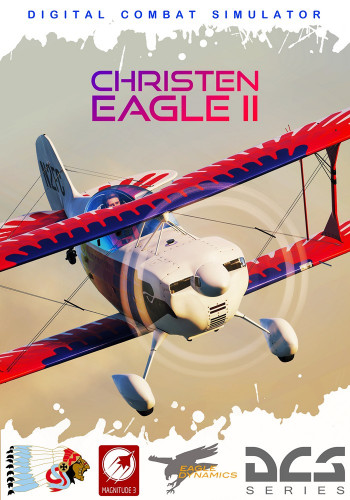 The Christen Eagle II, which later became the Aviat Eagle II in the mid-1990s, is an aerobatic biplane aircraft that has been produced in the United States since February 1977. Designed by Frank Christensen, a veteran WW2 P-51D pilot and...

I should, shouldn’t I?

Seriously, I thought that was a good price.
I’m sure I will have fun with it!

Hmmm originally I didn’t want to get it, but…
A buddy of mine has recently started to play DCSW (his very first flight sim) and since I don’t want to make him fly basic training in a Russian plane and then advanced training in a western one I am thinking about using the CE2 since you can fly it in MP.

…on the other hand I guess it isn’t exactly an easy to fly plane.

Wouldn’t the C101 also work for that?

Not on Steam yet unfortunately, and he uses Steam.

But yeah I defintely want him to fly that one with me. I will even gift it to him if he doesn’t want to buy it.

I would like to start with a simple prop plane though, not with a jet that requires ground power to startup and all that jazz.

Call me sceptic. I don’t trust 3rd parties to create proper AFM…and without it this plane is useless.

I’d be very interested to hear @smokinhole opinions on this when it’s released. I’ve got a couple of mates who fly stearmans which is as close as I can get to the biplane world this is miles removed from them of course.

P-51 is single seat and Yak is Russian.
A double seated TF-51 would do.

Honestly, I think he’d have more fun with the community A-4E. The SFM is a bit easier to adjust to and it offers a lot of capability in a pretty clear format.

I’m glad the Christen Eagle is being priced very reasonably, I might pick it up for that reason alone. The Yak-52 has been interesting; I’d like to see more types like this, just to flesh the environment out more.

Would love to see an air combat USA style combat system for these aerobatic GA aircraft. I’ve always loved the “laboratory” aspect of sims, ie experimenting with how things would more or less play out in real life between oddly matched foes (eg was intercepting formations of B-17s Ipswich migs in the mission maker). As such, Yak vs CE BFM would certainly be entertaining.