So, which modules are you guys going to pick up (if any)?

I have ben on a bit of a DCS binge this past 12 months after getting my Oculus Rift and new PC to run it. So I find myself with only three modules missing from my collection. The BF109, the FW190 and the C101. Any thoughts on any of these?

The Bf109 and Fw190 are the more challenging of the DCS tailwheels, with respect to takeoff and landing. It’s not a bug, just issues with trying to accurately simulate a tailwheel experience in a home cockpit.

I’m excited to get back into the C101, with all the recent updates. Maybe @BeachAV8R has some more recent experience on how this module has come along?

The Bf109 and Fw190 are the more challenging of the DCS tailwheels, with respect to takeoff and landing.

Are you daft, lad? The Spit has all the temperamental engine and wheel base issues of the 109, with the added problem of a stick mounted brake. If you can comfortably master the Spit, the 109 should be no problem.

Seriously though, I rather like the 109. If you can get it in the air, it’s a heck of a crate. It’ll turn inside it’s own arschloch, and if I didn’t know better, I’d swear 30mm spud gun was designed specifically to take out Mustang pilots during snapshots. I don’t own the 190.

I’m currently learning the Bf-109 - it’s great plane, feels very real. Bit of a handful coming up and going down, but you have all the power you could ever want, and it’s very lively. Big guns too!

I love the Dora. Faaast. Easy to start. Easy to take off. Bit of a handful to land. Heavy armament. If you miss the shot on the way in, don’t stop to chat about it, keep right on going! Rolling scissor monster.

I love the K as well for all the reason mentioned.

Lots of food for thought… thanks for your input guys!

I too own both German birds.
I would say the 109 is the most powerful crazy wwii plane in DCS with a cramped cockpit, hard to fly, but if you fly her well, incredibly capable.
The Dora is a much more sophisticated aircraft with a spacious cockpit, good ergonomics and automatic engine handling, and if it weren’t for the war, I would always fly the Dora. Of course she has her strengths, but she can’t match the raw power of the 109.

That’s my feelings about the planes

I own the Dora and I can confirm what others said. It’s almost single finger operated…
Powerful, agile, armed to the teeth and ready to give hell.
I’m just sorry that mine has ME as a pilot.

TL:DR on the Gazelle, it’s a shark, only then more nimble and with a much smaller punch. you have to get yourself much closer into the heat of it all. I love it!

EDIT: I was being all sneaky sneaky stealthy 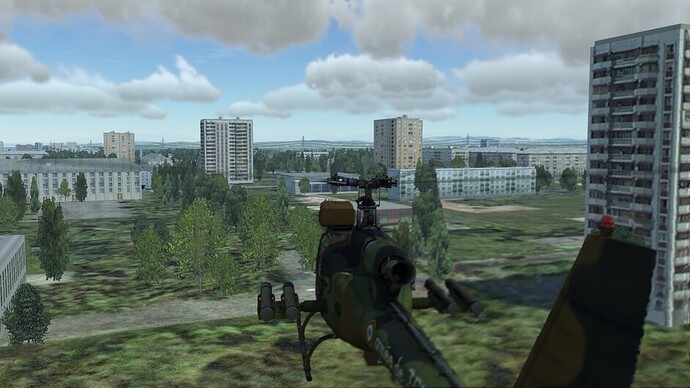 And as soon as I got in range the tank decided to take me out with it’s Sniper missile which has a 4-5K range, where I have to get within 4K of the target!

Very exciting. I observed the launch on the TV display, I think getting lased was the trigger for the tank to start firing.

I picked up the F5… almost got the Spitfire. My only disappointment is that I can’t use my bonus points on sale items. --T

Well i think i am going to pick up the mi-8 as i need a transport chopper for blue flag. Umming and arr’ing between huey and mi-8. May pick up a ww2 bird as well.

The Spitfire is wonderful in VR, but a real handful to land.

So, after much soul searching and consideration, I went with the C101. It is a bit of a gamble, but my reasoning is that I have flown many virtual versions of the FW190 and Bf109 over the years, but never the C101. Although it is purely an unarmed trainer right now, the armed version is (supposedly) fairly close to release. I think it will be a fun and capable light strike aircraft. I kind of like the instrument training curtain too. That could make for some interesting training sorties.
Also, the saving in the sale is a little more than with the 190 and 109.

The sale isn’t over until the 24th, so it wouldn’t surprise me if at least one of the German aircraft finds itself in my virtual hangar before it is all over You can’t go wrong with either! Flip a coin or pick the one you think look prettiest

I love em both equally!

Had to pick the Gazelle, too.

Having a lot of fun with it! REALLY nimble. The stress part of the damage model seems off to me, but I’ll let PC address that when they can.

Sigh. I just finished up my collection (40% off doesn’t come around very often). So, the 109 and 190 are certainly a lot of fun to fly. The C101 also, although the flight model is obviously rather simplified at the moment. All three cockpits are awesome in VR. It is kind of nice to recognize the HSI in the C101, which looks to be identical to that in one of the King Airs I used to fly.