I just think it would be relaxing listening to you all getting blown to bits, while I’m reading Mudspike and posting memes waiting for the survivors to return for a drink. Like an airborne pub landlord.

DCS is quite well suited to the Gina’s bread and butter work; tearing up a bunch of red ground units with dumb bombs, rockets and guns.

Sure, but no proper theater to fly it in.

Sure, but no proper theater to fly it in.

You don’t consider Saipan a natural habitat for an Italian built short range ground attack aircraft in German service? Certainly you are in jest sir, auch a failure of the imagination

And the S-3 wasn’t only a sub-hunter. Anti-shipping with the Harpoon and Mavs. Rockeyes…
Even the on-board tanker.

In it’s final years of service, it was upgraded with LANTIRN capability for ISR work in theater.

I’m not super interested in this plane per se (I barely fly my F5), but I am excited if DCS is turning into a platform where companies expect to make a profit putting out various and diverse modules (like MSFS). ED cannot fill this with content by themselves and a rich market for this means more and more companies developing for it. That makes me incredibly excited for stuff like the MB-339 and G91, which I’m probably never going to fly.

Valid points. I too am uninterested in many upcoming projects for DCS. The Hind, the Gina and Mb339, MiG-23, F-15E…

But do agree that more developers will fill the voids faster than ED alone, can.
For IFTE, Dino is using his previous knowledge of these aircraft from FSX/P3D and is successfully bringing them to DCS. Hats off to him.

Someone made this plane for SF2 at one point. It was pretty fun there, although the limitations of the game meant it didn’t really differentiate itself too much from many of its contemporaries.

I will put this on my “probably at some point” list, although my time in the 86 and 21 and 2k and Viggen and Harrier (all of which hold more interest for me) belies I may ever get there.

This man gets it.

Hunting subs by plane is like hunting deer: Challenging, but fun in a “they can’t shoot back” kind of way.

Ok, so, next time, open with that argument.

The S3 lacks a gun, the Vespa has a big one. Sold.

Plus, Rockets can still technically sink subs I suppose…

Yep I too thought it was a copy of the Sabre, even said that at a G91 base, Treviso, during a NATO exercise, that got me a tour round the hanger and a very polite lecture from a really great pilot/ instructor. They did start afresh, no license had to be paid, I also had an invite to fly with the Frecce Tricolari the next day. Sadly my officer boss stepped in to put a stop to that, and then invited himself to take my place. They were very nice and advised I had the invite, so if I couldn’t fly as well, it may not happen. Boss used his forceful personality to make his point, but when he showed up for his flight, the 2 seater was u/s…shame.
The Italians were brilliant hosts each time we went, I may well get this to bring back happy memories.

Sorry to hear about your boss but glad you had good memories of the Italians. ^-^

Sadly this module comes too late to get input from the two Gina pilots I knew.
One passed away two years ago and the other one doesn’t play DCSW anymore (or at least he doesn’t contribute to the flightsim community anymore. He was a regular over at Lockonforum.de but he must be almost 80 by now and said goodbye a few years ago).

This week’s newsletter has some news on the best light strike fighter of the 60s.
The main new piece of information is that in addition to the previously announced German, Italian and Frecce Tricolori variants, a Portuguese variant is now also confirmed. 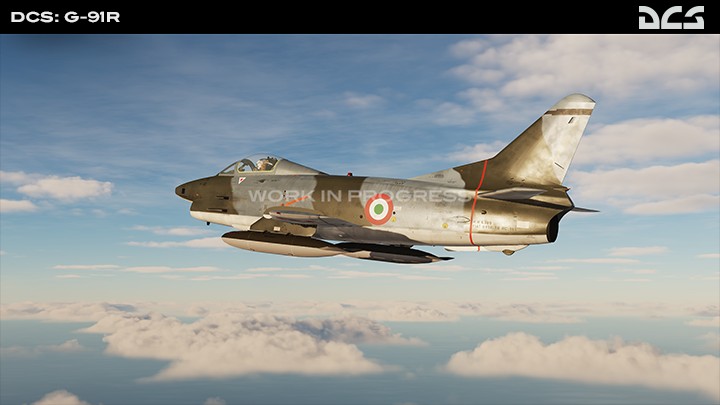 The G.91 is an Italian jet fighter of the Cold War era that was designed and optimized for strike and reconnaissance missions. The G.91 originated from the 1953 NATO NBMR-1 competition that sought a “LightWeight Strike Fighter” to be adopted as standard equipment across the air forces of the various member nations. 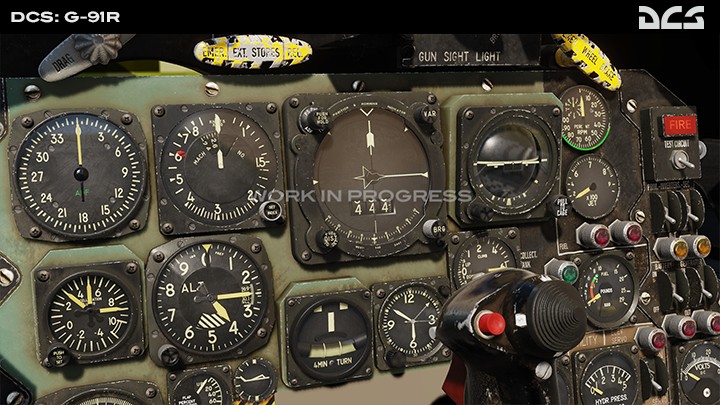 The G.91 was declared the winner of the competition in 1958, and it entered operational service with the Italian Air Force in 1961 and West German Luftwaffe service the following year. It was also evaluated by the U.S. Air Force, and it was adopted by the Portuguese Air Force. It saw extensive service during the Portuguese Colonial War in Angola and Mozambique. 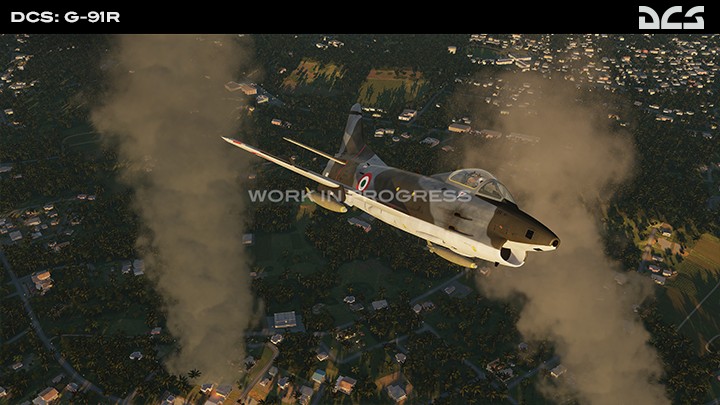 Gina looks like a fun ride. Especially the R/3 version!

It’s nice we’ve got confirmed the German and Portuguese versions, I believe they pretty much always carried external tanks on two of the hardpoints but four hardpoints instead of two is going to be much more usable!

The Gina is a nice little fighter. Got to fly her as one of SF2’s many mods, kinda like an improved F-86 there (granted it was simplified modeling compared to DCS).