I have it set to default “High”. No tweaking, besides setting gamma to 1.8 IIRC.

new favorite loadout. Just need the TGP to be finished, and I’ll be a one man wrecking crew!

figured out why TGP isnt working, it’s not hooked up!

So that loadout is for real? It looks ridiculously heavy, although the harriers wings are also weirdly thick for a fighter aircraft so eh, I’ll buy it

Playing in an Eagle over Normandy because I can

DCS changed the default to a broken PNG format.

#meta has a work around post. PNG Uploads From DCS Screenshots Problem - #22 by bignewy or just save as jpg in Paint etc. 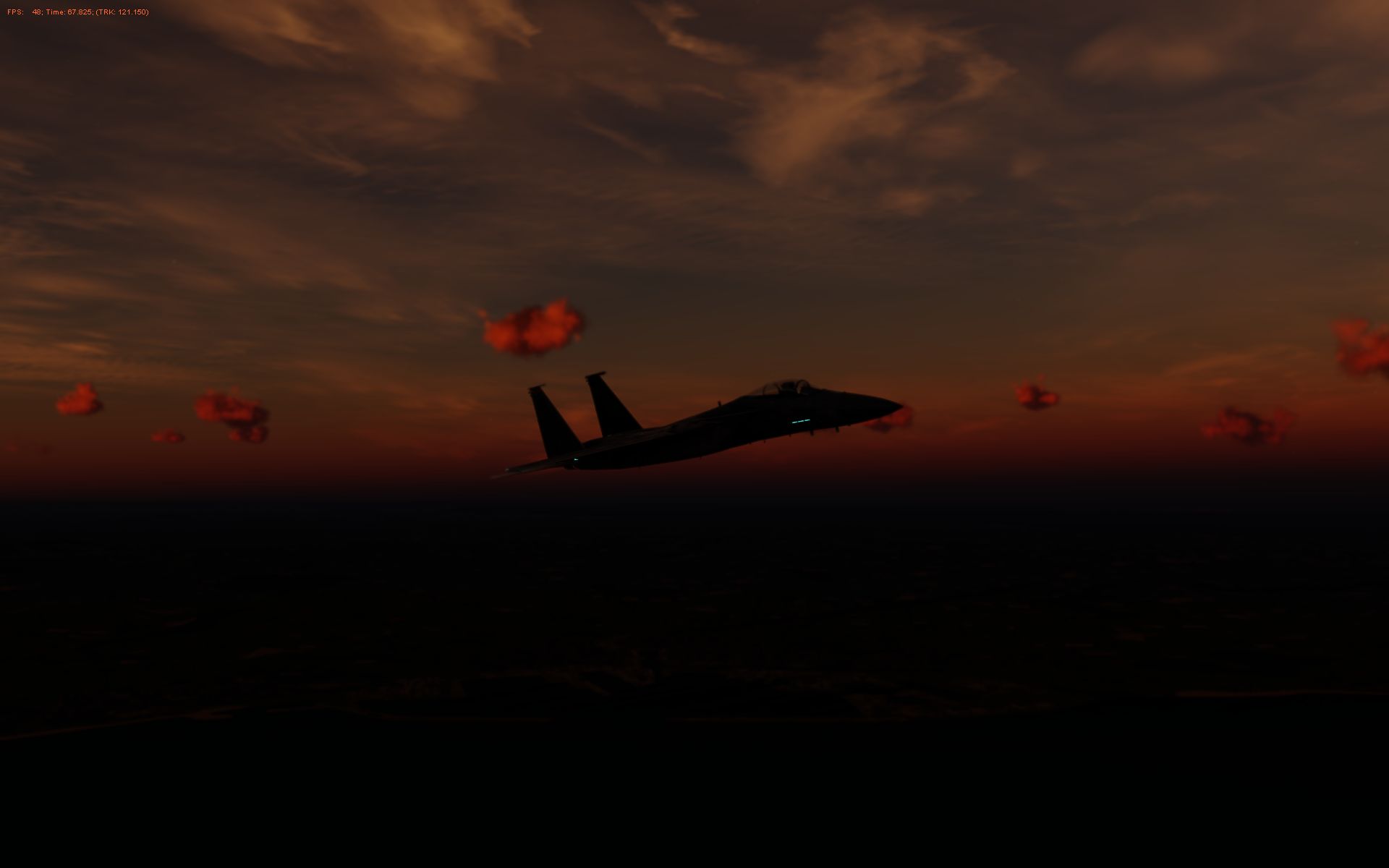 Playing around with some script to try to do some time-lapse thing with clouds. Failing so far, but a nice shot anyway.

Messed around with a time-lapse, as the sunsets are pretty.

5 posts were split to a new topic: Polychop Talks Futures

All your great screens makes me want to buy the NTTR before the 2.5 release

nope, I’ve noticed it too. Maybe Razbam is slowly working their way all around the color wheel until they figure out how to do it in green.

I was just hoping it wasnt something on my end. They’ll get it sorted.

Still learning how to get this gorgeous beast under control at low speeds and in the hover.

…and today I learned that the roadside light poles are collidable objects:

Something I’ve started doing, and I picked it up from what I think the actual pilot was doing in a YT vid, is using trim to fine tune the hover. Then use judicious movements on the stick. As speed and nozzle/flap angle change using the trim has really helped me. Maybe I was seeing things, but I could see the guy flicking his thumb on the trim hat as he got into position next to the ship, and on the way down.

Have y’all noticed that trees are destroyable? I need to get a screenshot to confirm what I saw, but I am 99% sure I set a tree on fire in the Normandy map.

I know because I was trying to destroy a MBT… and didn’t.

Great shots of the tanking, looks like Raz imported the same KC-130 from the FSX model, which is well detailed and of my primary gas stations in the sim. I’ve got to get a new gaming cpu and update to the DCS AV-8, pics and vids are highly motivating!

A little DACT from the other night. I’m flying the F-5