Given the announcement today of the DCS server bits, I was wondering if anyone had tried to run a DCS server on something temporary, like Amazon Web Services, i.e. AWS.

The idea would be to script something that would crank up a server just when it was needed, built it out (install just the free map etc) and then kill it when done, just paying for the time it is in use.

I imagine this has been tried already, so curious to see if it works or is even worth it. I imagine one downside might be the CPU requirements, i.e. for 10 people (max, i.e. small groups) then is the single core speed going to be the issue, unless it is a 4GHz clock speed?

There was talk about it on EDs board. I think CPU is an issue, as is the image footprint of the server. That’s a lot of IO to get that thing running.

Yep, I could imagine. Might be worth an experiment as it’s all disposable, they have the T, C(ompute) and such like classes as well. I was more picturing just something to stand-up for 5 people for an hour etc, and then script the bejebus out of it so that it could be ‘on demand’, i.e. run something, wait for 15 mins, play, destroy

Might be more viable price wise, by using a lower spec package.

The idea would be to script something that would crank up a server just when it was needed, built it out (install just the free map etc) and then kill it when done, just paying for the time it is in use.

Haha…hey kids…please turn out the lights when you leave the room!

It’s funny to think about, but a lot of server capacity is sort of like that, in that demand is detected, a server gets cloned and set-up completely automatically and then gets added to the ‘pool’ to be used.

Imagine something like five people lobby up in something new in DCS, and then it spins up a virtual MP server for them - the charge being 50 cents for a couple of hours play.

Big servers and MP groups need to be around a lot, but even in DCS there are servers sat empty during certain timezones etc, and pay-for-what-you-use might be a fit here. Dunno

I’m interested. But we might need a DCS Server Manager volunteer for that or something that can take care of updates and things. Discobot might take up arms against us if we put another hat on his head. 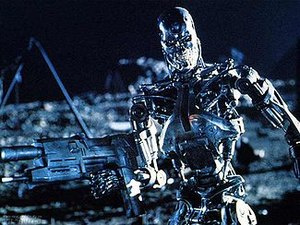 Oh, I didn’t mean a Mudspike thing. Like I was chatting to @Wes, it was more just about the experiment to do it. Something like Microsoft Azure or even a windowservercore docker container might work as well. It was more me just fiddling around with stuff for a what if.

For DCS the stuff that @Wes and @WreckingCrew run for Hollopoint is always available to jump on if needed etc.

Testing in DS mode now - it is lighter for sure. @WreckingCrew it would be worth doing for HolloPointe.
Rather than launch via command prompt, I just made a shortcut.

Webpage GUI in the background.

The little I3 seems happy enough!

I would like to add, the main DCS window is still open despite “NO RENDER”, except it just stays as the DCS startup splash screen. As stated by ED - you would have to terminate via task manager (or right click the icon in the task bar).

Clicking “STOP” in the webgui does stop the server but does not terminate the process.

I did take out the lines in the HP’s DCS autoexec.cfg for Render = False and Max FPS = 30. Will go to test it now.

One thing I don’t want to have happen is loading of the “next” mission, may have to set the slider switch to Loop.

When I type chat from the server console it shows me as “player”. But when I look in the server’s Multiplayer settings it shows the player’s name properly as “Hollo Pointe”. Is there a way to set the player name to “Hollo Pointe” in the new dedicated server?

I am able to remote control the server through my DCS account. But that seems like I would be the only administrator who can access it that way… so Teamviewer will still be needed for now.

I noticed that too. I don’t think that can be changed at the moment.

I think it would be good if they took the server off the player list and then let its chat show as “ServerAdmim” or something similar with maybe a special color code, like orange.

I read through the DCS thread, can’t change “player” in chat atm. I also tried a combination of ‘–webgui’ but left it off for now.

I went back to the old style with Render = False in the autoexec.cfg. After uploading a bunch of updated missions, the dedicated server still showed the old deleted missions in the list.

It looked to be working OK, though. Slmod was working fine, it seemed. But I did not like having to End Task to shut down DCS.

I’ve been running my squadron’s missions on AWS for the last month. I just run an ec2 instance for a few hours at a time and just then tear it down. Disk speed is an issue resulting in slower start up times than a typical desktop, otherwise I think it runs pretty well. t2.2xlarge I think would run well, though its likely more than necessary. I’ve managed to run DCS on a t3.medium (~$.10 an hour), but usually host squadron missions (typically ~10 pilots) on a z1d.large (~$.35 an hour).

https://ready-room.net is the service I’ve put together for this. I’ve just finished adding more AWS regions. To be fully transparent I’m basically asking for ~2x the AWS ec2 cost (and hoping this will cover overheads and tax).

Welcome to Mudspike @Noisy !
Thanks for the Server info…