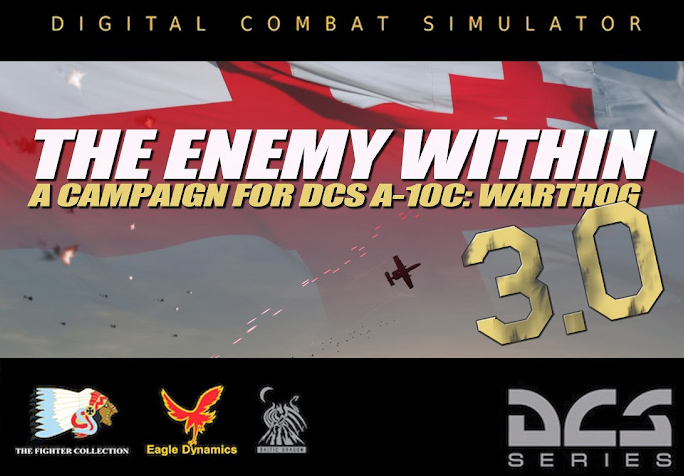 A fresh take on an old classic

Back when I wrote the original preview article about The Enemy Within campaign that was being imported into DCS World 2.0, talks were underway with Eagle Dynamics to offer the campaign as a payware DLC. The quality and work that went into the campaign by author Baltic Dragon was evident, and after polishing it up even further, the campaign was offered for sale as an official DCS module in December 2015. The campaign was widely acclaimed as one of the best applications of the complex DCS World mission editor to date. In the three years since the campaign was released, DCS World has evolved, merging separate branches, and new mission editor features have been continuously added. As well, the entire Caucasus theater was reworked with improved graphics and detail. Baltic Dragon, never content to stop improving on his masterpiece, decided to update and re-release his campaign as The Enemy Within 3.0.

More than an update

The campaign lets us single-player pilots back into the cockpit of the DCS A-10C Warthog for a twenty-one mission anti-terrorist campaign in Georgia. Twenty of the twenty-one missions have been completely rewritten, with additional background information, new mission layouts, new units, and superb new briefings. The new missions take advantage of improvements to DCS mission editor capabilities and graphics to add even more atmosphere and realism.

The twenty-one mission briefings are superb in every regard with a story behind what you are doing, a technical briefing, intel, target photos, maps, and detailed kneeboard pages. They are professionally written, formatted, and just really enhance the missions. They are critical reading as well, containing operational details that must be considered to accomplish the missions. 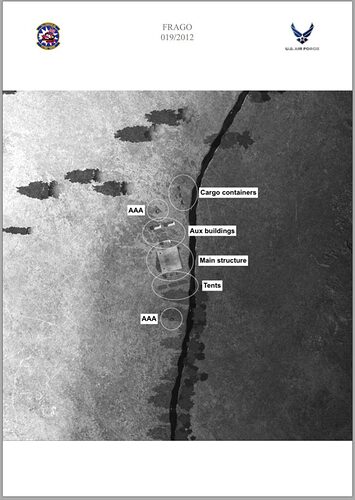 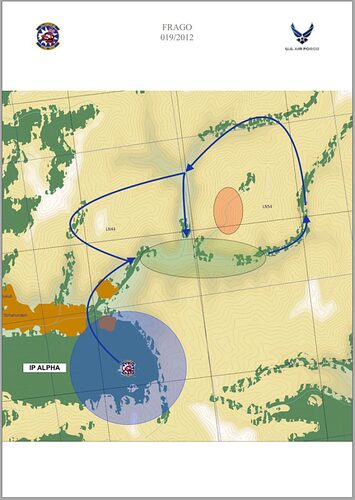 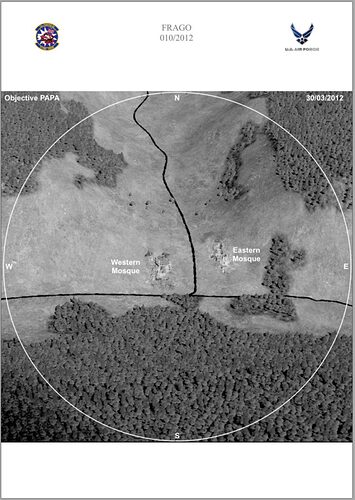 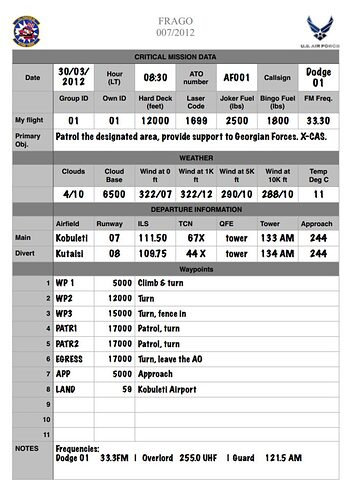 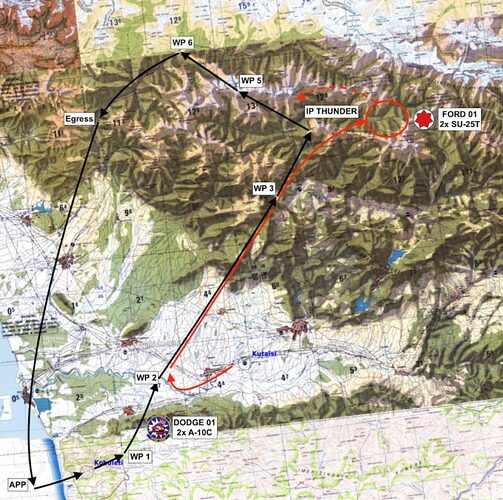 From the very beginning of the campaign, the missions require a fair working knowledge of the A-10C systems and weapons. Having largely been out of the A-10C for over a year, I was scrambling to refresh my systems knowledge. Of course, the best place to start for that is none other than Chuck’s A-10C Guide – a source of an enormous amount of easy-to-digest information. Specifically, I needed a refresher on entering new waypoint coordinates into the CDU, since the nature of many of the campaign missions include on-the-fly adjustments to the tasking. In addition to knowing how to add new navigation waypoints, you will be required to juggle three different radios to talk to all of the various players in each mission. Sometimes this will include: ATC, wingmen, overall theater commander, ground units, other flights, and some surprises as well. Knowing which radio you need to tune is essential since you cannot communicate without the correct frequencies being in the proper radios. It can get busy in the cockpit in some of the missions – to the point where I was reaching task saturation a few times, giving a glimpse into what it must be like to fly, fight, communicate, navigate, and accomplish the mission as a combat pilot. 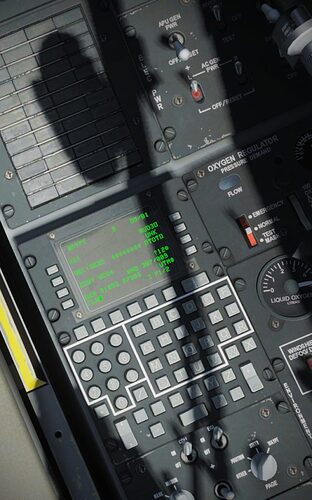 Baltic Dragon utilizes the F10 radio menu to great effect throughout the campaign, allowing you to recall target coordinates, order ground and air units to perform tasks, and provide for additional (optional) dialog between characters. I found that having a scratchpad ready to jot down notes was essential to managing the missions as they unfolded. You will also want to re-familiarize yourself with the A-10C autopilot because you will occasionally “need a moment” to digest and regroup. And since we are on the subject, you will also want to be versed in how to order your wingmen to perform certain tasks. Keeping wingmen on a leash, ordering them to orbit at safe locations, and specifying their weapon selection for specific purposes all combine to give a feeling of operating in a much larger environment than just your own aircraft. The decisions you make will directly affect the outcome of the mission.

Without spoiling any of the missions or giving away the story, your A-10C detachment will provide support for Georgian forces that are battling a terrorist insurgency – the Caucasus Liberation Army (CLA). Many of the missions occur in rugged and mountainous terrain that provide a constant challenge for target acquisition and prosecution. The updated Caucasus theater looks spectacular, and combined with the new DCS World graphics engine, lighting, smoke, fires, and explosions, the Enemy Within 3.0 experience is a huge improvement over the original. Take care when operating in deep valleys with an ordnance loaded aircraft, keep your head on a swivel, and take advantage of your sensors and stand-off weapons.

The mission briefings are detailed and should be referenced throughout the mission. As the mission unfolds, things may or may not change, perhaps requiring a modification to your plan. Pay attention to your ordnance expenditures and be careful to use the appropriate level of force – there are missions where collateral damage could result in a mission failure! Sometimes you will be on your own to assess and modify the mission, while other times there will be a JTAC or similar entity to help you out. The “danger close” type missions are a lot fun and require some precision flying and weapons use.

Baltic Dragon uses over 2,000 custom voiceovers throughout the course of the campaign to provide an immersive and seamless experience from mission to mission. Together with the story weaved into the briefings, the campaign unfolds in a believable manner that plays like a novel. I think it is important to mention too that the transmissions sound and feel authentic in that they don’t come across as corny or amateurish. Not all mission designers can hit just that right tone and mix of realism and playability – and Baltic Dragon is the master of it. Airbases are populated with other assets, and there is an excellent mix of mission types where you work in concert with various ground and air units. These interactions aren’t just haphazardly inserted, rather, they contribute to the story and the building of the reasons why you are in the theater.

It’s difficult to write a review of a campaign where you can’t give away spoilers or point to specific instances that really captivated you. The best attestation I can give to the quality of this campaign is that I had access to some preview missions months ago, and after flying a couple of them, I shelved the campaign to wait until the full retail release to preserve the story. A couple weeks ago, I bought the release campaign, and once I started it, I completed it in under a week (that is a LOT of flying to do in one week). The story was compelling, the fun of being back in the A-10C was fantastic, and at the end of each mission I wanted to peel back that next layer of the story. For the off-line player, the campaign provides easily over thirty hours or so of gameplay (it really depends on how proficient you are in the A-10C of course). Participating as a character in an evolving movie is a blast and I look forward to checking out Baltic Dragon’s M-2000C Red Flag campaign next! 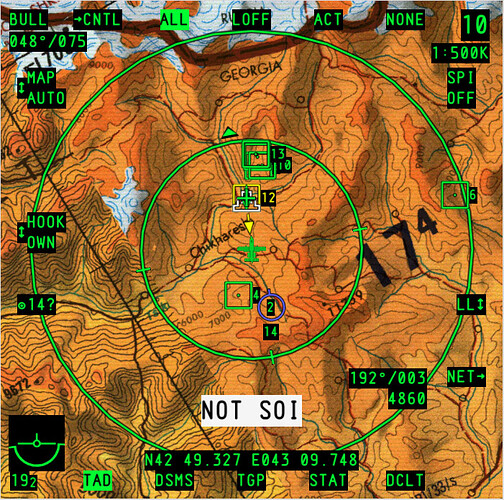 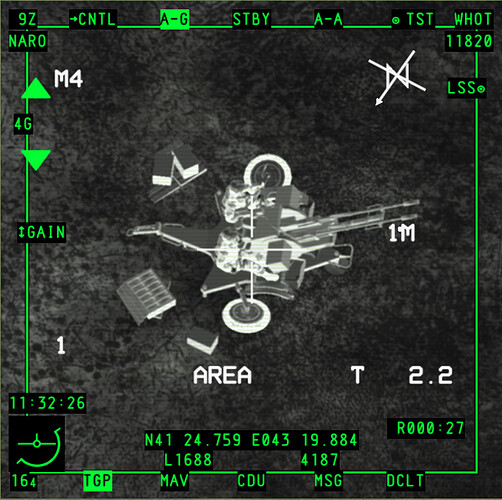 I’ve been wondering what to learn next in DCS as I’m inclined to park the Harrier until it’s a bit more bug-free. I was leaning towards the Mirage, alternating with the Viggen depending upon the day of the week and how often people are praising HeatBlur, or maybe revisiting the Huey… But now I have the overwhelming urge to learn the A10.

And can I just say but you’ve outdone yourself with some of those screenshots. There’s some absolutely gems in that lot. Just awesome.

Thanks Chris here too, for an excellent article. And I agree, the screens are great. I like the one with maverick hanging just above the Zu-23

As always Beach, a great review. I am definitely going to grab this Campaign

A couple of questions from a professional perspective:

When you write, “…uses over 2,000 custom voiceovers throughout the course of the campaign …” may I assume over 2000 voice clips. How many different voices?

You also mentioned: the transmissions sound and feel authentic in that they don’t come across as corny or amateurish. Not all mission designers can hit just that right tone and mix of realism and playability" Absolutely agree. For @Baltic_Dragon, without giving away any trade secrets, can you describe your thought process to hit "that right tone and mix "?

Beach, you also talked about the airbases being “alive” with various traffic. I feel that is very important for emersion. Even a little thing, like a fuel truck passing by as you are starting engines, gives you the feeling of being there. That said, every “fuel truck” is more CPU cycles. Do you know if DCS has a limit on AI platforms? Either or both the number that can be shown or number that can be “active” in a mission, even if they are invisible to the player?

@Hangar200 to answer your question - I can’t count right now but between 30-40, rather not less. Some appear only once, some (like your squadron pilots with their own callsigns) are recurring much more often.

As for the second question… difficult to tell. I just write it and then judge if it isn’t too much discussion or too dry. I don’t have a recipe I’m afraid…

As for AI assets, whenever I can I use static objects, as they don’t use CPU power.

Also one thing worth pointing out - I tried to think also about little details, like always using the same 6 bort numbers for 6 jet throughout the campaign. I even got a list of bort numbers used by the Flying Tigers in 2012 to make it more real

Thanks for the answers - great stuff. I think you are spot on with the attention to detail. Even if the user doesn’t consciously notice, I think it is noted on some level and adds to the realism.

I have worked with FSX/P3D missions where you can run into a couple of things that will bring you CPU to a crawl if you are not careful. One is AI platforms. FSX has a lot of usable airport clutter objects that don’t use many CPU cycles. To get realistic looking aircraft you really need to use AI even if it doesn’t move. The static scenery aircraft are OK for over on the other side of the airfield but not to park next to.