DCS UH-1H
Damaged pitot system can be repaired.
Player will not be able to interact with cockpit after all crew members are dead.

ahw no desert-Viggen just yet

I really really like this. Is it for every player-manned airframe?

@Sryan Do you want one personalised skin?

ahw no desert-Viggen just yet 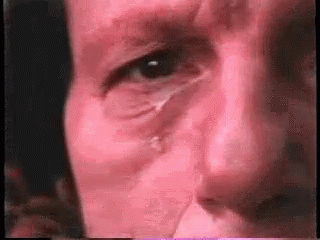 Oo oo, plus as @SkateZilla just reminded me, the Spitfire is in 2.0 now. That’ll do.

Took the Spitfire out in the desert for a bit. Great fun. Very North Africa.

Has the rudder trim changed? Didn’t seem to need hardly any on takeoff (and checked the 'Special / helpers were all off) so that seems different.

My FPS in VR dropped to 15-20 with the new update. I reverted back to the latest 2.0.4 and FPS was good again…
Anybody else?

Thanks @SkateZilla for the DCS updater utility, again!

I think mine did lose a bit too. Did you FPS internal counter (the DCS one) show as orange text this time around? Is that new? I keep dipping under 45 in ASW, while not noticing that before. Seems related to buildings a bit more this time around.

Yeah, internal FPS counter is a darker yellow, or orange.
2.0.5 is unplayable for me. At 15 FPS ASW makes jello of everything.
2.0.4 is a steady 45 with perfect ASW and sometimes 90 FPS.
Granted I have only tested it briefly, the Instant action F-5E take off mission.

Can do eaasy… if the template is available.

New DCS World 2.0.5 update. I did not see this posted anywhere else:

Sadly, some critical issues still not fixed because we can’t reproduce them and find a reason. However, we still working on it and hope to resolve these issues ASAP.

Have to think that with the fix to the F-15C they wanted to release it soonest. Good for them.