Racoon and Yo-Yo talk about the new damage model on develop by Eagle Dynamics, very interesting details has planned:
http://forums.eagle.ru/showthread.php?t=170625 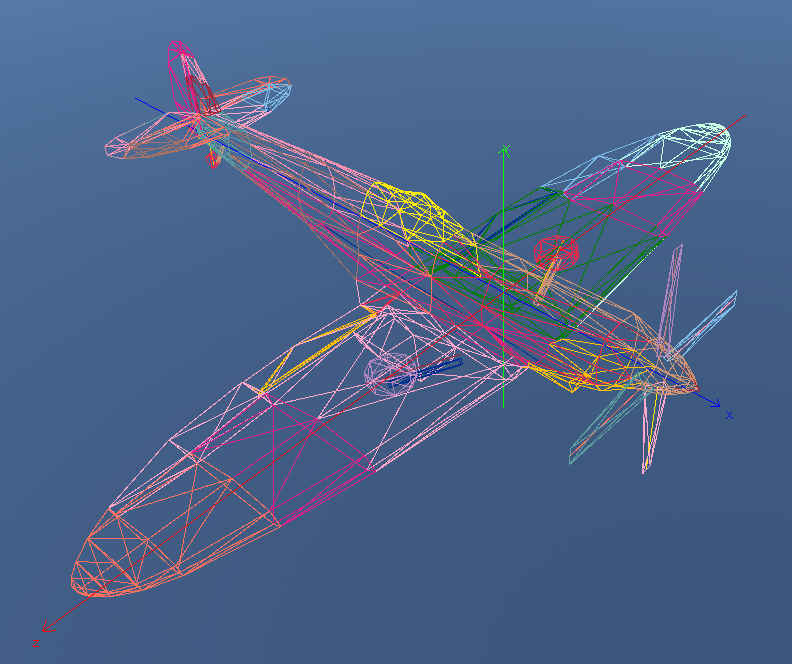 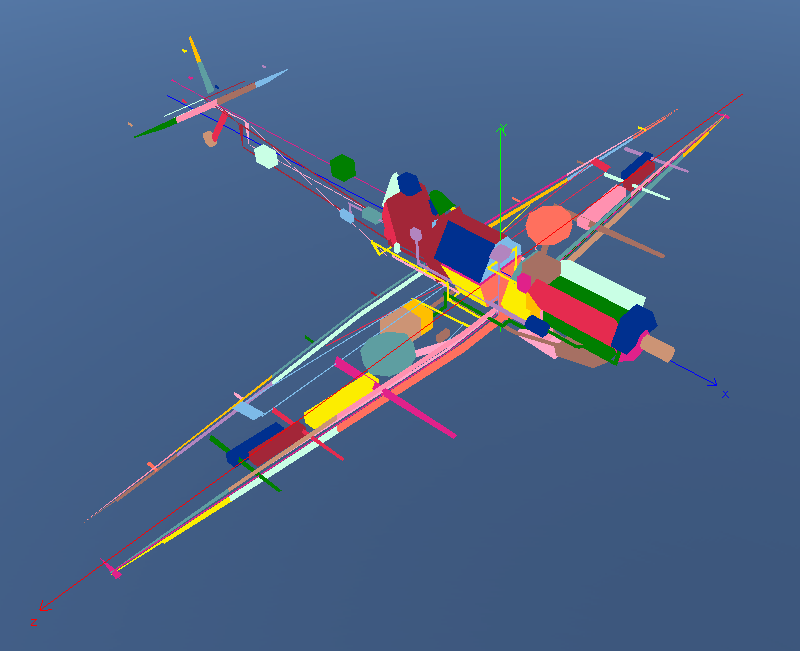 and a oftopic, ED has plans to a new P-51 version centered on Normandy theater.
http://forums.eagle.ru/showpost.php?p=2845701&postcount=4

Yeah…that’ll be great for you guys that damage airplanes. Me…being the ace pilot that I am…never get to see the damage model in action. Never a scratch…never… 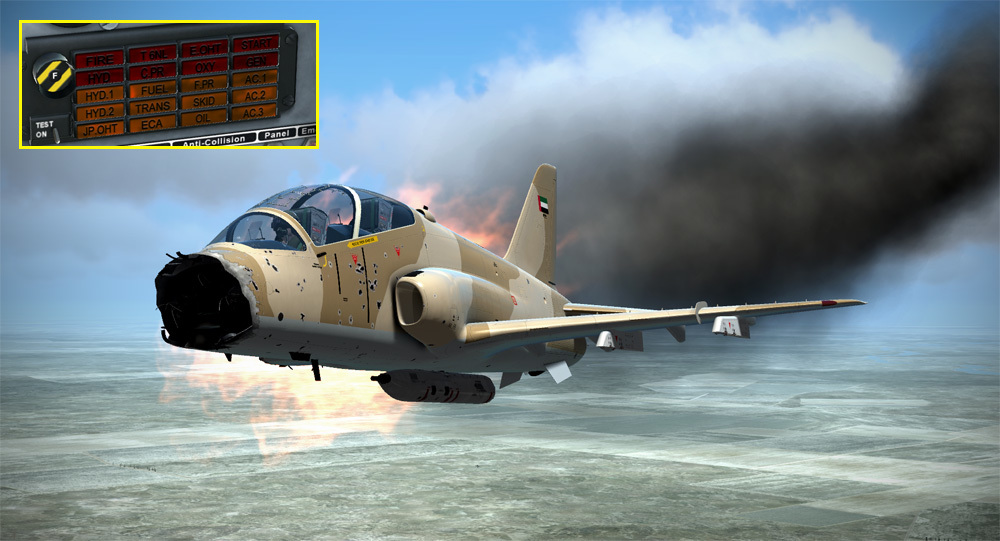 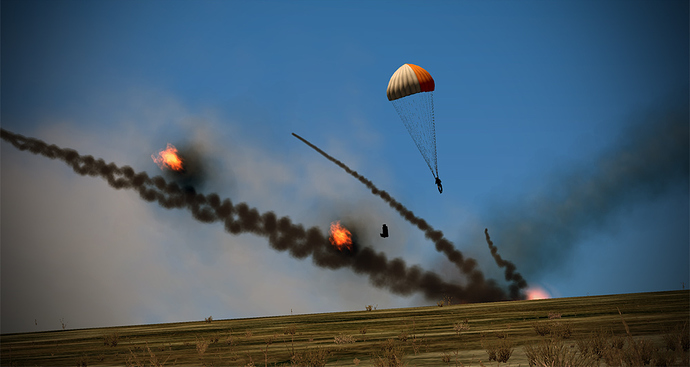 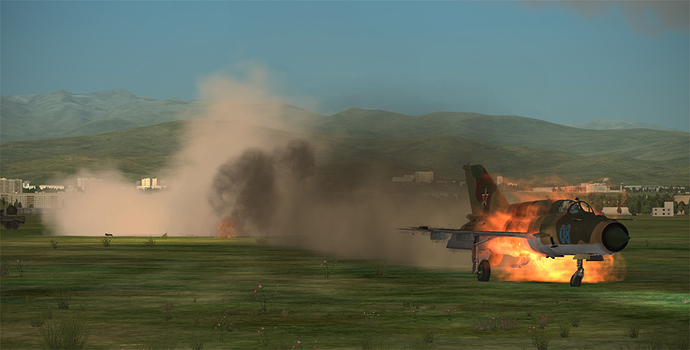 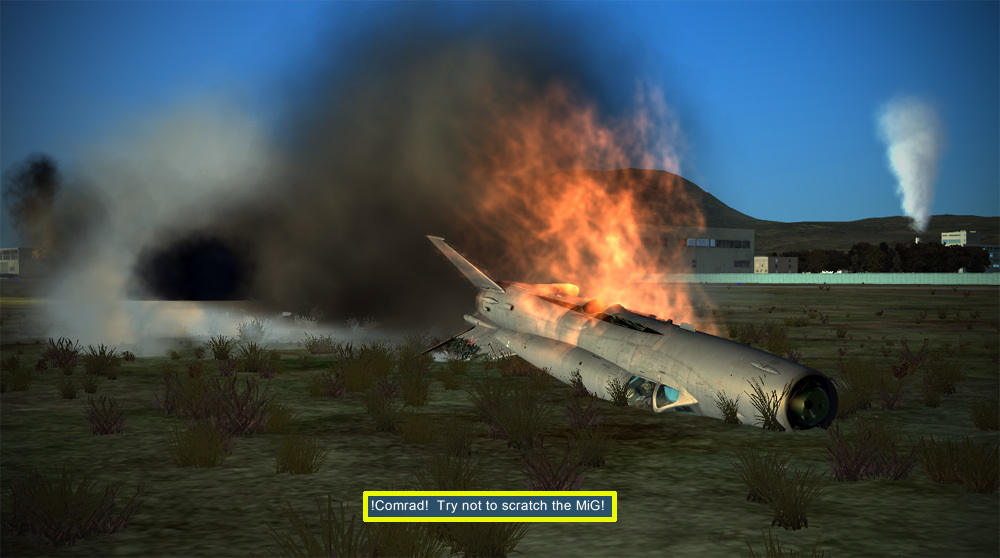 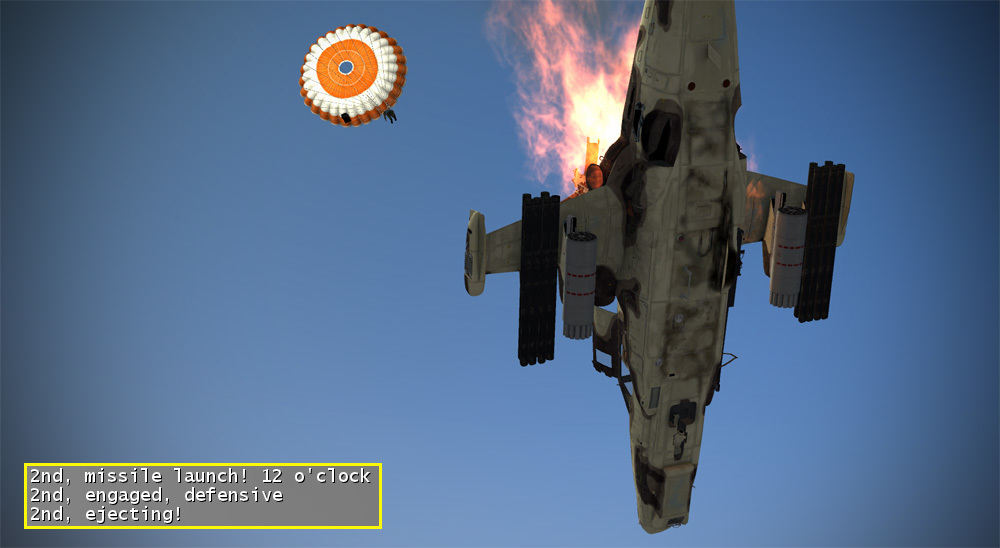 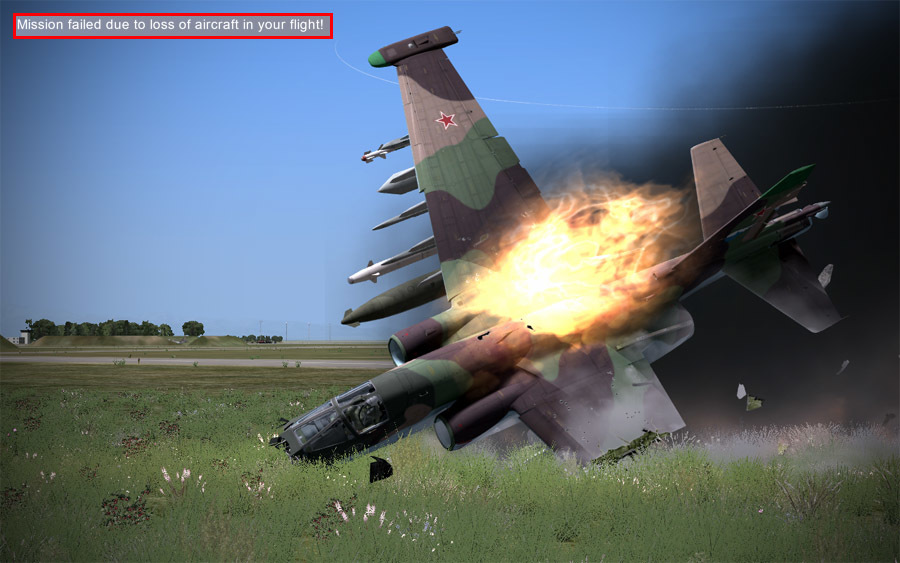 We need a damage/crash compilation set to this.

I don’t even blame you for that Mig-21, that seems its natural status, fast and on fire.

I don’t even blame you for that Mig-21, that seems its natural status, fast and on fire.

I still remember my first few landings in the Su-25T. I believe that was one of the first early ED products that had the advanced flight model…and I was just floored at how dynamic landing that thing was (and still is). Way too much fun…

Ah yes, indeed. My first few flights in the SU-25T felt like it was with a certain sense of interaction, it felt like the world was there instead of well, whatever FSX has. I miss the time when FSX’ visuals didn’t matter to me.

Man you just brought back memories of my first DCS flights, I had the same reaction lol. I just remember staring at my screen confused and in awe as my Su-25 cartwheeled down the runway shedding parts left and right.

Man you just brought back memories of my first DCS flights, I had the same reaction lol. I just remember staring at my screen confused and in awe as my Su-25 cartwheeled down the runway shedding parts left and right.

…and kept happening ever since, when you try to land it again!

Sorry sorry, was too good to pass on it.

…and kept happening ever since, when you try to land it again!

Sorry sorry, was too good to pass on it.

LOL, I know.
Why? Because that was actually MY experience!

Now, if we were talking about this plane… The Ilyushin Il-40 (NATO reporting name: Brawny) was a two-seat Soviet jet-engined armored ground-attack aircraft. The first prototype flew in 1953 and was very successful except when it fired its guns, as their combustion gasses disturbed the airflow into the engines and caused them to flameout or hiccup. Remedying this problem took over a year and involved the radical change of moving the engine air intakes all the way to the very front of the aircraft and repositioning the guns from the tip 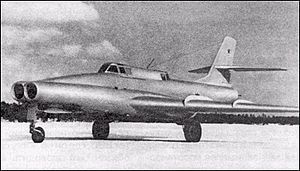 …I wouldn’t even complain- any accident could only improve its shape and aerodynamics!

Huh… I’m not familiar with the Il-40… but I immediately thought of the Il-102 which it turns out was the further development of the the Il-40. Not gonna lie, the Il-102 is one of my fav oddball soviet aircraft. The Ilyushin Il-102 was an experimental jet-powered ground-attack aircraft designed by Ilyushin. This aircraft was never chosen for production, being surpassed by the Su-25, and only a few development prototypes were built. In 1967, the Soviet Air Forces drew up a specification for a jet-powered shturmovik or armoured ground attack aircraft. While Sukhoi designed an all-new single seat aircraft, the Su-25, Ilyushin proposed a modified version of their Il-40 of 1953 under the designation Il-42,...

It does look remarkably logical in its development. Considering the advancements that other russian planes had in thei operative life- I wonder what could’ve become of this!

Glowing Amraam showed us the new projectile impact effects on the forums.

Glowing Amraam mercilessly presses his attack so we can get a good view of the new impact effects on aircraft. He did so over on the forums.

Does this mean the AI will finally suffer similar/same effects as players when taking hits? i.e. a BB gun to a radiator causing a coolant leak that slowly drags down performance?

Seeing the visual effects improved is nice, but thus far my major gripe has been that DCS WWII takes catastrophic damage to kick the AI out of the fight.

It should soon change, an improved DM is in the works. Afaik currently DCS just operates with hitpoint bars for AI units.

I believe I remember they said so. They gave an example where on the B-17 some systems are present on one of the engines that are not reduntantly present on the others (I believe it was the inner left one but don’t quote me on that). The AI will even attempt to actively target such components if they can dial in the shot on such locations.