The 4YA server hosted a 1-life event today. Here are some screenies of the action. 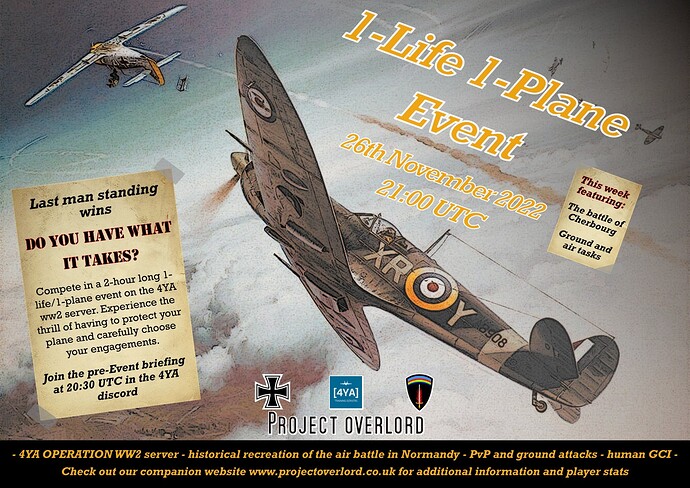 Unfortunately, my adventure ends over Beuzeville as I am shot out of the sky by a Bf.109. Dodo Flight is no more. Whew, what a day that was!

Nice one Chuck. Thanks for the write up, love the mossie!

Thanks for this awesome post and the superb screenshots!

Welcome to Mudspike @NightOwl ! Do I spot an Anton in your profile picture?

Do I spot an Anton in your profile picture?

Well there’s supposed to be some form of cult

There definitely is some sort of secret cult around it

and oh yeah, that’s my favourite

I would probably feel the same about the Anton if I gave it a chance. It feels so similar to the Dora.

I love the Dora’s cockpit but am always disappointed in its fragile water-cooled engine, slow climb rate and bad performance at low altitude. I invariably have to put up with the K4’s terrible pit because I can’t go without the insane performance.

But I very rarely fly the warbirds so I shouldn’t add another hangar queen.