Small JF-17 Update from Delka. Interesting use of the “Special” tab in the Options menu for the CM programing. Really highlights the growing need for a better mission planner.

We will be updating our progress with some images and a “2019 Airport” ILS landing video here.

One of our main focus in recent month is the UFCP, which is the main input device for important systems such as navigation and IFF.

DTC card settings including IFF, navigation and countermeasures will be presented in game configs, and you’ll be loading it to the aircraft systems during pre-flight, otherwise most of the systems will receive no preset data and will be rendered unusable. A wrong IFF encoding key may even get you killed as we implemented some rudimentary IFF procedures.

We’re planning to launch our early access product in summer 2019 if nothing goes wrong. 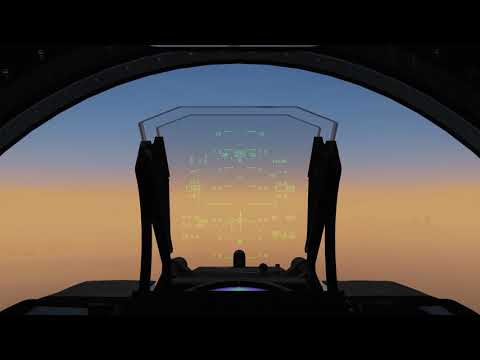 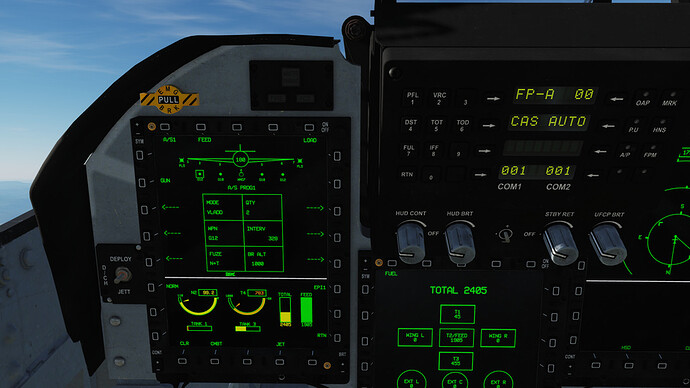 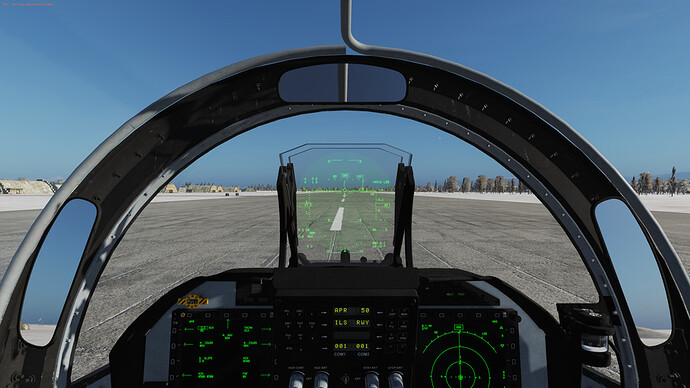 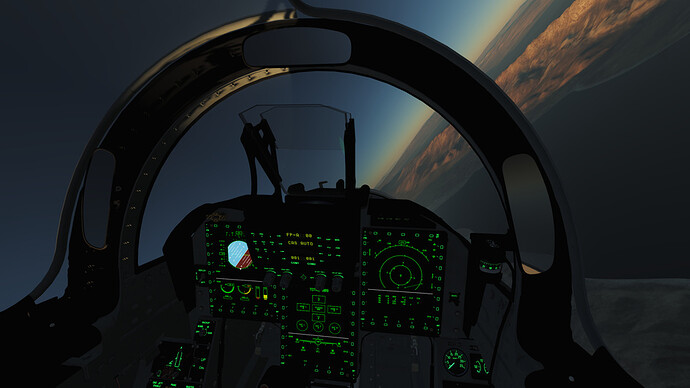 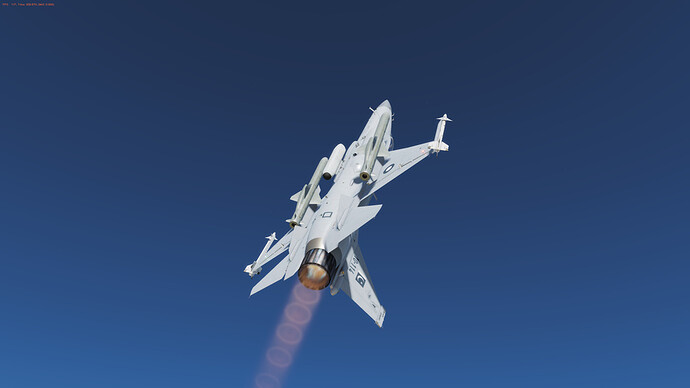 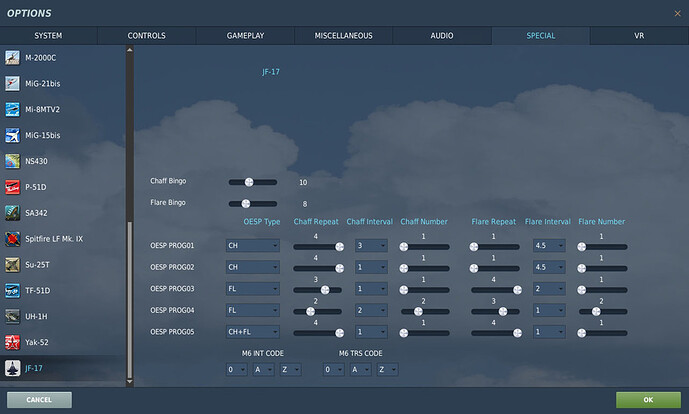 Looks like Deka is getting close enough to EA for the JF-17 to start doing academic videos.

I was cautiously looking forward to this before, but after the video, WOW!

We’ve got working A-G radar, TGP, pseudo JSOW and Maverick, plus who knows what else, in a platform that looks like a lightweight F-16. And the avionics look very advanced too. Color me very interested!

And the TGP focusing is pretty incredible too. It’s little details like that that really set a module apart.

Honestly, with its glass cockpit, TGP, advanced A-G weapons, active A-A missiles, F-16 like performance, and not being a US aircraft, I think Deka have a sleeper/winner on their hands…

I’m optimistic for the simple fact it’s going to give an option for red to employ some high-tech weapons and level the playing field against blue. Even though the JF-17 isn’t explicitly a red side jet, it’ll still be something that’s not western focused, full fidelity, and high tech.

I see the future of DCS multiplayer as being primarily JF-17s vs F/A-18s, if the current trend is anything to go by.

I’m optimistic for the simple fact it’s going to give an option for red to employ some high-tech weapons and level the playing field against blue. Even though the JF-17 isn’t explicitly a red side jet, it’ll still be something that’s not western focused, full fidelity, and high tech.

More or less my thoughts. I’m really hoping Deka will be successful and that Red players will embrace the JF-17, even though its not a traditional Red jet.

That would be amazing

I think Deka have a sleeper/winner on their hands…

Not to mention it is an obscure enough aircraft that you won’t (well, you will) have dozens of armchair experts pulling out graphs and charts from 1980 showing how its cornering speed is off by 20 knots or that its radar range should be 10nm more. I say that, but of course it will happen anyway.

Exactly. And honestly, I think a DCS dynamic campaign, or persistent server campaign would be a LOT more fun without the Deus Ex Machina weapons from the book.

Now if only we had better surface/ submarine combat in-game. That was my biggest disappointment from the book, especially after playing a bit of Cold Waters and reading Tom Clancy’s SSN (he predicted a Spratley Islands war 20+ years ago).

Figure I’ll throw some healthy devil’s advocacy into the mix:

Large “All Purpose” Displays:
With ED’s recent issue with the SA page on the Hornet bogging down some users games when it’s a busy environment - have a display that does so many things is equally a recipe for performance issues, especially for those on older hardware.

Battle damage can easily knock this jet out, as nearly all your instrumentation up front is gone is those displays lose power. Don’t get me wrong - I love data on the HUD (especially climb/sink rate!) but having gauges on the from dash I consider a much needed backup. I’d prefer not to eject at the first sign of trouble.

Am I going to buy it? Probably - I mean, you can’t deny using a TGP on a tablet sized screen kicks ass compared to MFD’s.

Depending on how it works, the displays should have an emergency back up mode in event of failure. But by the same token, if you’ve taken enough damage to cause display failure, you’re probably looking at cranking the chicken switch anyways. Just look at how often the Bug is taken out of action by one hit, assuming it survives.

Well the bugs odd damage behavior aside, I was thinking along the lines of the A-10C where you can get a MFD failure and not much else (putting aside the expectation for an A/C to be as tough as the A-10C) which should be within the realm of possibility, even if unlikely.

Finally managed to look at that and boy I’m IMPRESSED! Great job!

Thing is, most of the modern digital displays are as reliable as the old steam gauges; even the AH-64E has gone to digital standby gauges in place of the old ones. In essence, it’s become a case of if you’ve lost them in that fashion, most of the rest of the aircraft is unlikely to be in flying condition.

The audio mix has her voice a bit subsided, sadly.
But alas…

Serious question: is this module a proper DCS “pay for it” module or some mod?

Proper module afaik, and I’ll gladly pay. They are rocking it with their asset pack. I very much wish them to succeed.

A lot of it has to do with where said instruments are taking readings from; if your standby instruments are also getting fed from the avionics bus or other instrumentation source that takes your primary hit, yes, you’ll lose secondary indications. If they’re taking readings from separate, redundant sensors, either a steam gauge or a small, battery-powered indicator will work (or it may be powered from grew sensor to which it’s attached).

Just look at how often the Bug is taken out of action by one hit, assuming it survives.

I took some small caliber bullets the other day from a low pass over Vasili Zaytsev’s tanker brother and took some machine gun bullets. My hornet didn’t give a peep and no damage was visible, but my HUD and MFD’s all got ‘stuck’ and I had to shoot the MiG’s playing the sidewinders by ear and the gun by kentucky windage. Was fun!