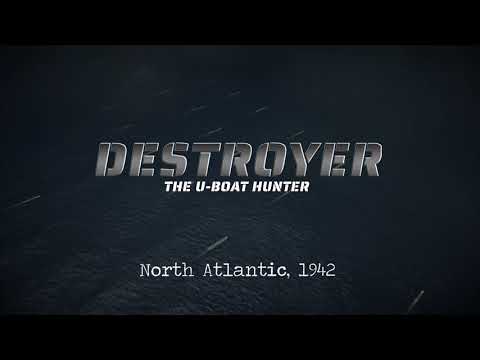 That looks very promising! It is the same publisher (but not studio) that brought us UBOAT. I don’t think there’s ever been a sim or game that gave this much attention to the stations and systems on a Fletcher class before. I certainly feel blessed with so many promising naval games coming up.

That looks very cool, I was expecting a rehash of destroyer command. I will be adding that to the wishlist.

That gameplay looks a lot like the movie Greyhound, with the nuts and bolts expanded upon. Could be really neat!

Radar contact of a Uboat - must be on the surface…

Or perhaps the periscope?

Of course in WWII, didn’t they often attack at the surface? I’m not a naval historian by any means.

I’ll be honest I don’t know if a WW2 radar would have had the ability to detect a periscope, a possibility I suppose. A surfaced Uboat would be much more likely, 8000 yards seems a little close to be surfaced, but the war is full of stories of submarine skippers being caught out when they though they were safe.

You can now sign up for the playtest on steam that will give you the tutorials (currently non-interactive. They show you each station and explain what it does) and one scenario to tackle for free. It’s fun but really hard! A lot of new systems to get used to, not to mention getting a good lead. The use of the TRR (Tactical Range Recorder) still largely eludes me.

Downloaded the demo, gotta say I’m excited. While it may be a little “gamey” if you will, it reminds me of a lot of golden age sims. The fidelity may not be 100%, you sure feel like you are actually trying to run down (some times literally) a Uboat. The sonar calls as you get closer and closer trying to figure out the right depth, and which way the sub may break creates a wonderful sense of tension as you near the release point. Actually get a sub kill is definitely work, and a lot of fun to get competent at it.

My most favourite ship ever.

It is out on Early Access on Steam. Here is one stream on it out today. Other videos are popping up as well.