It looks to me like they have extended the map about 60-80 miles in all directions. There is now the possibility that a few more bases could eventually make it into this map. Doubtful E.D. will make them, but with the new ability drop airbases into existing maps, one can hope for community or DLC add-ons. NAS Lemoore is now just barely in the Satellite imagery, as is Point Mugu. NAS Fallon is no longer on the very edge. I sincerely hope the Pacific Ocean gets “Cut Out” by the time this map is finalized. That way we can use Aircraft carriers in this map as well. The ultimate dream come true for me at least, is for the map to be extended even further South to include NAS Miramar and MCAS Yuma. Then we would have homes for Harriers and Tomcats. 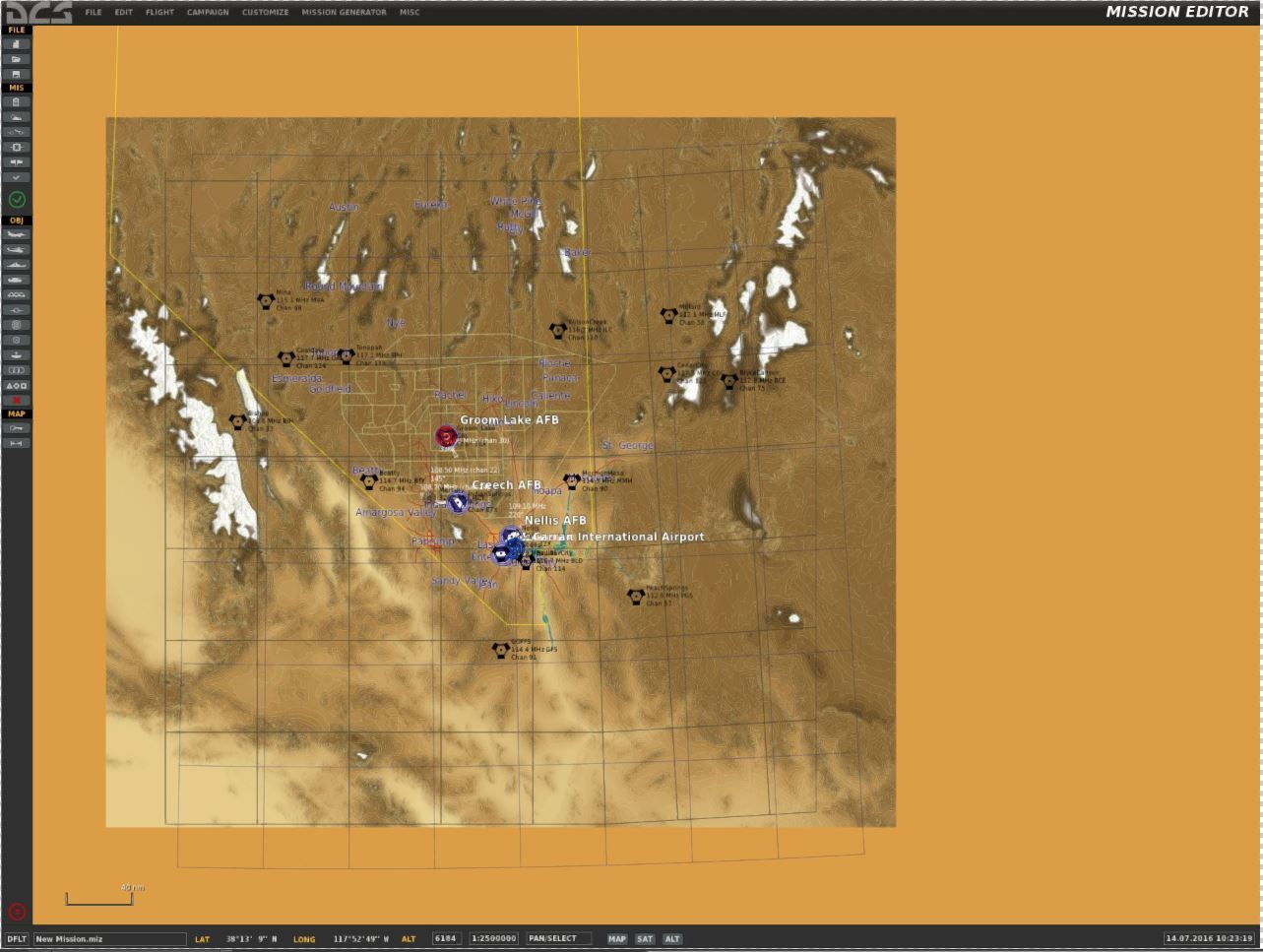 Makes perfect sense to have Lemoore and Point Mugu with the Hornet and Tomcat on deck.

Don’t get your hopes up. It’s been that big since release. @EinsteinEP and myself got into a argument over it where he insinuated I couldn’t read a map after I saw how far the bounds of the map stretched

As far as I know with the exception of the previously talked about airfields up at Tonopah, they only plan to add in the National Training Center at Fort Irwin, and possibly the B-17 range up at Fallon but not Fallon itself.

We continue working on improvements to the Nevada map that includes fixing bugs and implementing new features. The following will be available in the coming months:

When these additional features are added and the module is final, the cost of the map will likely increase. However, these new features will be free to those that already own the map.
[/quote]

but all is EVERYTHING IS SUBJECT TO CHANGE

I’m sure we are all aware of the generic repeated texture pattern outside of the Imagery area on this map. It is very much possible to fly well outside of the coverage area. My thought is that E.D. Could easily future proof this map by leaving it just the way it is, but cutting out the California Coast line to the West. Leave the generic textures. Later DLC modules could add detailed Airports, which would include new backround imagery, and elevation data in the direct vicinity of the new airport. It would be Very much the same business model of ORBX. It would also keep this map data size down, and allow E.D. to finalize which airbases are included in the consumer release. Just a simple vector based coast line is all that would need to be added to the existing map.

This plan would Allow for Razbam to create a MCAS Yuma to be bundled with the Harrier. Leatherneck could create NAS Miramar for the Tomcat of course. Belsimtek could create Camp Pendelton to go with their AH-1W

. Oh hay, look down there in Matt Wagner’s neck of the woods, it’s Luke AFB, home of the F-16 hint hint.

Is this a dream, or a sound business plan? Matt’s already eluded to this tech being in development.

I’m sure ED would eventually love to do something like this, but there are only so many hours a day, so many days a week, and they’ve got three maps, at least one module, and who knows what else in development, and of these things take time.

Fwiw Razbam has repeatedly denied they’re in the map game at the moment. On a personal front, I’d honestly rather see development poured into the Persian Gulf, Baltic Sea, Normandy, and wherever the heck Leatherneck is sending their Tomcat, etc. etc., but to each their own.

How about a water map with a few islands really quickly? #tankerwadestiredsubject

wherever the heck Leatherneck is sending their Tomcat

How about a water map with a few islands really quickly?

Hey, with sufficiently well detailed/modeled carrier ops (for a BLUFOR and REDFOR), more fleshed out naval units (including civilian vessels) and maybe improving the weather engine a bit, I’d be all about it!