Did You Play kingdom Hearts?

My parents were never interested in videogame’s, and would never even try to play one with me;
It just wasn’t a part of their world.

Their memories/ideas of video games were of mono-colored squares at 3 frames per second, and sounds and music that went beep and boop.

Only for children, teens and immature adults.

I was never given the chance to introduce them to the deep storylines and full orchestral extravaganzas they had become for my generation.

Well, what brought this on?

I was talking to a group of friends recently, and found that every single one of them that played the original Kingdom Hearts says that they sat and cried at the end. After crossing so many worlds, meeting so many unforgettable characters, suffering so much loss and redemption…

And then, in the end, watching Mickey Mouse’s (Yeah, Mickey Mouse’s) final sacrifice to protect all the endless possible worlds and universes.

Hard to explain the feeling. Sad to know that so many will never even know whut’ the heck I’m blathering about. 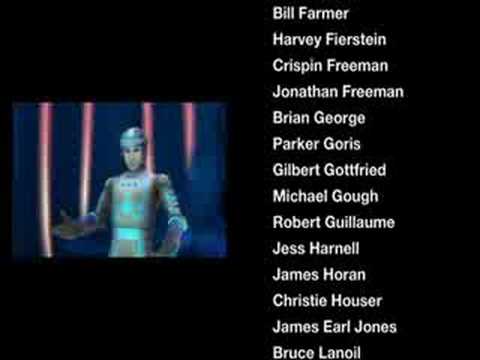 I know it is a timeless classic but it just isn’t my niche.

@HiFlyer Oh boy - I know what you mean… It’s a long story, but I know.

Had never heard of it until this thread. I see that it was released in 2002 so it makes sense I would have missed it.

I think a lot of people who had played previous Square-Enix games, or even other Japanese style RPG’s were pretty skeptical when imagining that style somehow working with Disney.

And truly, there are many moments that could easily have crossed from making a player/viewer smile, to making them roll their eyes.

It was a delicate balance that despite all odds (and with a lot of give and take from both Disney and Square-Enix) somehow, miraculously worked, spawning a completely new type of “massive big-budget storytelling” games that eventually led almost directly to things like Mass Effect, The Witcher, A Plague Tale, and now too many others to count.

To the young people of the time, in their homes perhaps sprawled on the couch or sitting on the floor, or sequestered in their rooms, it was the birth of a new artform like nothing they had ever seen before, dwarfing even things like Final Fantasy 7 and its turning points like the death of Aerith (Which bummed-out/depressed just about every player I knew, for weeks)

A new emotional depth of connection, for games.

Even now, it’s hard to find somebody from the era who doesn’t know of Sephiroth, and recognize his menacing theme. Kingdom hearts hit us even harder.

I think it actually changed gaming.

Anyway, I was just talking to my ex-girls oldest son (we still keep up) and I guess we’re both revving up to try the Kingdom Hearts 3 PC version.

He’s excited, and I’m a bit apprehensive, wondering if I’m still fast enough to keep up!

Both of us admit the story has now become so deep and complicated, that we had, just coincidentally, made the same decision to watch a video trying to get people back up to snuff on the complex character and story arc’s at this point.

Even war and peace is not this dense!!

This may take a while, as the vid is more than an hour, and still only brings us so far. Its agreed by just about everyone at this point that only the most dedicated completionists fully understand the entire plot of the kingdom hearts saga now, and I realize with a bit of eniu that by the time Kingdom hearts 5 arrives, I might not even be (twitch-reflex) fast enough to play the battle scenes any more!

I remember when I was a kid, my uncle watching me play a game (not Kingdom Hearts) and commenting that I was moving so fast he couldn’t even see what was actually happening on-screen. And he was not even much more than thirty-something at the time. I feel like that sometimes, watching my nieces and nephews, now.

But there’s always hope, which was the whole point, wasn’t it?